Lunar soil samples arrived at Hunan, and why is this sample so unique?

On December 23rd, lunar soil samples retrieved by China’s Chang’e-5 lunar lander arrived at Hunan, and later were shipped to Shaoshan. It became the center of public attention once again.

Why are we “digging” soils in the moon? What are lunar soils samples retrieved by China’s Chang’e-5 lunar lander ? And what kind of scientific value can be found from these samples? 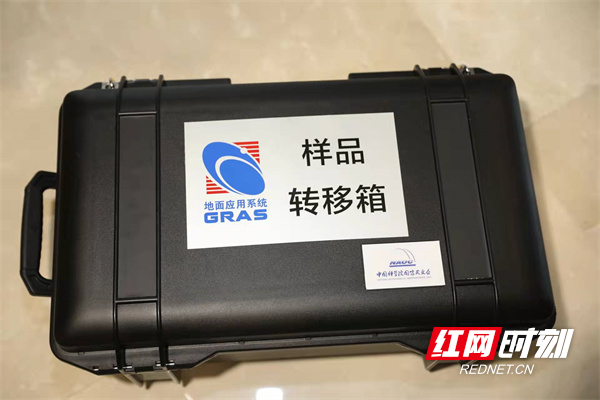 From outer space: a record of the moon’s geological history

The return capsule of the Chang'e-5 probe landed on December 17, 2020 in north China's Inner Mongolia Autonomous Region with 1,731 grams of soil from the Moon. These sample come from northeastern region of the moon. These soils were formed after eruptions of volcanos, and these volcanic rocks preserve records of the moon's magmatic evolution. They are given the name, basalt.

What is basalt from the moon?

Basalt is an aphanitic extrusive igneous rock formed from the rapid cooling of low-viscosity lava rich in magnesium and iron exposed at or very near the surface of the moon. It is a sign of volcanic activity. The volcano become extinct because it no longer has a magma supply, and extinction stands for the end of the moon's magmatic evolution. Therefore, researches on basalt from the moon can reveal geological composition and magmatic activity. 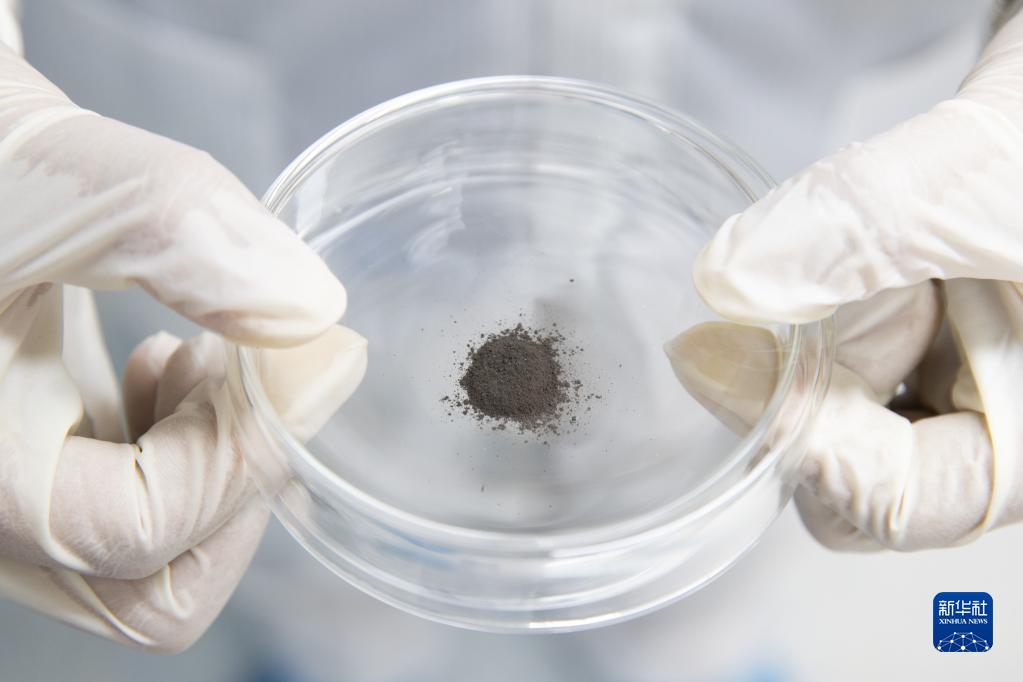 On October 15th, Tian Hengci, a researcher, gives lunar soils a proper treatment at the laboratory.

According to studies based on lunar meteorites and lunar soil samples retrieved by U.S. and U.S.S.R., the moon had magmatic activity between 2.8 billion and 3 billion years ago.The lunar maria, composed by basalts, are results from ancient volcanic eruptions. However, causes and the exact date of late volcano activities are at the center of scientific debate.

Regulations on usage and research of lunar soils

How to use these lunar soils sample always draws public attentions.

Samples will be used for scientific analysis, and be stored properly. Also, it will be used for public educational programs and exhibitions. Regulation also points out that international cooperations in studying the samples are encouraged. 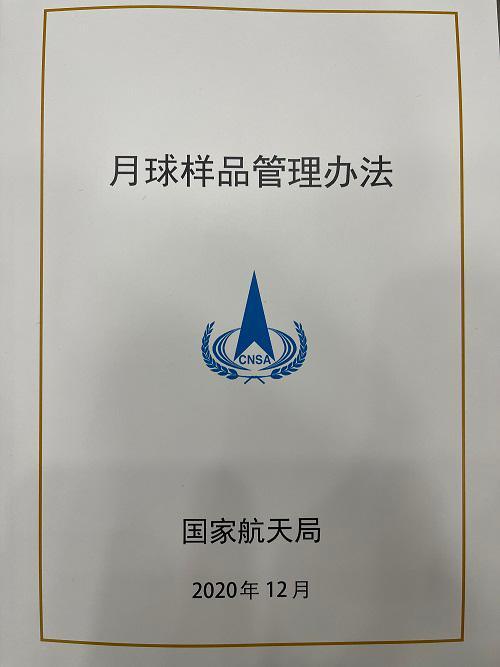 How to conduct researches on this sample?

On July 12th, lunar soils sample distribution opening ceremony held. By the deadline, 85 applications from 23 scientific research entities, such as Ministry of Education, Ministry of Industry and Information Technology, Chinese Academy of Sciences and so on, had been received. 31 applications were approved, and 17.4764 grams of the sample were distributed.

On October 8th, the second round of distribution list was published. 51 applications from 17 scientific research entities were approved. Distributed sample weights 17.936 grams.

Zhu Rixiang, an academician in Chinese Academy of Sciences, stated that current researches are conducted in three major directions: First, the sample will be used to cultivate scientific talents because Chinese scientists cannot obtain Apollo samples; second, based on scientifically approved studies of it, scientists possibly make breakthroughs on comprehending evolution of the moon; third, it can guide future development of lunar and outer spatial probes. 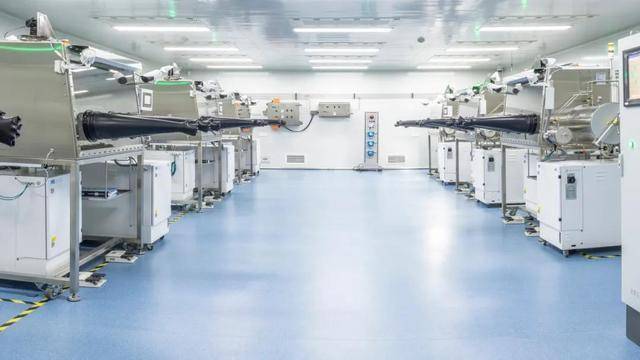 People on earth always hold reveries of the moon. As U.S., U.S.S.R. and China have retrieved lunar soils, these samples demystify the moon through the lens of microscope.

Erica Jawin, a geologist from Smithsonian National Museum of Natural History, claimed that lunar soils sample will transform our comprehensions of lunar surface system, origin of the moon and evolution of solar system.

For instance, chemists had analyzed compositions of isotopes found in samples, and considered that soils are older than ones from earth. The age falls in the range between 3 and 4.5 billion years ago. Based on these informations, they create a model to calculate age in any areas of the moon.

Deng Yongchun, a researcher from The National Astronomical Observatories of the Chinese Academy of Sciences, considers that lunar soils are found in transitional areas between lithosphere and the solar system, and contain large amounts of scientific information. Research topics should not be limited to study on the moon, but extend to the solar system. The sample contains records of evolution of the solar system, histories regarding cosmic ray exposure and solar radiation, composition of the solar wind, characteristics of solar surface system and meteorites that impact the moon. 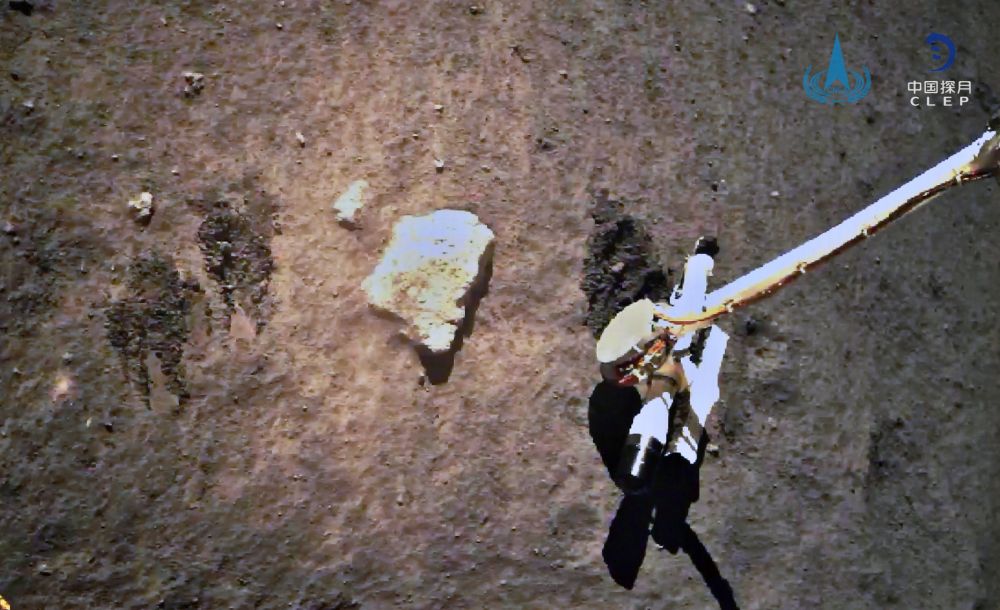 Researches on lunar soils sample is essential to development of the moon’s natural resources. One of major results found from this sample is that lunar soils contain helium-3.

Helium-3 is considered as an energy source for safe and effective nuclear fission reactions. Energies generated from one hundred tons of helium-3 is equivalent to the total consumed energy of the world in one year. There is limited helium-3 on earth, and only five hundred kilograms of it are easily obtainable. However, there is the possibility that the moon has more helium-3 than earth does. Possible mining of helium-3 is a driving force for different nations’ lunar probes. 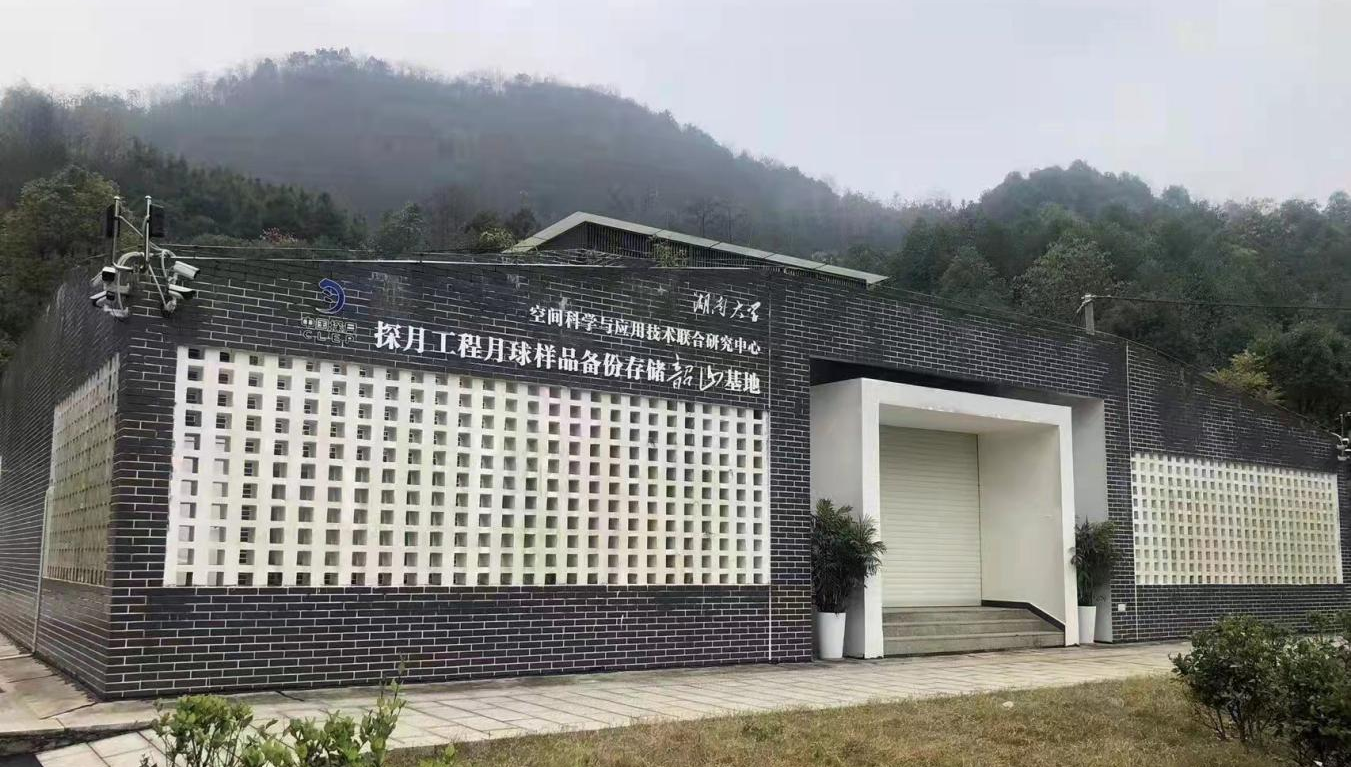 The storing site for lunar soils in Shaoshan

On December 17th 2020, information office of the state council announced that lunar soils sample will be stored in Shaoshan, Chairman Mao’s hometown. Actually, on 2014 Hunan University was approved to build a storage space for lunar soils at Shaoshan. On July 2021, this project was completed. On November 2021, it was accepted as fully capable of storing lunar soils sample after check.