December in Chinese lunar calendar means that winter is going to end and that spring is coming. Now, festivity of new year fills every street corners in Yiyang.

Smells of cured food pervade among streets. Strings of cured fish and sausages are hanged under the roof. This smell remains people of the festivity. It is also the taste of Spring Festival. 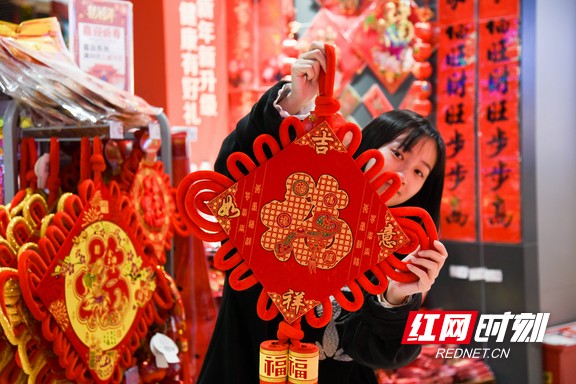 Chinese knots are popular items sold in the market. 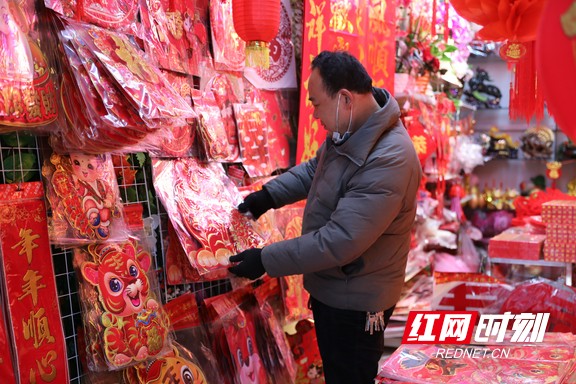 Red as the theme of new year reflects the festivity. 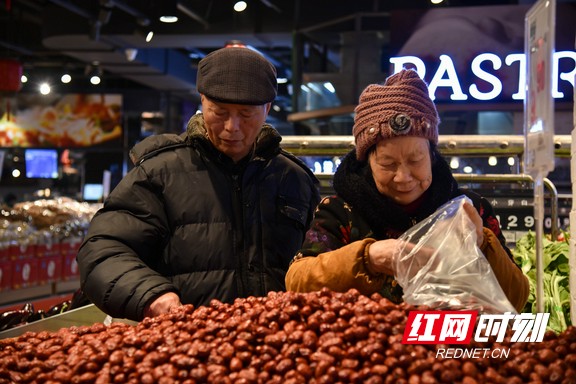 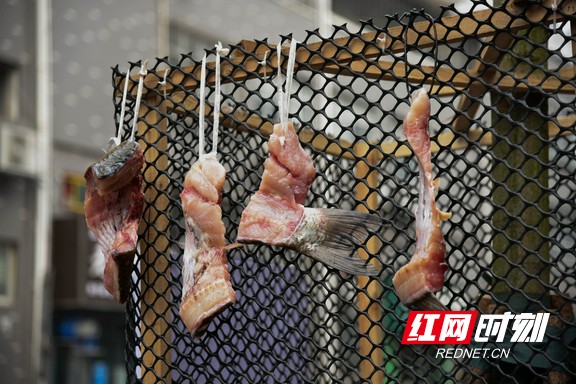 Usually cured fish is hanged in the public. 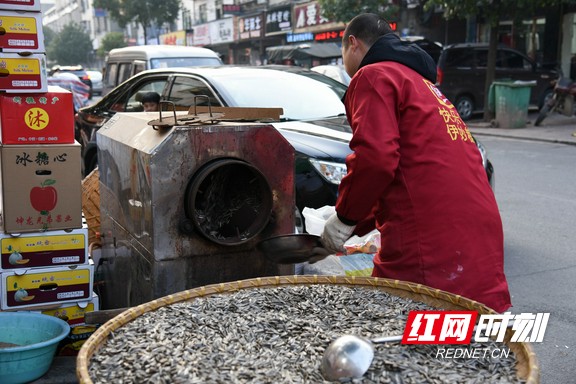 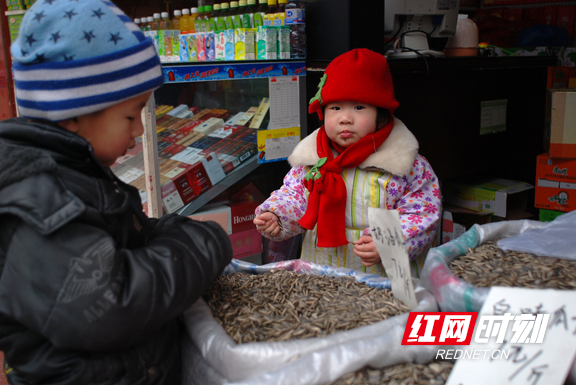 Children taste foods of new year while adults purchase them. 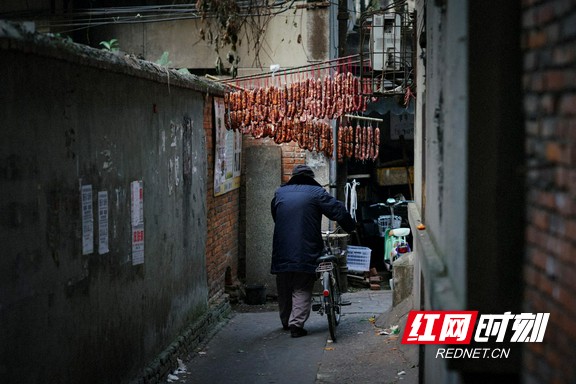 Cured sausages hanged under the roof become a scenery of new year. 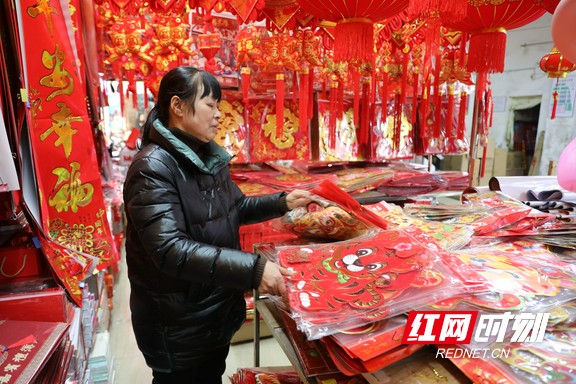 Cute tiger paper decoration is the most popular item. 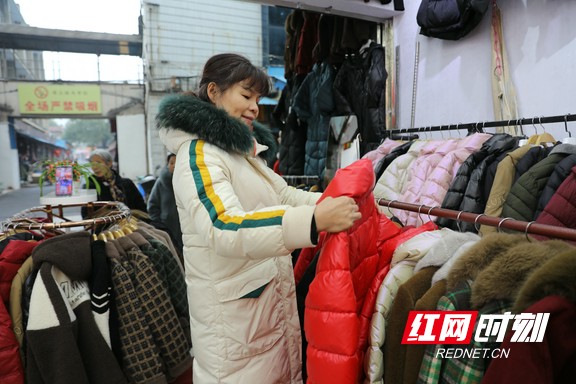