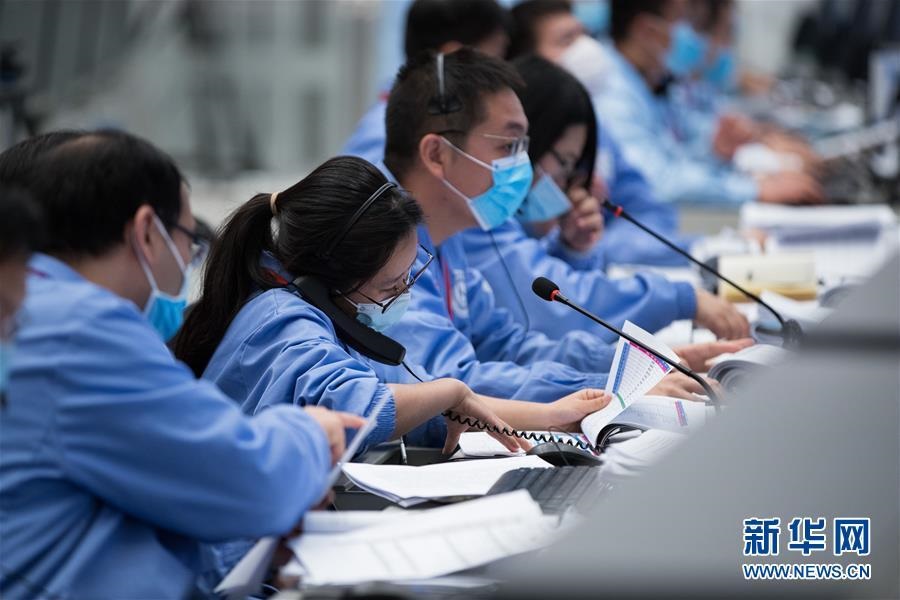 China's Chang'e 5 lunar lander has discovered the first on-site evidence of water molecules on the moon's surface, putting a long-running scientific debate regarding the satellite's humidity to rest, according to a study published in the journal Science Advances on Friday.

Since the mid-20th century, scientists thought the moon was completely arid. But in 2020, NASA confirmed via remote observation that water molecules should be widely distributed across the lunar surface, though it lacked actual on-site evidence to support its claims.

Lunar samples retrieved by the Chang'e 5 lunar probe in December 2020 revealed that the soil at its landing site, the Northern Oceanus Procellarum basin, contains less than 120 parts per million water, or 120 grams of water per metric ton. A rock from the region was found to carry 180 ppm of water, much drier than those found on Earth.

Scientists believe most of the water in the lunar soil was implanted by solar wind, which blew hydrogen atoms onto the surface of the moon, where they reacted with oxygen on the surface minerals to form water molecules and hydroxyl, a chemical group that contains one hydrogen atom bonded to one oxygen atom.

Interestingly, because the rock is somehow wetter than its surrounding soil, this suggests that there may be extra sources of water on the moon, such as from its interior, given there is evidence to suggest the rock may have been ejected from the ground.

Lin Honglei, the first author of the study and an associate researcher at the Chinese Academy of Sciences' Institute of Geology and Geophysics, said detecting water signals, like water molecules and hydroxyl, is different from finding actual liquid water.

Scientists would need to treat rock and soil with heat to extract water molecules and hydroxyl from them and turn it into liquid water, he said.

Lin Yangting, one of the study's co-authors, said China's next two lunar missions-Chang'e 6 and Chang'e 7-hope to examine the content and distribution of lunar surface water at the same site in greater detail.

The latest discovery can serve as a foundation for the two future missions to achieve their scientific objectives, he said.