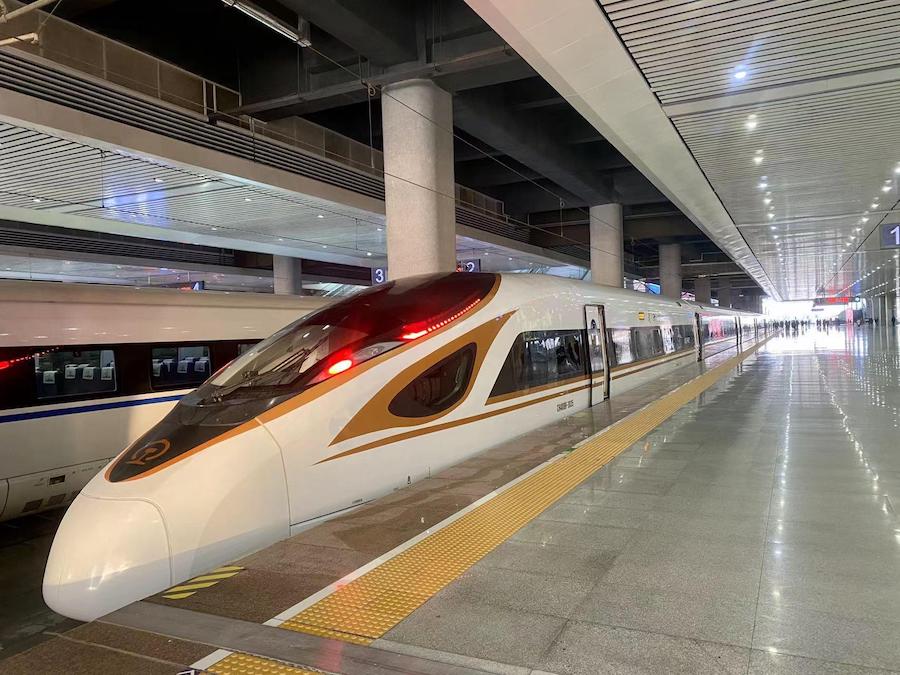 A bullet train stops at a station in China.

The 176-km line, with seven stations along its route, will reduce travel time between Anhui's capital Hefei and Jiangxi's capital Nanchang to two hours and 22 minutes, according to China Railway Shanghai Group.

There were five pairs of trains plying the railway on its first day of operation, and the number will increase to 24 pairs per day starting Jan 10.

The new line passes populated areas with abundant tourism resources, including Lushan Mountain in Jiujiang, and will greatly facilitate the travel of people along the route, said the company.

With the operation of the new section, the country's total railway network stretches more than 150,000 km.

The network will continue to expand, according to a guideline released by several departments in 2016, which announced the building of a high-speed network of eight major north-south and eight east-west high-speed railway lines.

Construction is currently underway to complete the grid.

According to guidelines released by the China State Railway Group earlier this year, a total of 70,000 km of high-speed rail lines will be built by 2035, to reach every area that has a population of more than 500,000.