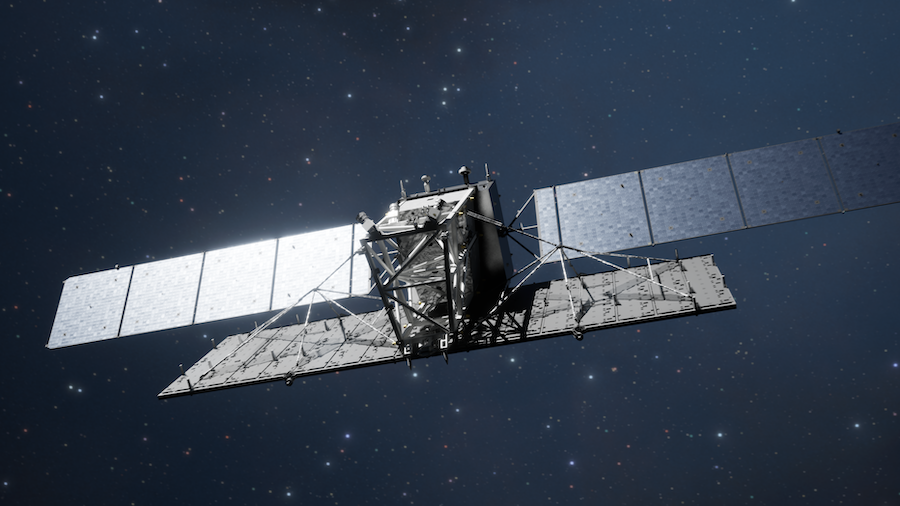 A rendered image of L-SAR 01A satellite.

The rocket blasted off at 7:44 a.m. from the Jiuquan Satellite Launch Center in northwest China and soon sent L-SAR 01A satellite into preset orbit.

It is the country's largest land observation satellite operating in orbit by caliber, a key measurement to gauge capability. The satellite weighs 3.2 tonnes, with an antenna spanning over 33 square meters.

The operation of the satellite can significantly reduce China's dependence on SAR data provided by other countries, according to a statement from Shanghai Academy of Spaceflight Technology.

The Long March-4C rocket, developed by the Shanghai Academy of Spaceflight Technology, can carry diverse types of satellites to orbits at different height. It's the first launch of the Long March 4 rocket series in this year.