When night had arrived, a colorful dragon danced under maneuver of local villagers. Sounds of gong and drum resonated. Night had become day.

On January seventh in lunar calendar, the elder and the young are busy with this performance. They repaired the dragon lantern in daytime, and performed the dance in night time. 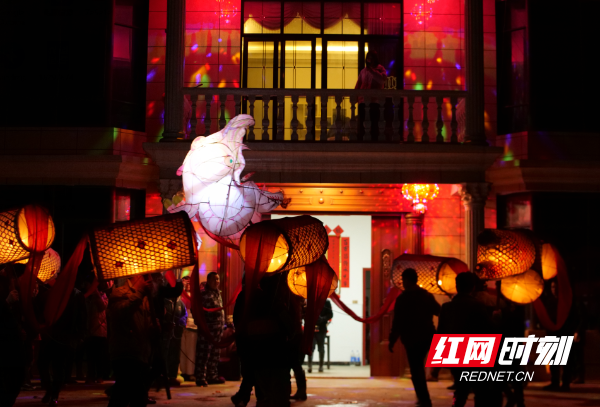 Dragon lantern dance in Gaotai village is a heritage passed through generations, and it is live memory. It was listed as a provincial intangible cultural heritage in Hunan.

Dragon Lantern in Xupu county is a rather primitive craft made of bamboo and paper. It uses candle as its light source. According to historical documents, it originated in Tang dynasty. 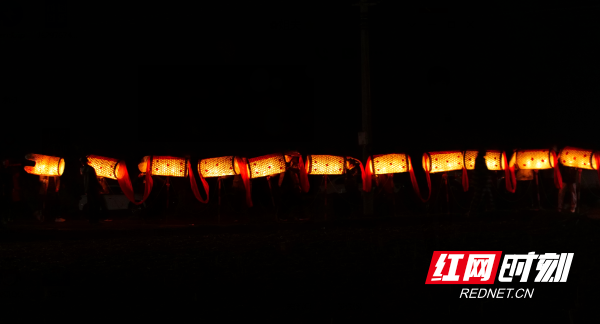 Lantern dances in Xupu county usually imitate shapes or action of particular animals. There are many different forms of performance which utilizes different props. In past, performances only happen in January of the lunar calendar, but they are throughout years now. Last year, there are more than 1200 performances. 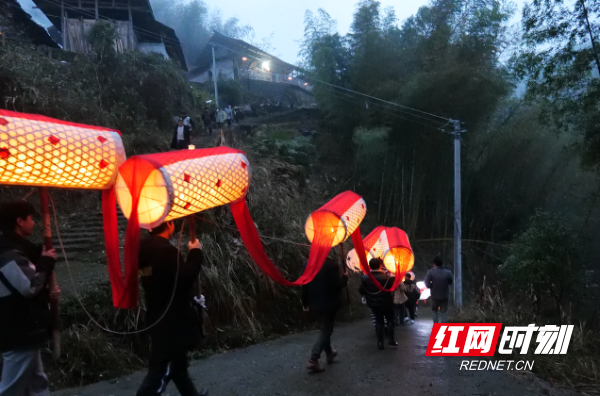 In a snowy day, villagers constructs lantern structure with bamboo, pastes paper, adds colorful decoration… To the local, dragon lantern dance is a cultural event that manifest a locality and a positive spirit.