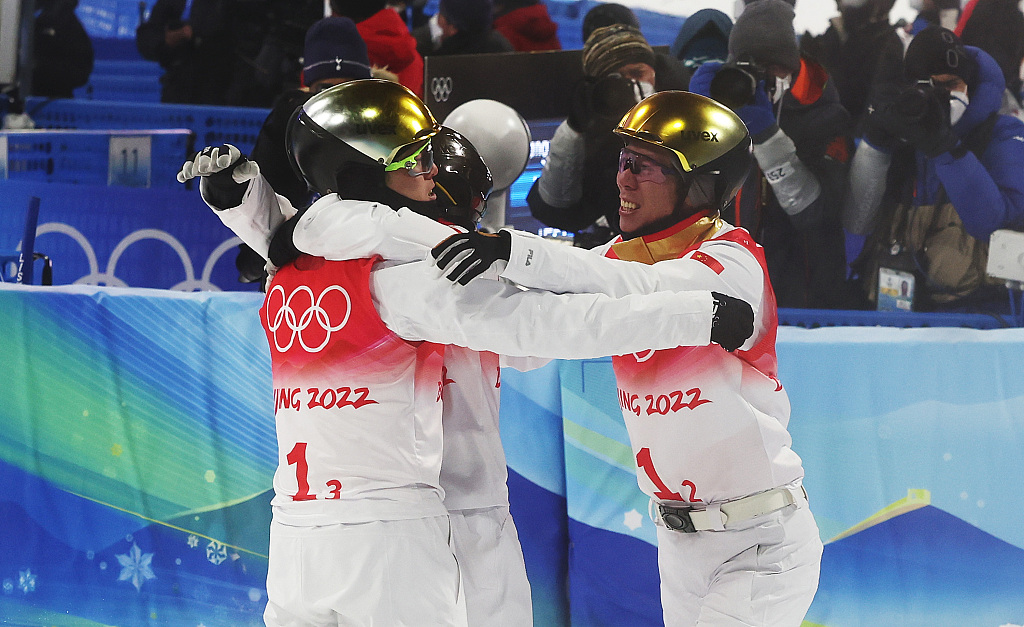 Team USA pocketed the gold with 338.34 points while Team Canada got the bronze. "It gave me chills! It's so exciting," Ashley Caldwell of Team USA said of being the first-ever freestyle skiing mixed team aerials gold medalist.

"I feel incredible, it's almost dreamlike. We were all very anxious and excited to compete tonight and there was a lot of pre-competition jitters and we did exactly what we needed to do," she added. "We've got bronze and silver (in the past) but the gold has alluded us in the team aerials event and we've always had a degree of difficulty to be at the top of the podium but never executed it and we did it here when it counted."

Xu, Jia and Qi all completed their moves well in the air, but the landing of Jia became the turning point of the competition. Instead of touching the ground with his skis and sliding to the end, he flipped forward first, which cost him a lot of points. Fortunately Jia recovered and didn't get injured.

"I wanted to do a good jump, I wanted to do it well," Jia said after the competition. "I felt like, 'yeah, that's it' right after the take-off so I tried to control it. But the moment I landed, I didn't know what went wrong. It's a real pity." He kept apologizing for the error, blaming himself for costing the team the gold. Xu was there consoling Jia after his jump.