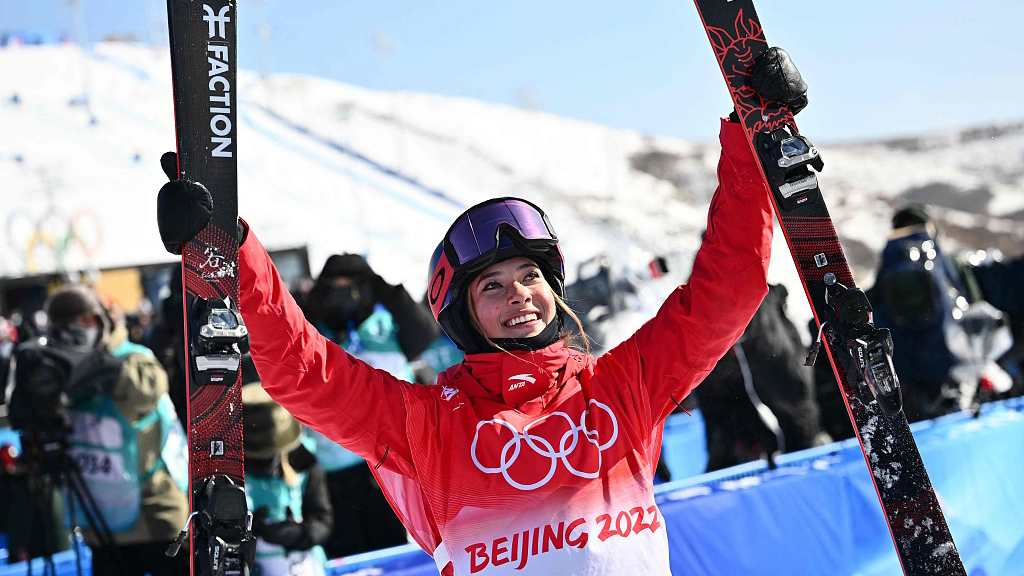 The freestyle queen had come to Beijing 2022 chasing three medals and completed that goal in commanding fashion, first winning gold in big air last week, then the silver in slopestyle and crowning her Games with gold in the halfpipe.

From the start,the 18-year-old left no doubt she meant business, having already topped Thursday's qualification.

In the final, she actually nailed her gold medal with her first run, scoring 93.25 points, far ahead of the field. She then went on to top that with 95.25 points in the second run. Only Sharpe also managed a score above the 90-point mark in the event, recording 90.75 in her last run. 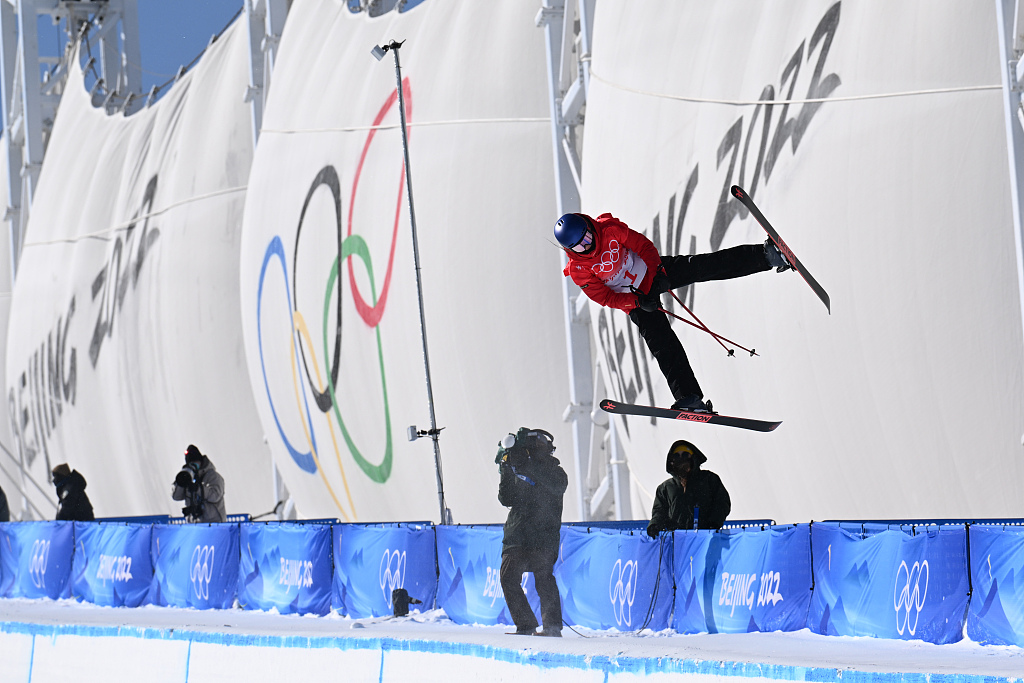 The best of three jumps counted to the final result, and with the closest rivals Karker and Sharpe unable to match her high score, gold was already in Gu's bag even before she took her third and last run.

She hugged her coaches at the top of the course and held back tears before taking a celebratory ride down the halfpipe with none of her earlier tricks but just joyful leaps to cheers from the crowd.

"It has been two straight weeks of the most intense highs and lows I've ever experienced in my life," Gu told reporters afterward.

"It has changed my life forever. The second I landed the last 16 in big air I knew my life was never going to be the same.

"Even then, I would have never imagined that I'd walk away with another silver and another gold." 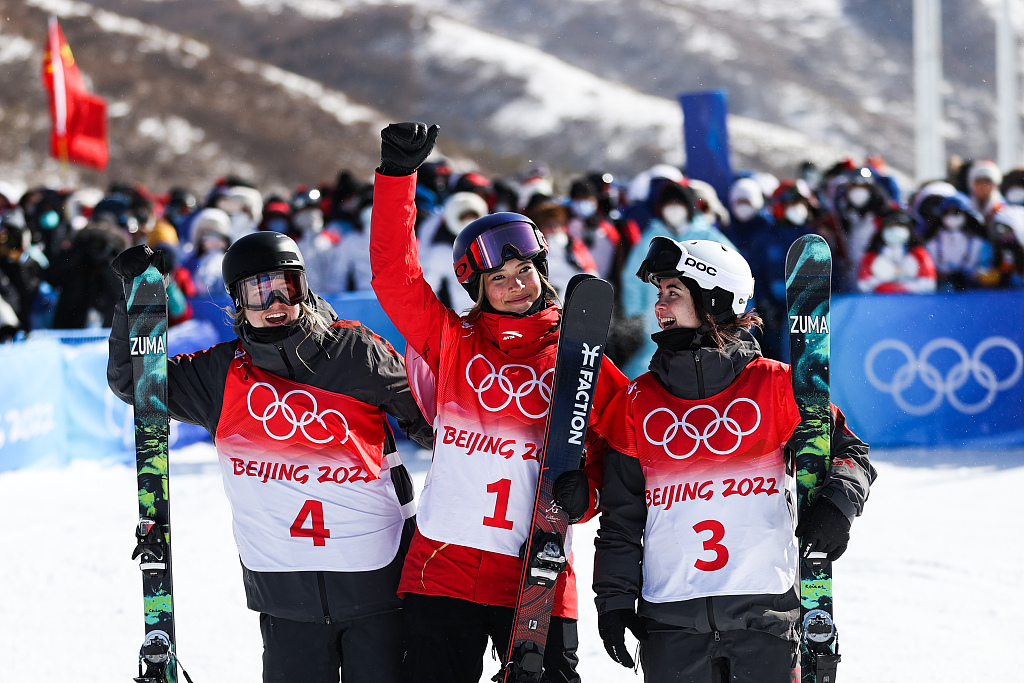 While there is quite a lot of crossover between big air and slopestyle, Gu is a rare skier to compete also in the halfpipe.

Her Olympic tally mirrors the treble she achieved at the Youth Olympic Games in 2020, when she first burst onto the freestyle skiing scene, bagging gold in big air and halfpipe, and silver in slopestyle. "What a full circle moment, right?" she exclaimed on Friday.

Last year, she made three for three again at world championships, with slopestyle and halfpipe gold, and big air bronze.

"I am not disappointed at all! I had knee surgery a year ago and I knew coming into this that there was even a slim chance of me getting on the podium."

"After seeing Eileen (Gu) go, I knew that it was going to take a lot to beat her. She's been on fire all year so I'm extremely satisfied and proud of myself, proud of Rachael, and being on the podium together is pretty cool.” 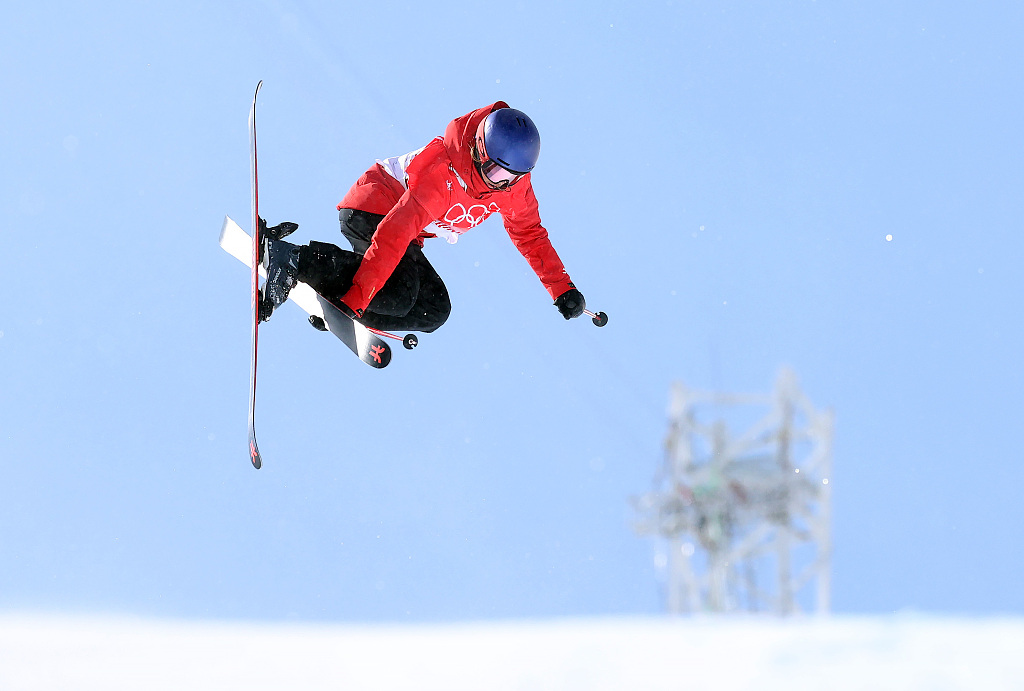 Gold medalist Gu Ailing of Team China is seen in action during the women's freeski halfpipe at the Beijing 2022 Winter Olympics at Genting Snow Park in Zhangjiakou, north China, February 18, 2022.

Karker was equally pleased about having two Canadians on the podium.

"It was amazing. Cassie and I have shared so many podiums over the years and I'm so happy we were also able to get this one," she said.

"We were just so happy to share this, and it was always a dream for it to be both of us, and we did so. We are just overwhelmed with emotions, just super happy with each other."

Kelly Sildaru of Estonia, who won slopestyle bronze on Tuesday, was also looking for a crossover medal but had to settle for the fourth place.

World bronze medalist Zoe Atkin of Great Britain did not have a good day,ending in ninth after a series of poor runs. 2018 Olympic bronze medalist Brita Sigourney of the USA landed one spot lower in the final ranking, in 10th.