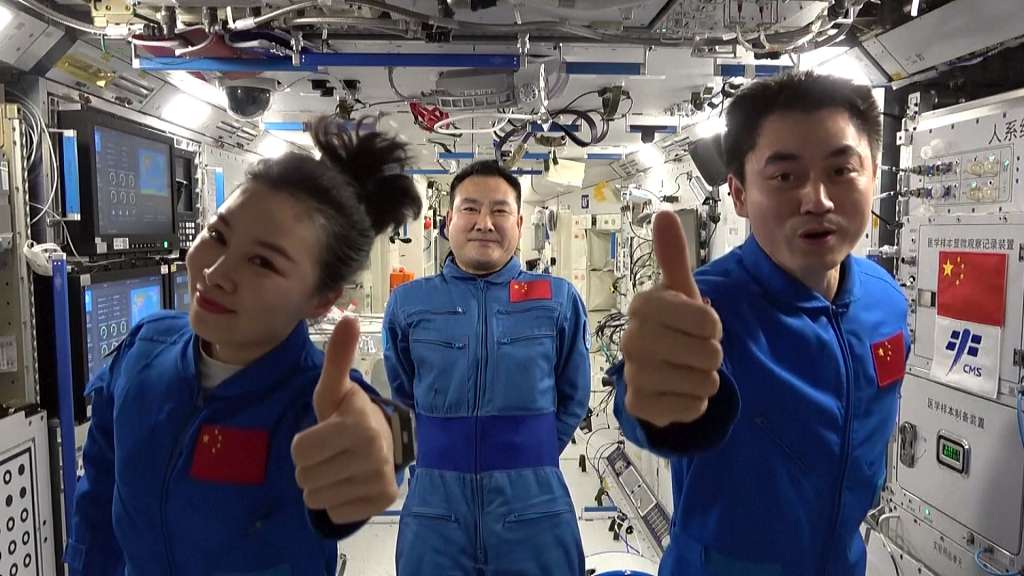 Three Chinese astronauts aboard the country's space station are set to conclude their six-month mission in orbit and prepare next week for their return to Earth, China Media Group (CMG) has learned.

After working and living in orbit for more then five months, the crew has accomplished a series of activities including two extravehicular activities (EVAs) and transferring a Tianzhou-2 cargo ship to the Tianhe core module using a robotic arm.

In addition, they also conducted further verification of life support technologies and compatibility assessment of all systems in preparation for future long-term human involvement and the completion of China's space station.

As planned, the crew will return to Earth at around day 180.