"Don't be afraid of hardships, be willing to give, save lives and help the wounded, and love without bounds!" Another group of Chinese (Hunan) medical teams were going to aid Sierra Leone and Zimbabwe with honor and responsibility.

What kind of experience would it be if you had to leave your hometown for more than 10,000 kilometers and go to an unfamiliar environment for more than 300 days and nights? Opening the diaries of the team members, we can see their lovely daily lives - feel happy for the starry sky, feel sad for crises and accidents, or just write down some "secrets" that cannot be told to their families. Those days with grasslands and mango trees unfolded slowly under their pens…

“Work is not hard in here, everything is fine” 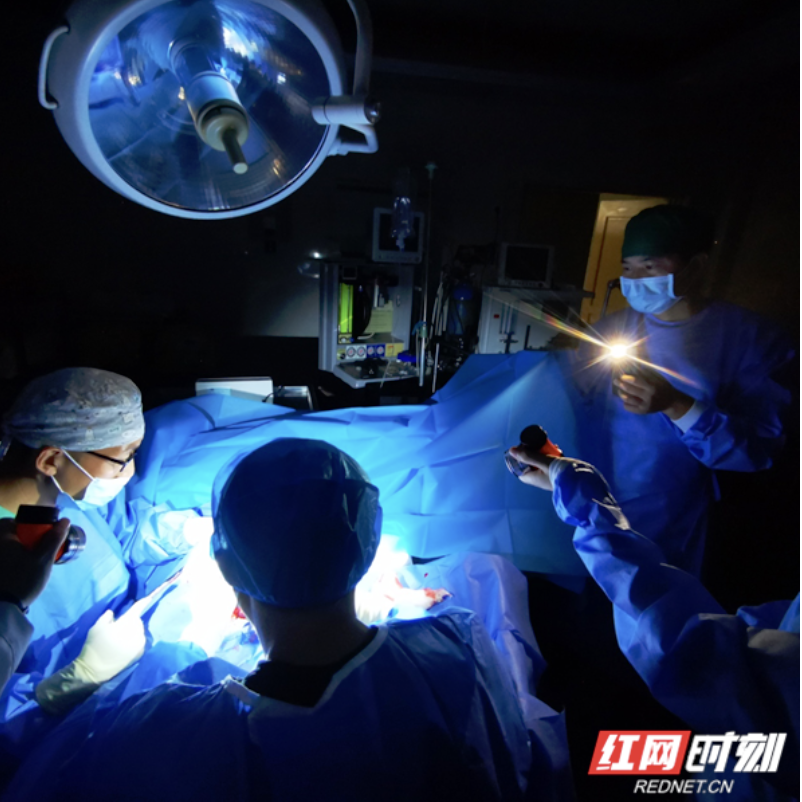 Members of the 22nd batch of the Chinese medical team to aid Sierra Leone continued to perform operations under the light of flashlights.

One day, the Sierra Leone-China Friendship Hospital in West Africa was performing a series of operations for a replantation of a severed finger. When they were repairing tendons, suddenly the power went out! Li Zhiyuan felt that he could not see anything, but he knew the bleeding of the wound would not wait... Two spare headlights turned on, and colleagues raised three mobile phones to gather light at the wound when the doctors in the next room came to help as well. The operation was finally able to continue.

Hot weather, unstable electricity, and a medical condition that differs from ones in China are various kinds of difficulties. At 4 a.m., Liang Yinhua was awakened by a sudden knock on the door. She rushed to the operating room and saw a patient with a slightly bulging abdomen. Her blood pressure was close to a state of shock. She had an ectopic pregnancy, one of the most dangerous gynecological emergencies that hospitals in China would rescue all-out efforts, not to mention in Africa, where medical conditions were scarcer. Liang Yinhua knew that they should do something immediately, otherwise the consequences would be extremely serious. With decades of work experience, she quickly arranged the operation, and finally pulled the patient back from the gate of death at seven o’clock in the morning. After taking off gloves, Liang Yinhua leaned wearily against the wall. Today is another day of racing against the god of death, and luckily they won. 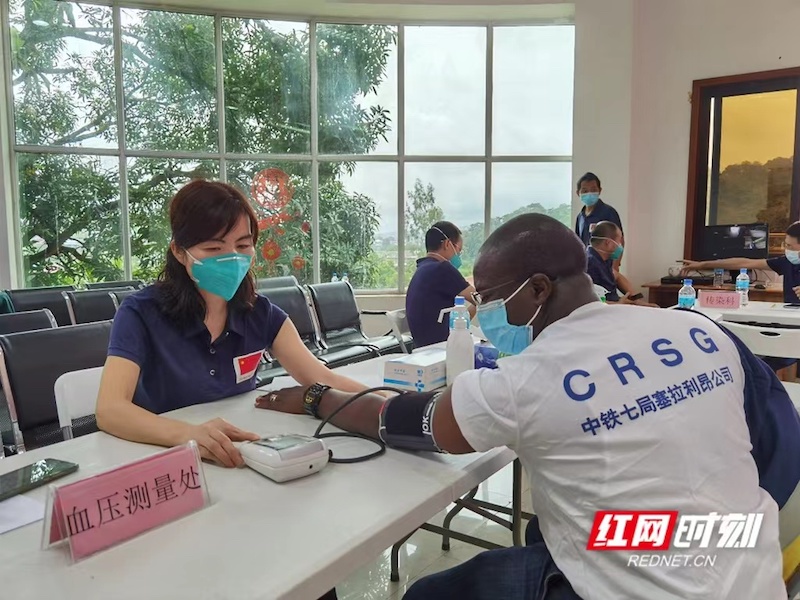 The compatriots who were going to return to China after the nucleic acid test reminded Wu Ke of the day when she left home and the look that her grandmother had. At that day, her grandmother supported her decision but held her hand tightly. During the break, Wu Ke made a video call. The signal at the camp was pretty good, and the smiling faces of her family members appeared on the screen. "Don't worry about me, I'm fine, you see I'm making dumplings with my teammates..." Tears dropped down after they hung up. It was the second day of the Chinese New Year. According to the custom in Wu Ke's hometown, it is the day that the daughter returns to her parent's home and pays New Year's greetings.

After Liang Yinhua's mother heard that Yinhua was going to help African countries medically, she asked the young people in her neighborhood about the situation in Sierra Leone. As long as there was a news about Africa on TV, mom would immediately put down her work and sometimes spare no trouble to watch it back. "If I hadn't come to Africa, my mother might never have known that there was such a country in the world.” Liang Yinhua remembered that her mother, who only had an entry-level of arithmetic, could now quickly calculate the time difference between Freetown and Changsha.

The relatives are both weaknesses and armors. After put down their phones, they re-enter the consultation room to greet the patients. The concern of families and friends transformed into a driving force for those who travel far. They know they are always supporting each other under the same blue sky. In an unfamiliar country, the language barrier cannot stop goodwill and friendship. "Dear Zuva, can you come and help me if you are free?" Nurse Precious called out to Sun Shuang from the injection table. ““Zuva” refers to the sun in the sky in Shona language, and it is also how local colleagues called Sun Shuang. These simple details from daily interactions always warm the medical team.

There was a special small gift on Wu Ke's desk - a lucky bottle with a note inside from a young patient in Sierra Leone, "I like China, I want to go to China." When Overseas Chinese workers saw the Chinese medical team, they would happily shouted with the northern accent, "great, family from home are here!"

When his medical work was coming to an end, Xiao Yangming received a wooden plaque with the words: "THANK YOU FOR WORKING WITH ME, CHINA SIERRA LEONE FRIENDSHIP FOREVER." This handmade engraved gift was given with sincerities and best wishes by the local. Hello old friend, and hello new friend.

Dr Liu Wenhong, a team member of the 23rd batch of medical teams to Sierra Leone, is teaching clinically.

Since Hunan province dispatched its first medical team to Sierra Leone in 1973, the 23rd medical team has arrived on the African continent in 2021. Constantly changing people come to the land, exploring the unknown life, and take on the burning torches from the hands of their predecessors.

As Chinese slang said, it is better to teach a man to fish than to give him a fish. Liu Wenhong started a small class in the hospital and taught the local doctors from basic medical ethics to professional skills in operating equipment. When the night sank, the fragrance of mango trees was blown slowly by the breeze, and the light from hospitals was still bright. Yellow-skinned and dark-skinned people gathered, and their eyes flickered with the yearning for the future of mankind. A little girl in Zimbabwe called Hope sent a letter to the medical team, "I may still be young, but if I can have you along the way, I will one day be someone like you!"

Someone needs to sow the seeds of hope. Thus, the people, scattered like stars, can assemble into the ‘Milky Way’, when they put on white coats and came to this land. With extraordinary kindness and courage, the members of the medical team from generation to generation have built a bridge linking the people of China and Africa across mountains and seas. They demonstrate the true meaning of peace on both sides of the strait.