At 9 a.m. on April 21, the air contains an appetizing smell of freshly baked bread on Xiangchun Lane in Changsha. When entering Bach’s Bakery, we will find that the small shop, less than 20 square meters, is full of customers waiting to buy bread.

For the past 11 years, it has been given an affectionately name, “Silent Bakery”, in the Internet for recruiting hearing-impaired people and providing them with training and employment opportunities. 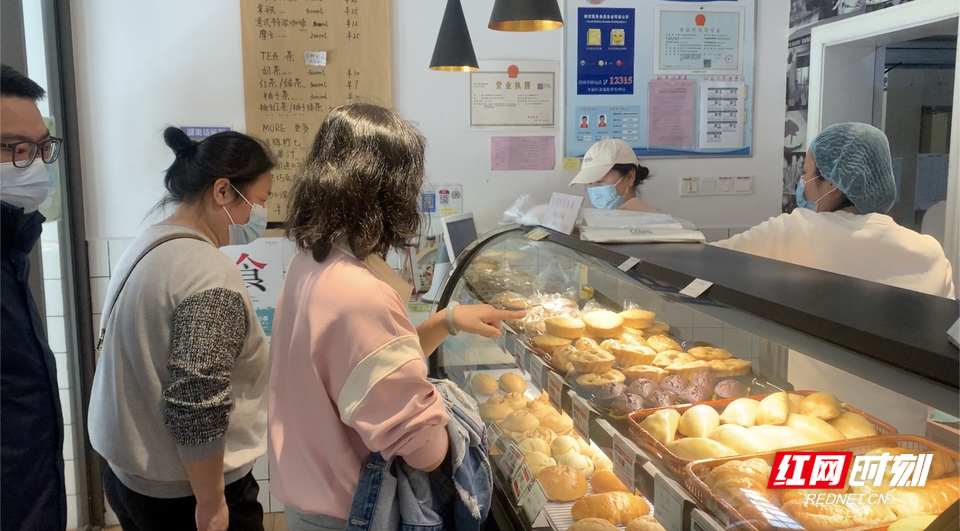 From 9 a.m., a steady stream of customers come to buy bread.

Wu Zhengrong, who is from Germany, opened a bakery at Changsha in 2011.吧赫(Bach) is a transliteration of German word “bache”(bread) and the same name as his favorite composer, Johann Sebastian Bach. That’s how the bakery got its name.

Bach’s Bakery not only provides employment and training opportunities for the hearing-impaired, but also uses the best ingredients to meet customers’ needs...Every piece of bread here is made with love, which truly warms every customer here.

Over these years, Bach’s Bakery has become a lighthouse in the darkness that has brought hope for the hearing-impaired’s future.Now, because of homesickness, Wu and his wife chose to return to Germany this year to reunite with their families and continue to help people with disabilities to find jobs in their hometown.And the bakery, which they had invested painstaking efforts to run in the past 11 years, was entrusted to ICC (International Concern China Charity Association). With the help of the Association, they found the new manager He Mokai. A moving story across national borders has been brought to the stage in Changsha. 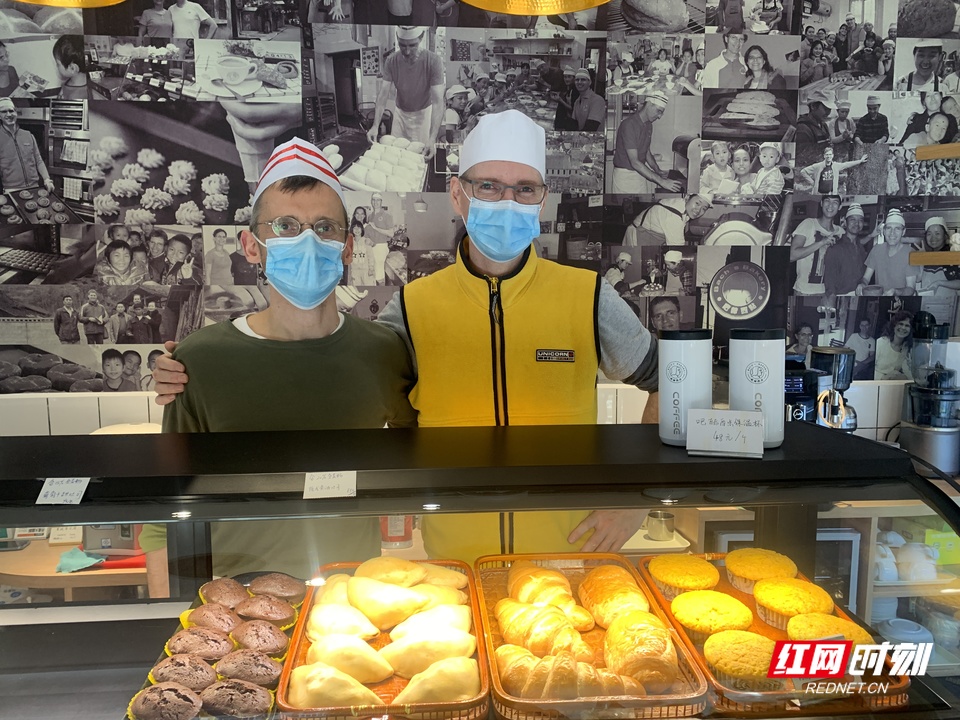 Wu Zhengrong, the manager of Bach’s Bakery (right), and He Mokai, the new manager (left).

“I hope this bakery can keep operating. ”

May 26, it’s the time that Wu Zhengrong plans to leave.It has been 20 years since Wu Zhengrong, a former pharmaceutical factory employee, and his wife, Du Xuehui, a former teacher, both quitted their jobs in their German hometown and moved to Changsha in 2002.

From volunteers who helped hearing-impaired children with their rehabilitation training to managers of the “Silent bakery”, the German couple warms the whole city with their actions.

“We’ve been away from hometown for so long that we feel homesick now. ” Wu said with a smile, “In another mouth, we are going to leave this city. We have too many memories here that make the departure very hard for us.We will miss all the staff who we spent everyday life with, and my wife will miss the students she taught. But life is made up of gathering and leaving. We will cherish the memories from here forever in our hearts. Now the bakery have its new manager, who is also a German. We feel assured. ”

Wu Zhengrong said frankly, “Now we have been already handing over the work to manager He. Starting from how to bake the products, we will tell him how to order raw materials and arrange the timetable of employees. He takes notes of them carefully and keep records of all the proper steps. ”

In the past 11 years, Wu and his wife have trained 25 hearing-impaired workers, many of them have left to pursue their own careers, or continue to work as bakers.“With these skills, their jobs will be secured. ”Speaking of his expectations for the bakery’s future, Wu laughed, “I don’t have too many requirements. I just hope the bakery can continue to operate. As it gives proper trainings to the hearing-impaired, let them work here at ease. ”

“I felt an unprecedented peace in the bakery ”

Wearing a dark green T-shirt and a pair of spectacle with metal frame, and a smiling face, these are reporters’ first impressions of He Mokai when they first meet with him.When the reporter called him manager He, He Mokai replied bashfully, “It is not appropriate to call me the manager now. In fact, I am the most inexperienced apprentice in the bakery. ”

He Mokai works with Wu and other bakers everyday.

He and his wife came to China in September 2019. They had been working as primary school teachers in Yinchuan, Ningxia Hui Autonomous Region. His wife, Hana, is from Tianjin.After returned to China, firstly they wanted to stay in Tianjin, his wife’s hometown. With his doctorate degree in Sinology, he received offers from several universities in Tianjin after submitted his resume.But instead of staying in Tianjin, they chose to go to the northwest and became primary school teachers in Yinchuan, where they knew teachers were more needed.

After worked in Ningxia for two years, the school closed at last September for operational difficulty. Later, Mr. And Mrs. He began looking for jobs across the country.

“I love being a teacher, but I also feel like I need to try different areas and do something meaningful when I am still young.”Last year, by chance, he and his wife saw the post on the Internet that the silent bakery in Changsha was looking for a successor.He Mokai recalled, “I have been interested in manual work since I was a child. Seeing this shop was a special bakery that provided training and employment opportunities for the hearing-impaired, I was immediately inspired, so I sent an email to manager Wu. ”

In the email, He Mokai comprehended details of the bakery, but also learned that manager Wu is about to return to Germany.“After talking to Wu, I thought it’s a very worthwhile thing, so we decided to come to Changsha. ” 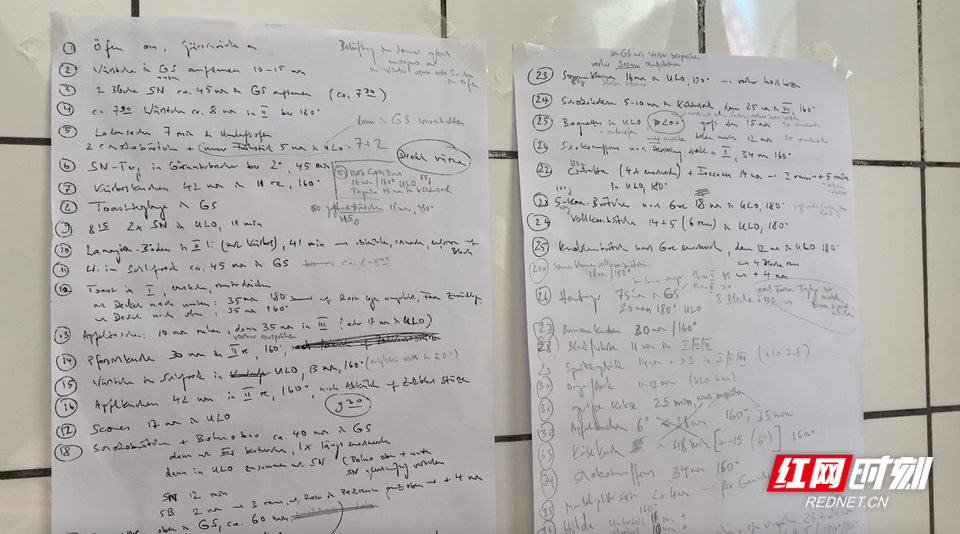 He Mokai recorded all the keypoints Wu Zhengrong told him, which will become his “secrets” to run the bakery in the future.

In December 2021, He Mokai visited the bakery for the first time to learn more actual aspects of the bakery.“As soon as I opened the door, I was attracted by the warm atmosphere here. The hearing-impaired bakers knead the doughs, and the air smelled like cranberry and vanilla. I felt an unprecedented peace in the bakery.”

“We want the hearing-impaired to actualize their potential here. ”

Currently, He Mokai and his wife have moved to Changsha with their two children. The career change from a teacher to a baker has given He Mokai pressure.“This is a brand new field,” Helaughed, “We are not professional now, and we still have a lot to learn.”

“I counted roughly this morning. Every day just for making bread, we have to make 8 to 10 different doughs. Each dough will become different breads. Each bread has its own fermentation time, baking time and temperature. Also we have to consider theprocess for making different products, how to purchase raw materials, and how to manage employees. Communicating with them in sign language and dealing with each order are important as well. All these need to be learned, which is not a small challenge for us. ”

Speaking of his impression of Changsha, He Mokai said frankly, “Changsha is a lively city, which makes people feels very energetic, and it is a city with diversity which contains a lot of creativity. I like it very much. ”

“Now we want to continue manager Wu’s operational model and ensure the stable operation at first.”He said, “Because of the change of managers, the bakery also will have some changes. In the next step, we will attempt to bring some new products, but the general direction will not change: the main purpose of this bakery is to provide employment and training opportunities for the hearing-impaired people, so that they can actualize their potential here. ”

During the interview, He Mokai carefully looked through the “secrets” that manager Wu told him. He smiled and said, “At present, we don’t have the idea of opening a large chain store. We just want to run this small bakery well, so that the hearing-impaired bakers can work here at ease and make every piece of bread wholeheartedly. Thus, we could give back to everyone in this city who supports and trusts us. ”