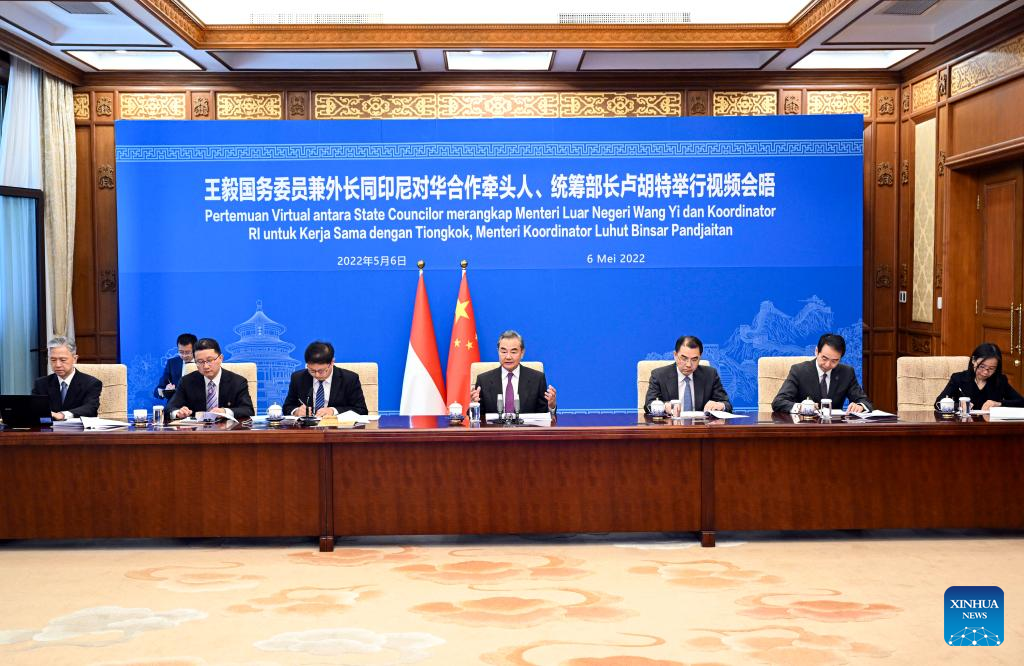 Under the strategic guidance of the two heads of state, China-Indonesia relations have withstood the test of the COVID-19 pandemic and injected positive energy into the anti-pandemic efforts and development of the region and the whole world, Wang said.

Hailing the two countries as true friends and reliable partners, Wang said China is willing to work with Indonesia to deepen the new pattern of bilateral relations with "four-wheel drive" on political, economic, cultural and maritime cooperation, so as to better cope with various international challenges, and make greater contributions to world peace and development.

China is willing to jointly deepen health cooperation with Indonesia in the post-pandemic era, and foster more growth points under the Belt and Road Initiative, Wang added.

He noted that a regional cooperation architecture centered on ASEAN has been formed in East Asia, and it is key to maintaining regional peace and stability.

"The U.S. Indo-Pacific strategy goes against the trend of the times and does not serve the common and long-term interests of countries in East Asia," Wang said, also pointing out the danger to the region of the "Five Eyes" alliance, the Quadrilateral Security Dialogue (Quad) and Australia-U.K.-U.S. (AUKUS) trilateral security partnership.

No matter what regional strategy is proposed, it should aim at mutual benefit and win-win cooperation, Wang said, adding that China is ready to step up communication and coordination with Indonesia to jointly safeguard the hard-won peace and stability in the region, and to implement the Global Security Initiative through bilateral and multilateral cooperation.

For his part, Luhut said Indonesia welcomes the Global Development Initiative and Global Security Initiative proposed by China, and is ready to take an active part in these two important initiatives.

Indonesia appreciates China's support for its hosting of the G20 Summit and will work with other parties to ensure that this year's summit plays a constructive role in restoring the global economy, he said.