Global companies in China to expand 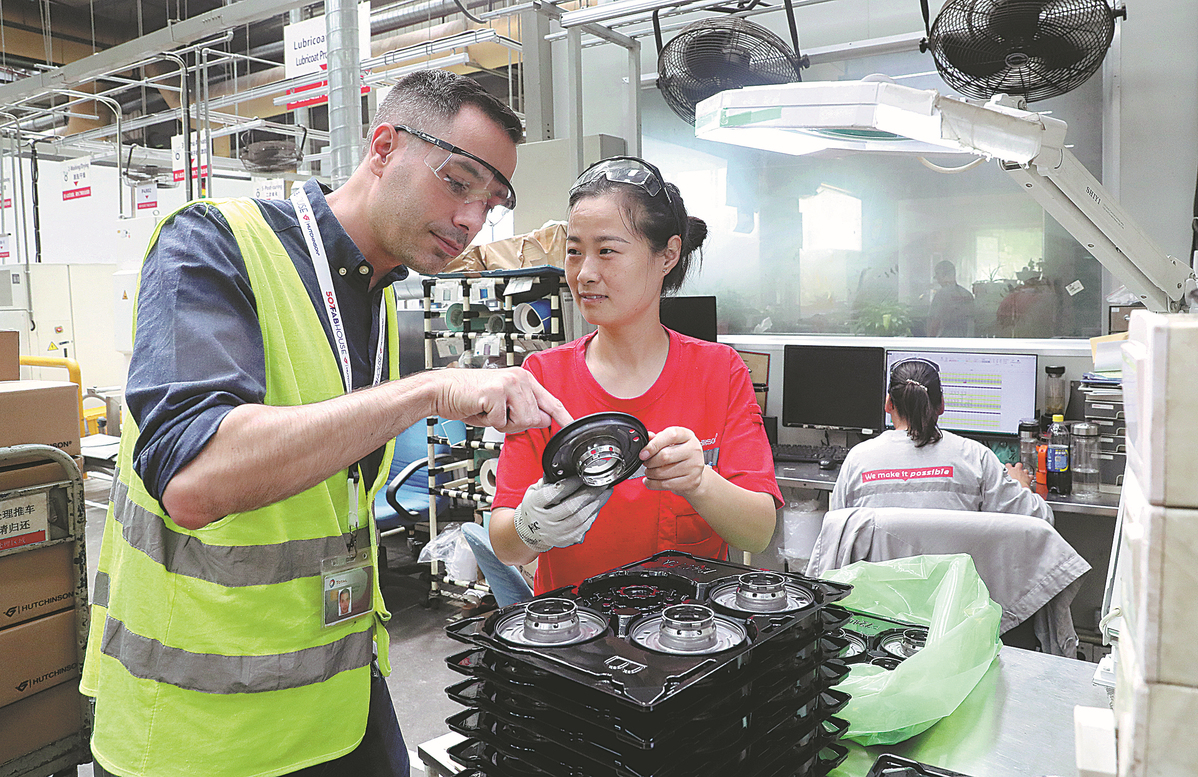 Foreign enterprises operating in China, a long-term, thriving part of the nation's economy, are expected to continue to expand their investments this year, as many countries worldwide are encountering uncertainties amid the Russia-Ukraine conflict, high inflation rates and slowing economic recovery, analysts and business leaders said.

In addition to describing China as a safe haven for foreign direct investment, they said the nation's efforts to create a unified domestic market, its sizable middle-income group and shortened negative lists will enable its economy to mitigate shocks and maintain steady growth momentum.

By building a unified domestic market including all elements of production and resources－capital, technology and energy－China will further remove barriers to the rational flow of production factors, said Bai Ming, deputy director of international market research at the Beijing-based Chinese Academy of International Trade and Economic Cooperation. It will also cut transaction costs and ensure fair competition, which will encourage domestic and foreign companies alike to invest across the country, Bai said.

The nation's strengths in attracting global capital will continue, he added, and business areas including new energy, consumption, high-end manufacturing and services will remain hot spots for multinational investment.

Thanks to the nation's complete industrial chains, policy assistance and stable business environment, FDI flows into the Chinese mainland, in actual use, expanded 14.9 percent year-on-year to a record high of 1.15 trillion yuan ($170.43 billion) in 2021, according to the Ministry of Commerce.

Apart from opening new stores in smaller cities and adding investment in apparel and children's products in the coming years throughout China, Skechers, a United States-based athletic-leisure shoe and clothing company, will start to build the second phase of its Taicang logistics center in Jiangsu province and begin operations at its new China headquarters in Shanghai in the second half.

"We are confident about the Chinese market," said Willie Tan, CEO of Skechers China, South Korea and Southeast Asia. The company will continue to strengthen its diversified product layouts for all age groups to meet the needs of different consumers, as China has become the cradle of fostering "numerous new consumption scenarios, products and services regarding the sports and health industry", Tan said.

Vivian Tu, marketing leader of Philips Domestic Appliances Greater China, said that the home appliances sector, spurred somewhat by work-from-home trends related to the COVID-19 pandemic, will have the potential to grow stronger than before and see new opportunities in China, as consumer demand has become more diversified and personalized.

"We will enlarge the research team in our innovation center in Suzhou, Jiangsu province, to focus on advanced technologies such as robotics, the internet of things and artificial intelligence over the next five years. It will create new momentum for the home appliances industry with the development of digitalization and intelligence," Tu said.

Bai Wenxi, chief economist at IP Global China, said that China, facing fierce competition in Southeast Asia in labor-intensive manufacturing sectors, has upgraded the competitiveness of its industrial chains. Its ability to attract global capital has been further strengthened by the expansion of opening-up policies and the implementation of equal treatment for foreign-funded enterprises.

Rajat Agarwal, president of Henkel China, a German chemical and consumer goods manufacturer, said: "Looking ahead, China will continue its transformation toward high-quality growth and drive progress to reach its dual-carbon goals. We see strong future demand in the areas of packaged foods, home improvement, automotive and electronics, and Henkel will continue to support our customers and consumers with impactful innovations."

Henkel resumed production in Changchun, Jilin province, on April 15, manufacturing products for key industries including metals, automotive and railway transportation. Its two plants in Shanghai were included in the "white list" to restart production under closed-loop management, and plan to expand production capacity as conditions allow.