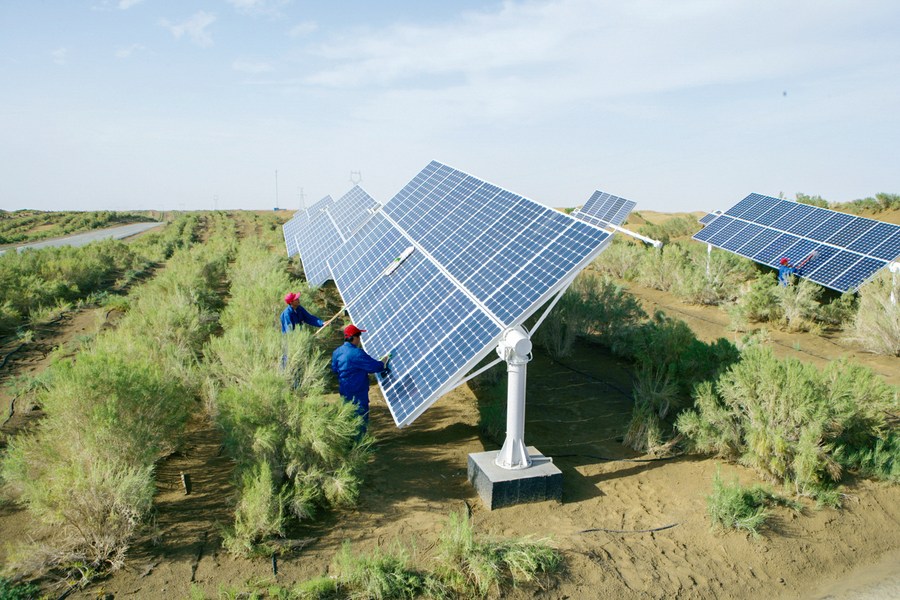 China has aligned its fiscal strength with pro-ecology and low-carbon efforts to fast-track the pursuit of its carbon goals.

A recent guideline issued by the Ministry of Finance has specified plans to buttress the goals of striving to peak carbon dioxide emissions by 2030 and achieve carbon neutrality by 2060.

"This is not merely an ecological problem, but a problem concerning development, not just requiring reform in some sectors, but systemic reform of the economy and society," Chinese Finance Minister Liu Kun said, referring to the importance of reaching "dual carbon" goals, in an article published in the Economic Daily.

Here are some explanations about how fiscal support will function as underpinnings for reaching carbon goals.

WHERE DO FUNDS GO

The country will seek breakthroughs and large-scale applications of technologies to drive forward the clean and efficient use of coal as well as carbon capture utilization and storage.

In terms of improving carbon sequestration, China will step up the protection and restoration of grasslands and wetlands.

However, "the carbon goals can not be achieved at one stroke," Liu said, cautioning the resource-dependent and financially-strapped regions to make sustainable budget plans.

"China will formulate a fiscal policy package that not only offers incentives to ecological protection and innovative development, but also toughens restrictions on environmental damage and extensive development at the cost of the environment," Liu noted.

The country will grant favorable tax treatment to clean energy sources, NEVs and fuel-efficient cars and impose consumption tax on refined oil products. These efforts will serve not only to help cut back on fossil fuel combustion, but also expand renewable energy consumption.

Liu also mentioned tax exemptions for high-tech firms to encourage their investment and research on tackling decarburization and low-carbon technologies, as well as for efforts to nurture environmental protection industries.

The tariff structure will be optimized in line with the need to advance green development and enhance environmental quality.

WHAT IS THE ROLE OF MARKET

China will fully give play to the role of the market in allocating resources. The country will look to bolster a better alignment between an efficient market and a capable government to concentrate resources in green and low-carbon development, Liu said.

It will also support the green shift of traditional industries and resource-rich regions.

Liu noted that China will boost public-private partnership (PPP) in the ecological protection sector amid attempts to drive the market with fiscal funds.

HOW TO TIGHTEN GRIP ON FUND USE

Liu urged efforts such as retaining a close grip on budget spending progress and addressing the problems of slow fund transfers and inefficiency of fund use to contribute solid guarantees for localities to meet carbon goals.