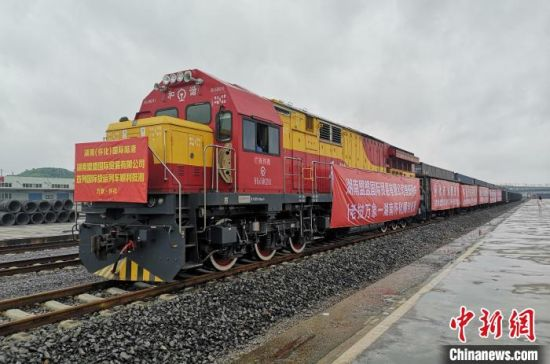 The Changsha Open Economy Symposium and Major Projects Signing Ceremony were held in Changsha, Hunan on June 20th. The China-Laos Railway "One Railway and Two Parks" International Economic and Trade Cooperation Platform project was signed at the site, which will serve as a trade bridge for Lao agricultural products to enter the Chinese market.

The cooperation platform is Changsha's representative project to dovetail with the Regional Comprehensive Economic Partnership (RCEP) agreement, and a landmark project to promote the cooperation between Hunan Province and the Lao Ministry of Agriculture and Forestry. The project will rely on the China-Laos Economic Corridor and the opening of China-Laos Railway, with the modern agricultural industrial park in Vientiane, Laos as the base. It will closely cooperate with Changsha Jinxia Economic Development Zone to build an international economic and trade platform connecting China with Laos, even with other ASEAN countries.

According to the agreement, in 2022, main agricultural products imported through this platform are rice, bananas, and corn. It is planned to launch a "China-Laos train + trade" model. From 2022 to 2025, the annual import of agricultural products is expected to increase from about 100,000 tons to 1 million tons, with a cumulative import volume of about 2 billion USD.