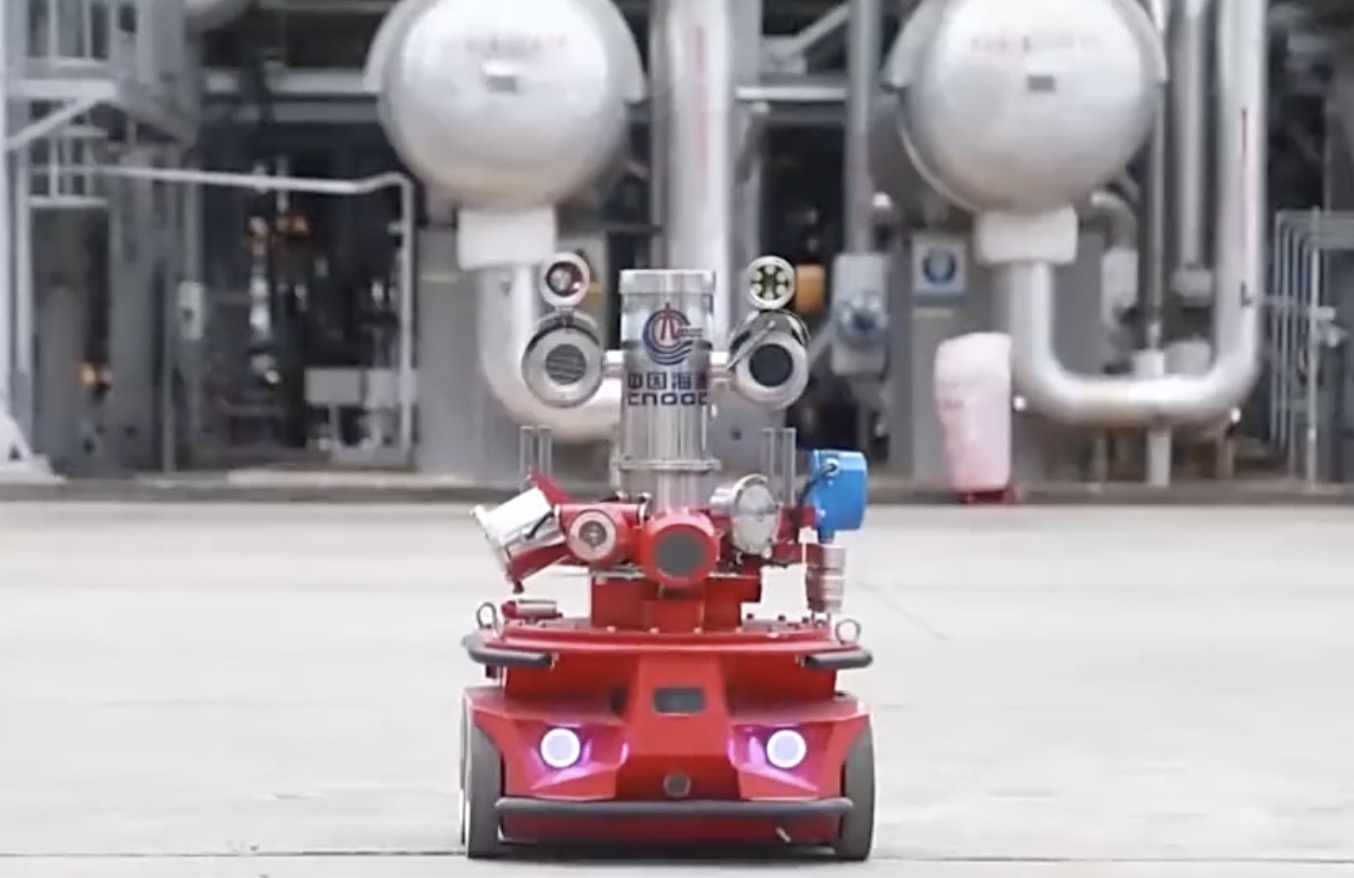 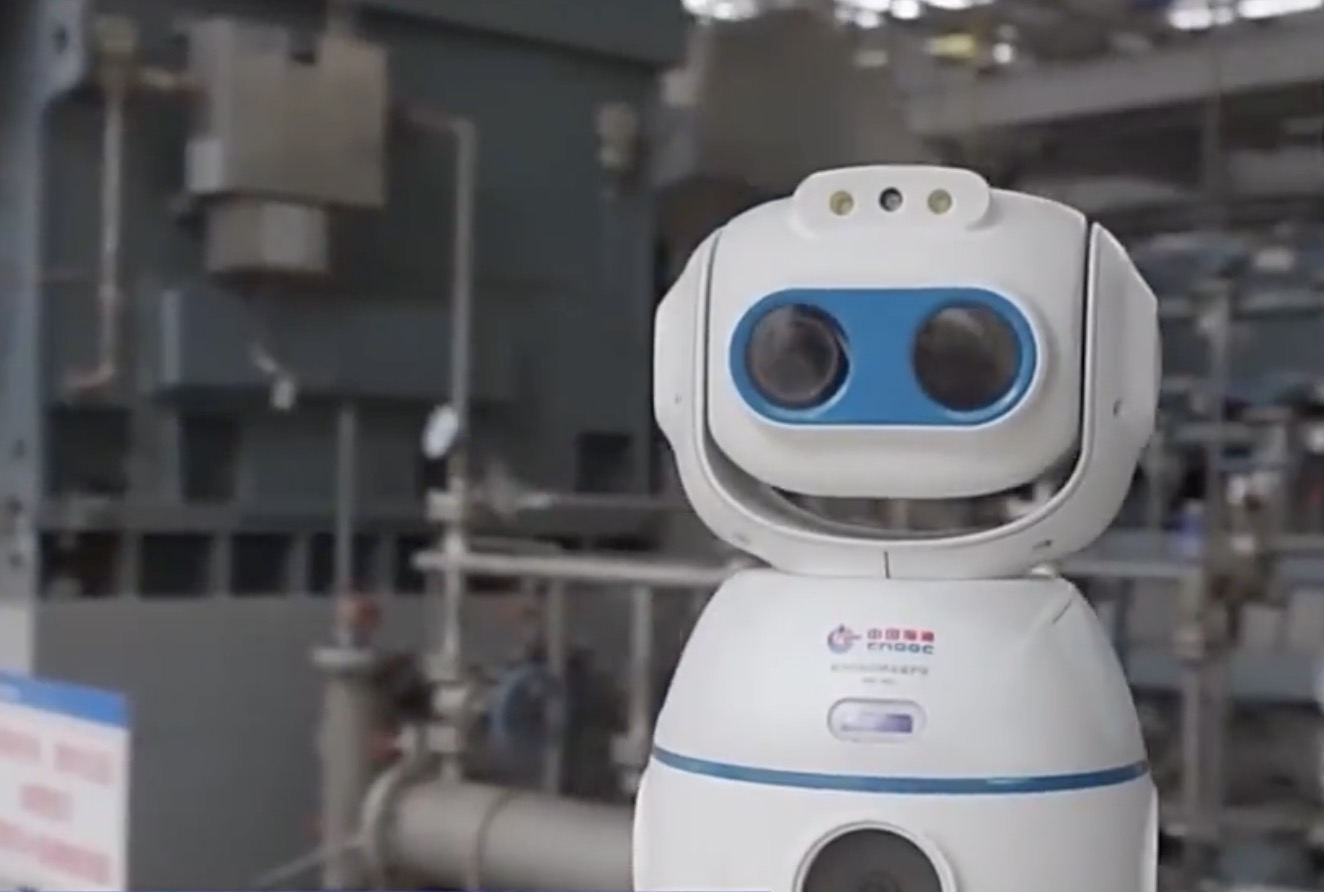 "The conventional inspection was mainly completed by on-site operating crews," Jiao Jianchong, a process engineer in Huizhou Petrochemicals' No. 7 operation department, told China Media Group (CMG). "Now, we can finish manual inspection via intelligent robots. At the same time, we can view the data collected by inspection robots and computers as well as hand-held terminals conveniently, or we can directly control the inspection robots and set inspection modes." The AI monitoring robot scans for toxic gas and other abnormal conditions around refinery workers. Photo by CMG

Moreover, with a dual-frequency network, multiple digital technologies such as the Internet of Things and AIcan be widely used in production, operation and management to form an integrated, unified and shared 5G plus industrial internet platform of the oil refinery. 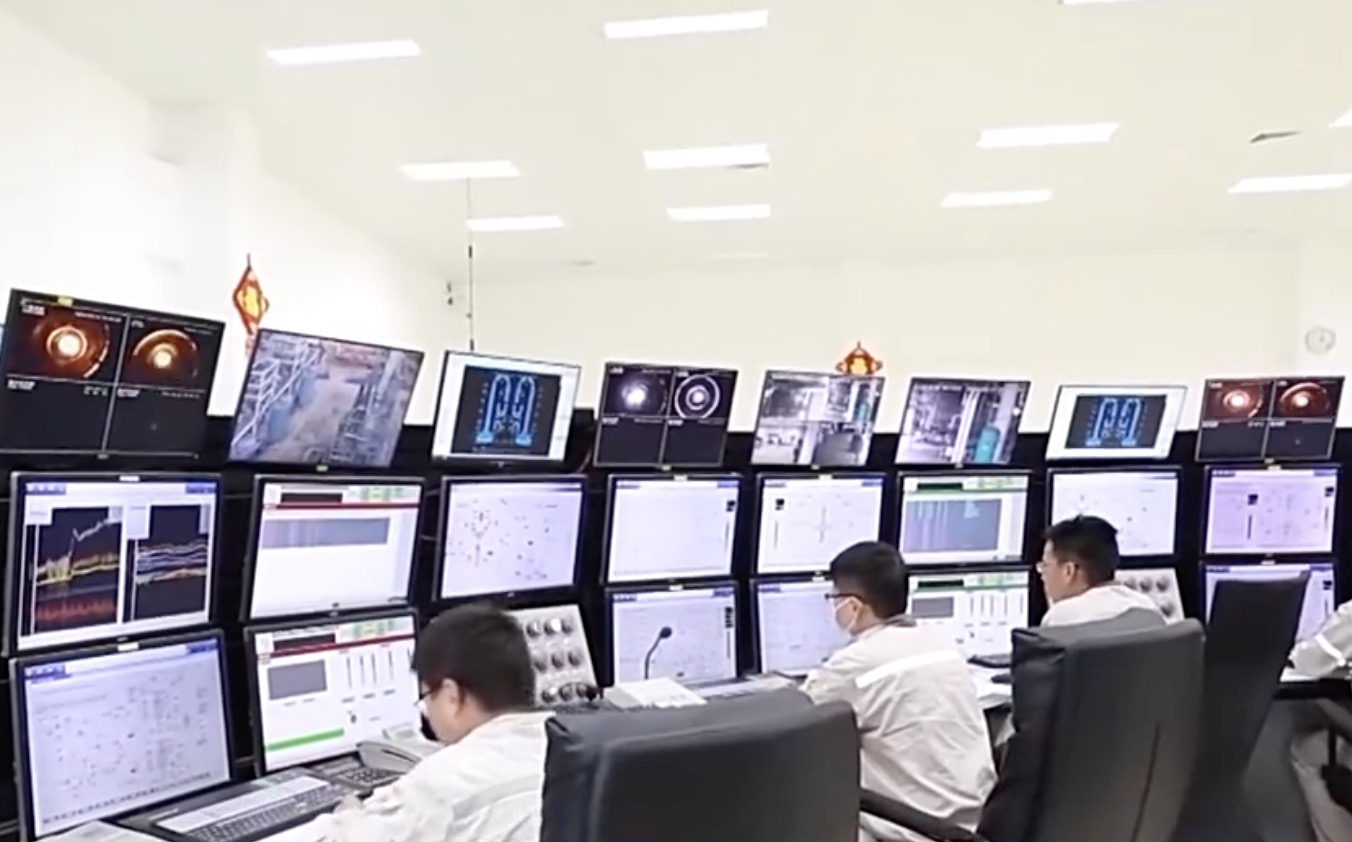 Li Jiangshan, manager of the health, safety and environmental protection center at Huizhou Petrochemicals, told CMG that "since the project went into operational, we have realized comprehensive perception and intelligent monitoring of data during the operation process."