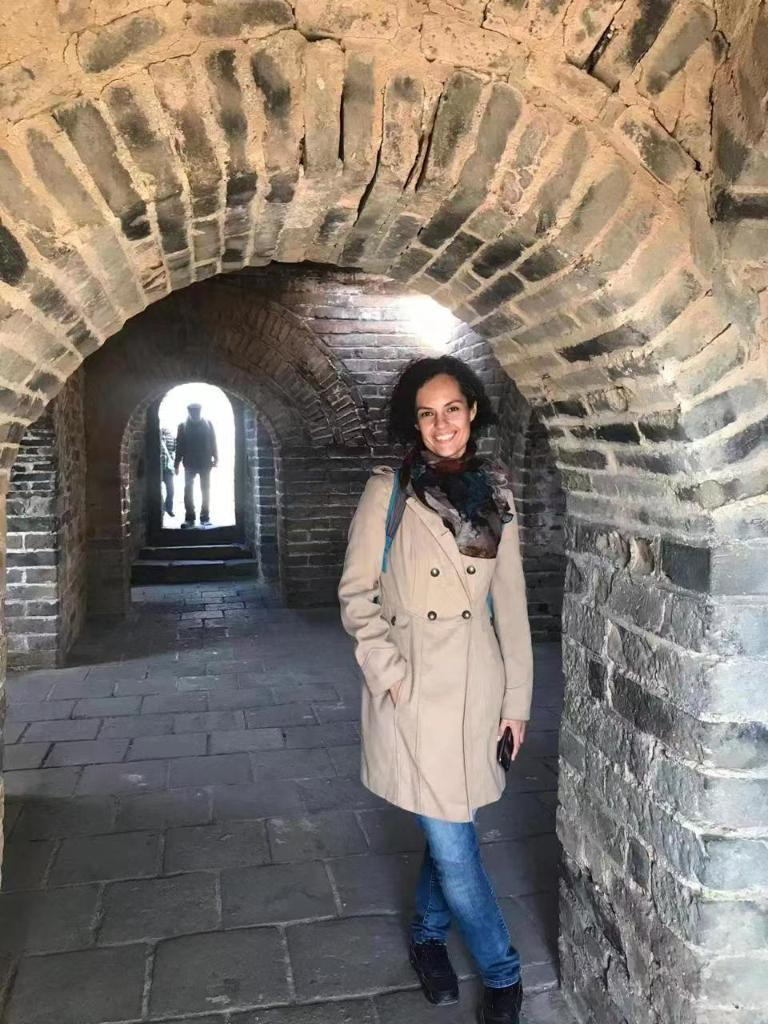 Daniela Tassy visits the Great Wall in Beijing, capital of China, in 2018.

Acting as a Brazilian astronaut in a Chinese film scheduled for next year -- "The Wandering Earth II" -- Daniela Tassy is approaching her acting dream thanks to China's large film market and the friendly relationship between China and Brazil.

The-39-year-old Brazilian came to the eastern Chinese city of Nanjing in 2014 to learn Chinese with a wish to be a translator when going back to Brazil. Fascinated by Chinese culture, she decided to stay after studying for one year.

Wearing Chinese costumes and watching traditional Chinese operas, Tassy filmed and posted what she saw and heard in Portuguese on social media to let more people in Brazil know about China.

"I have my YouTube channel, and I show people a little bit of my daily life. I talk to friends, and we try Chinese food or go to a tourist attraction," Tassy said.

Being an actress has been a dream for Tassy. She found that Chinese TV dramas were popular among Brazilian youth and more Brazilian actors came to China for their stage fever these years.

"I shot a Chinese TV drama 'To Be With You' before. I played the role of a French real estate agent. I watched the whole drama. It was very interesting to know how they shot it," Tassy said.

In 2019, her dreams of being an actress came true. "My role in 'The Wandering Earth II' was small, but I still felt it very rewarding to be part of this team," she said.

"I hope my family and friends could see me on cinema screens or online platforms when the new film is on," she said.

In her daily life, Tassy enjoys visiting Chinese places of interest such as the Great Wall and the Forbidden City, and she posts some video clips on her YouTube channel. "Wearing cheongsam and warriors' clothes with a sword, I felt a little bit Chinese." These pictures on her Youtube channel attract fans globally.

When it comes to the just-concluded 14th BRICS Summit, Tassy shared her opinions about the cooperation between BRICS countries. "I can strongly feel a close and friendly relationship between China and Brazil," she said.

Year after year, she has witnessed enormous progress in China's environmental protection. "The air pollution is getting lower and lower, with many anti-pollution measures taken such as planting bushes in the deserts and arid areas,"

Once she saw a documentary about how Chinese people are turning deserts into forests. "They're planting some bushes that can grow in an arid climate. Brazil is also a vast country, and we can learn from China since the country also has some arid regions," she said.

"We could also cooperate in more aspects, not only bringing famous Brazilian actors to China but also bringing Chinese actors or even the production team to Brazil," Tassy said, expressing her wish to continue her dream of being an actress in China. 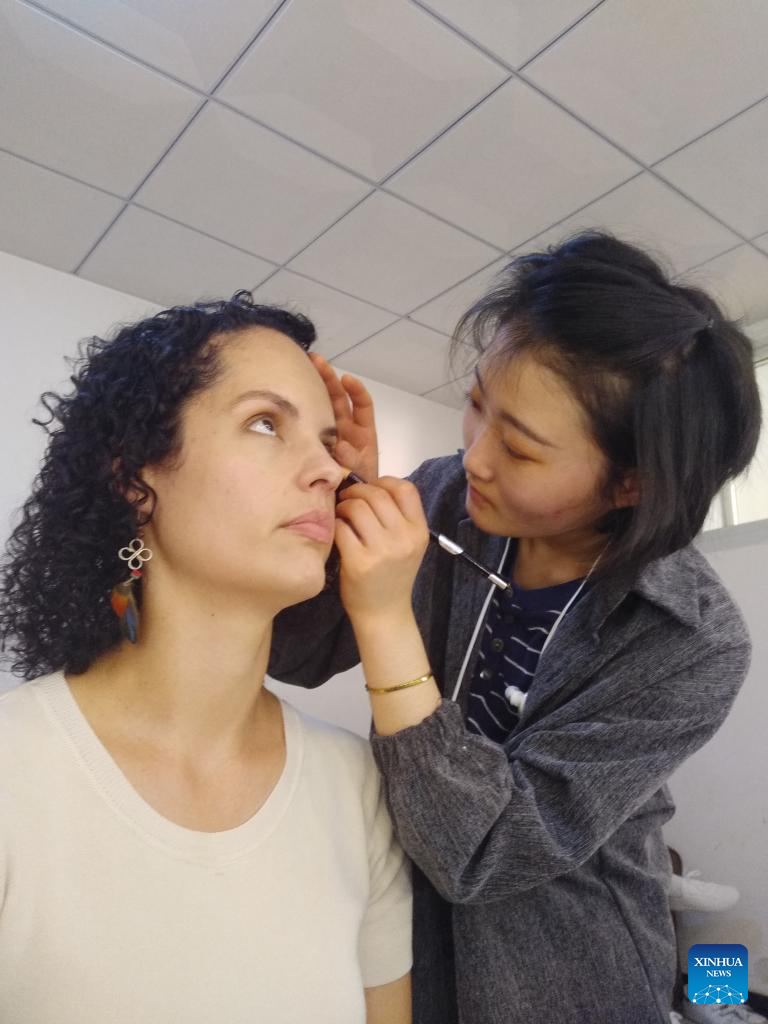 Daniela Tassy has makeup applied before a commercial shooting in Beijing, capital of China, in 2017.