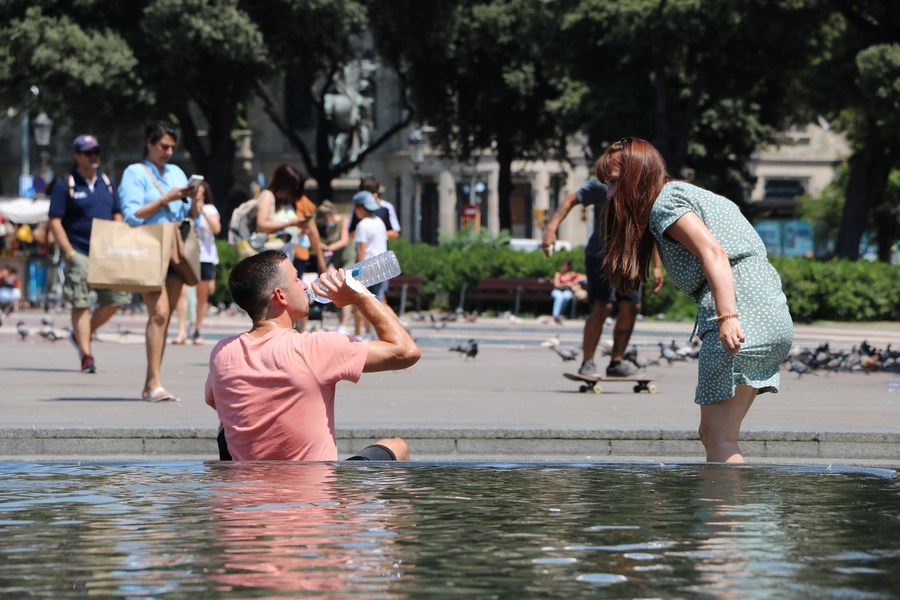 A batch of countries in the Northern Hemisphere are bracing for a record hot summer, with blistering heat waves resulting in wildfires and hundreds -- or even thousands -- of deaths.

World Meteorological Organization spokeswoman Clare Nullis said on July 12 that a new heatwave was building up in Western Europe, which was forecast to intensify and spread to other parts of Europe in the following weeks.

On Friday, the Met Office of the United Kingdom, the country's national weather service, issued a red warning for extreme heat, the highest-level alert covering parts of England.

"Exceptional, perhaps record-breaking, temperatures are likely on Monday, then again on Tuesday," the Met office said.

The highest temperature recorded in Britain so far was 38.7 degrees Celsius at Cambridge Botanic Garden in July 2019.

The Met Office expects "population-wide adverse health effects, not limited to those most vulnerable to extreme heat, leading to serious illness or danger to life."

Spain has been sweltering under a heat wave. Wildfires, mainly caused by record-breaking temperatures, have so far burnt more than 22,000 hectares of woodland and scrub in Spain since the start of the heatwave over a week ago, emergency services said. 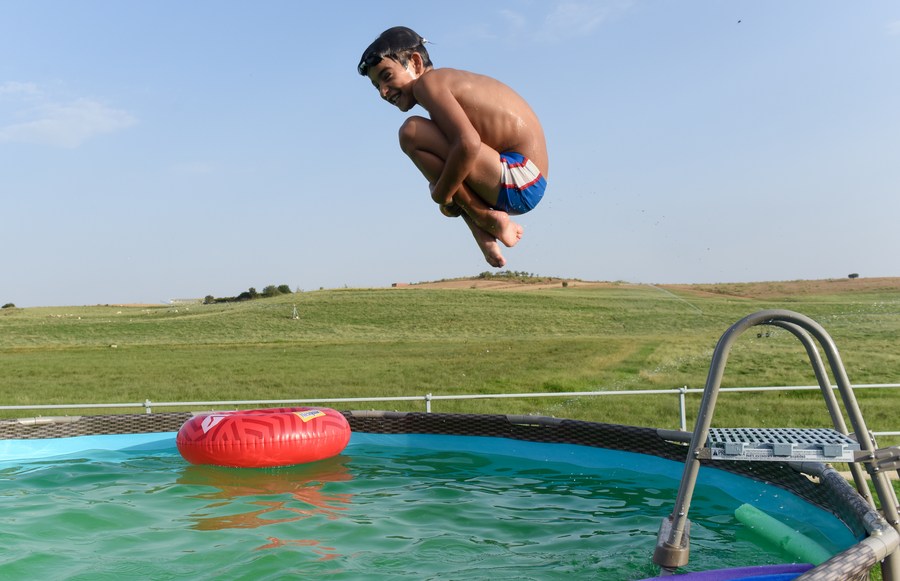 A child jumps into a pool in Caceres, Spain, July 13, 2022.Photo by Gustavo Valiente, Xinhua

Wildfires have already destroyed roughly 30,000 hectares of land so far this year in Portugal, according to local broadcaster RTP.

The scorching heat has also engulfed Japan, with the rainy season being the shortest in the Tokyo area since records became available in 1951.

For the first time in seven years, the Japanese government requested that businesses and households conserve electricity for three months to avoid a power crunch as temperatures have hit record highs.

Heat, a silent killer, does not lead to dramatic before-and-after pictures like floods and earthquakes, but the baking weather harms crops, livestock and livelihoods.

The heat wave in Portugal has already killed 659 people over the past week, local media reported. And around 360 people in Spain died from heat-related causes as of Saturday.

Nullis said that heatwaves are starting earlier and becoming more frequent and more severe because of record concentrations of heat-trapping greenhouse gases.

"What we were witnessing today was a foretaste of the future," she warned.

Corinne Le Quere, professor of Climate Change Science at Britain's University of East Anglia, told Xinhua, "the record high temperatures we're expecting and experiencing are not surprising. Climate change is leading to changes in extreme temperatures, changes in the number of heat waves around the world." 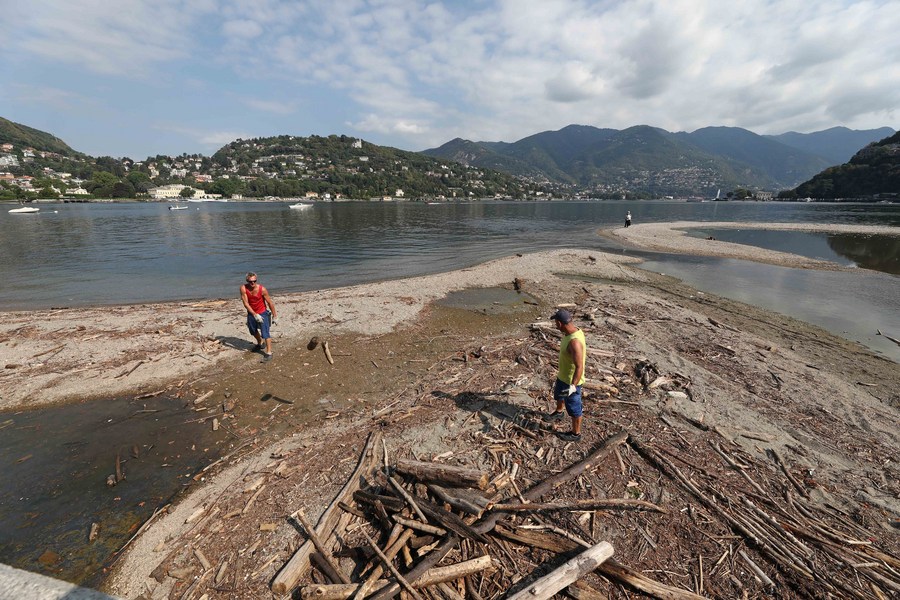 Photo taken on July 13, 2022 shows a low level of Lake Como in Como, Lombardy region, Italy. Italians were bracing for yet another heat wave and dry spell, with meteorologists predicting record-high temperatures and experts warning of a crisis in the country's agricultural sector. Photo by Str, Xinhua

"What we are experiencing with the current heat wave is a pattern that will come more," warned the professor, noting the importance of learning to adapt and live under these conditions.

She said workplaces could protect employees by letting them stay in the shade and put down the blinds to avoid intense sunlight.

Climate change has broader impacts on agriculture and leads to other extreme weather events, such as wildfires, heavy rainfall and droughts, said Le Quere.

"A hotter, drier climate is more conducive to extreme wildfires and places where there are forests. And we've seen that emerging in particularly northern latitudes, and also in some parts of Australia and Africa," she said, adding that measures should be adopted to make forests more resilient to change.