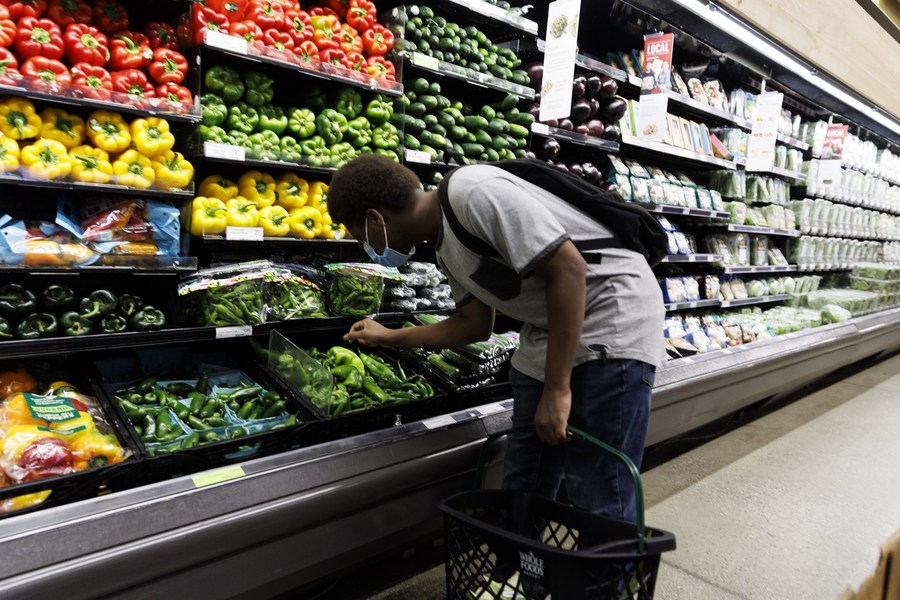 A customer shops at a supermarket in Washington, D.C., the United States, on July 13, 2022. Photo by Ting Shen, Xinhua

Progress on U.S. inflation front "all too likely" will come at the expense of a hard economic landing, because the Fed, in its quest to regain control over inflation, likely will keep raising interest rates by 75 basis points even as the economy is weakening and inflation is peaking.

U.S. consumer inflation in July surged 8.5 percent from a year ago, down from the previous month's fresh four-decade high but still at elevated level, the U.S. Labor Department reported Wednesday.

The consumer price index (CPI) was unchanged in July after rising 1.3 percent in June, according to the department's Bureau of Labor Statistics (BLS).

The so-called core CPI, which excludes food and energy, ticked up 0.3 percent in July following a 0.7-percent rise the prior month. Core CPI jumped 5.9 percent over the last 12 months.

"Consumer price inflation surprised to the downside in July," Sarah House and Michael Pugliese, economists at Wells Fargo Securities, wrote in an analysis.

"Falling prices for gasoline, used autos and travel service categories such as airline fares, car rentals and lodging away from home helped cool monthly inflation from the torrid pace seen in May and June," House and Pugliese said. 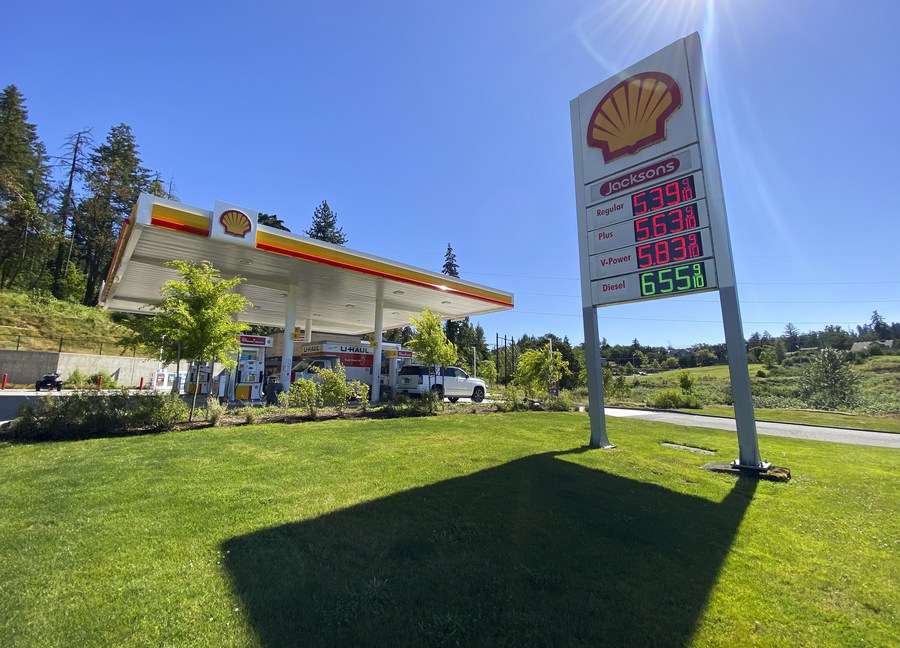 A price board is seen at a gas station in Oregon, the United States, July 13, 2022.
Photo by Wang Ying, Xinhua

The June CPI of 9.1 percent marked the largest 12-month increase since the period ending November 1981, following a 8.6 percent growth in May. CPI has remained over 8 percent since March, a stark reminder that the Fed has a long way to go to bring elevated inflation under control.

Desmond Lachman, senior fellow at the American Enterprise Institute, told Xinhua that the main reason that headline inflation dropped in July was that gasoline and airline prices plummeted, noting that it did so as international oil declined in response to the "sharp deterioration" in the world economic outlook.

The food index increased 10.9 percent over the last year, the largest 12-month increase since the period ending May 1979.

"Today's encouraging consumer price numbers suggest that inflation very likely has peaked and will continue to come down in a sustained manner," Lachman said.

However, he said, they also suggest that progress on the inflation front "all too likely" will come at the expense of a hard economic landing, because in its quest to regain control over inflation the Fed likely will keep raising interest rates by 75 basis points even as the economy is weakening and inflation is peaking. 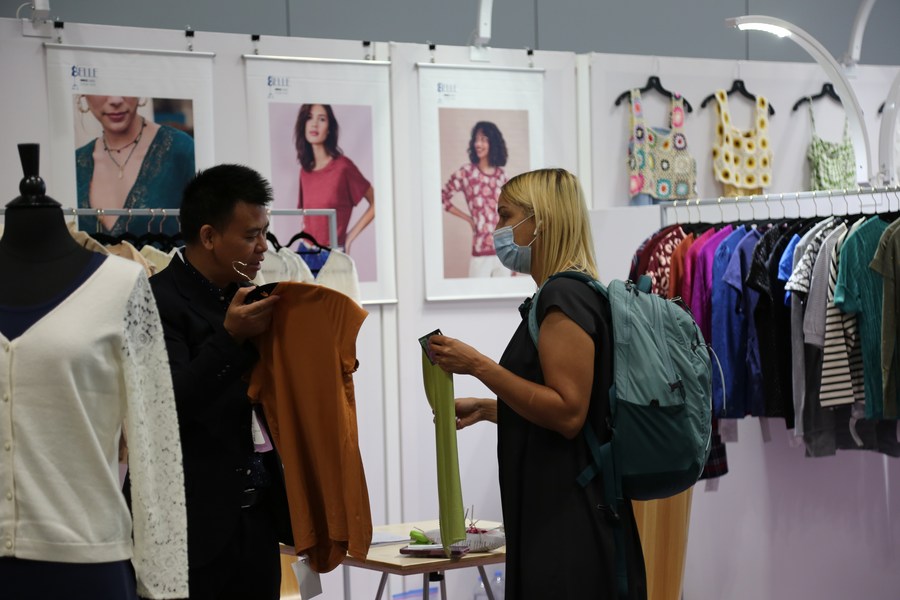 House and Pugliese noted that monetary policymakers have made clear that they need to see clear evidence of a sustained slowdown in inflation before pivoting on monetary policy.

"In our view, it will take several more soft inflation prints before the FOMC (Federal Open Market Committee) begins to feel confident that it is getting price pressures in check," said House and Pugliese.

At least a 50-basis-point rate hike at the September FOMC meeting remains "the most likely outcome," they added.

According to the Chicago Mercantile Exchange Group's FedWatch tool, the probability of a 50-basis-point rate hike at the Fed's next policy meeting was 57.5 percent on Wednesday.