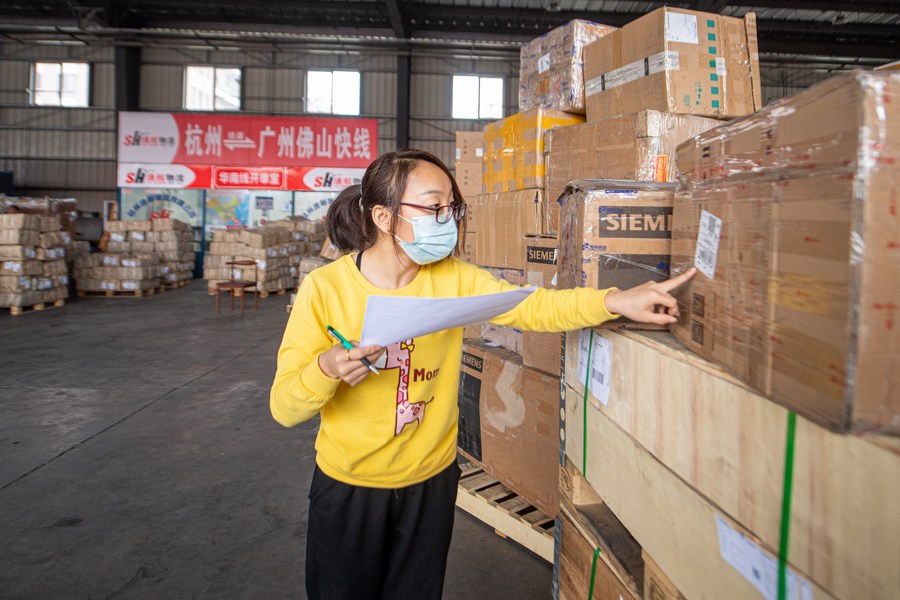 A staff member checks the packages at the warehouse of a logistics company at the Hangzhou Transfar highway port in Hangzhou, east China's Zhejiang Province, April 13, 2022.Photo by Jiang Han, Xinhua

In July alone, the sector raked in 113.42 billion yuan in business revenue, marking a year-on-year growth of 13.3 percent.

The express service industry accelerated its expansion in July, with its business revenue increasing 8.6 percent from a year ago to stand at 89.82 billion yuan.