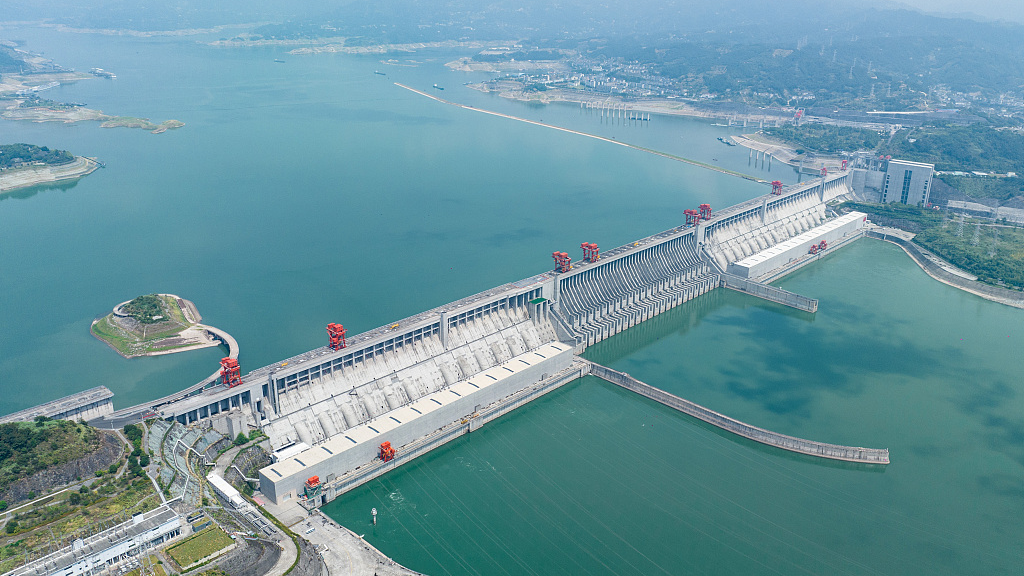 As of Sunday, reservoirs of the Yangtze River have discharged 980 million cubic meters of water into the lower reaches to help fight the country's worst drought, China Media Group (CMG) reported, citing the Ministry of Water Resources.

The discharge is a part of a more extensive water replenishment plan that aims to dispatch 1.48 billion cubic meters of water in total to the lower reaches of the river.

Since July, most areas of the Yangtze River basin have experienced high temperatures accompanied by 45 percent less rainfall than in previous years. According to the ministry, the Yangtze River reservoirs replenished 5.3 billion cubic meters of water in the middle and lower reaches of the river between August 1-15.

So far, drought has affected 2.46 million people and around 2.2 million hectares of farmland in the Sichuan, Hubei, Hunan, Jiangxi and Anhui provinces and the Chongqing Municipality.

More than 809,000 people had difficulty accessing drinking water across the country, data from the Ministry of Water Resources showed. Most of these people are in southern, inland provinces.

A total of 1.35 billion yuan ($198 million) has been allocated for local flood control and drought relief as of August 18, according to the Ministry of Finance and Ministry of Emergency Management.

Provincial-level governments are extending the water pipeline and looking for new water sources, according to another CMG report.

The lasting heatwave is killing vegetables in Chongqing. Farmers are using cloth shades, fans and water curtains to cool the plants.

Also on Thursday, China's National Meteorological Center issued this year's first drought alert, which was upgraded to orange on Saturday. The country has a four-tier, color-coded weather warning system, with red representing the most severe warning, followed by orange, yellow and blue.

A scorching heatwave in June started the drought. A total of 262 weather stations recorded extreme high temperatures, the strongest in the past six decades during that period.

"The persistent abnormal atmospheric circulation caused continuous high temperature, just like the lid of a pressure cooker which holds hot air too tight to diffuse it out, making the temperature abnormally high and persistent," said Chen Lijuan, chief forecaster of the country's National Climate Center.

"We have to face the fact that similar heatwaves will occur frequently in the future … it will become a new normal," Chen said.