Across China: Revival of millennium-old river in Beijing 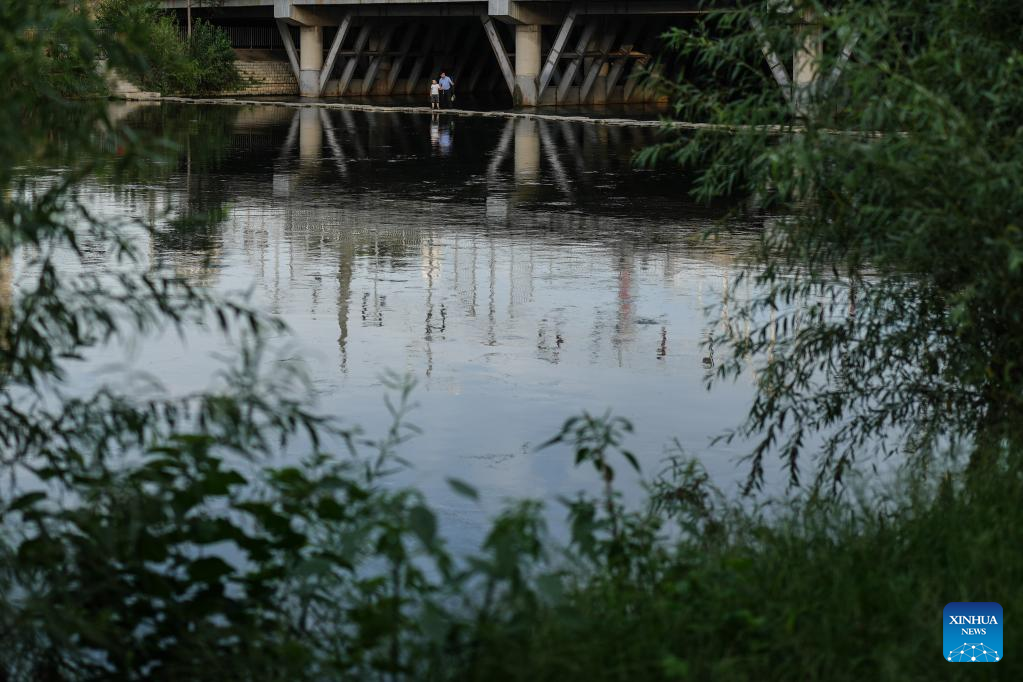 From a murky, stinky river to a new home to fish and plants, Beijing's Liangshui River, which has a history of over 1,400 years, experienced a transformation over the past nine years.

The 68.41-km-long river runs through seven districts in the Chinese capital before flowing into the Grand Canal, the world's longest artificial waterway. Since authorities in Beijing started a campaign to tackle pollution in rivers in 2013, the Liangshui River has regained vitality and attraction to residents.

At a section of the river in the Beijing Economic-Technological Development Area, residents now enjoy the clean water and beautiful scenery all year round.

"I cycle along the Liangshui River for about an hour every day. Only a few years ago, it was so smelly that nobody wanted to go near the water, especially in summer," said a resident surnamed Huang, who lives on the north bank of the river.

In 2016, when Xinhua reporters visited the Xiaolong River, a tributary of Liangshui, it was full of floating garbage.

"For quite a long time, sewage treatment facilities could not keep up with the pace of population growth near the river," said Chang Song, a station head with the Liangshui River management office." A large amount of domestic and industrial sewage was dumped into the river, causing severe damage to the ecosystem."

The Beijing Water Authority reckoned they first needed to enhance the sewage treatment capacity to improve the water quality.

Over the years, it cut 86 major sewage outlets and installed new sewage and recycled water pipelines to upgrade the sewage treatment facilities.

The Huaifang recycled water plant, located at the source of the Xiaolong River, played a big part in injecting fresh water into the river.

"The plant recycles domestic sewage from the city's southwestern region, and the recycled water became a main source of the Xiaolong River," said Fu Wei, head of the plant.

Over the years, the authorities also conducted extensive river dredging and increased the grassland and forested areas on both sides of the river to about 2.87 million square meters.

Protecting the water environment requires not only measures by the authorities but also the joint efforts of residents.

In 2017, Beijing initiated a river-chief system at the city, district, township, and village levels to tackle water pollution.

According to the system, river chiefs must conduct at least one patrol along the river every month and report illegal activities such as untreated sewage dumping and industrial waste.

Gong Jingbo, Party secretary of the Kaerbaili community and a resident who lived near Liangshui for 18 years, became chief of the river last year and took on the responsibility of protecting the water environment.

"I hope to be a protector of the environment and make my due contribution to the Liangshui River," said Gong, who regularly patrols the river in the early morning and evening.

The joint efforts of the authorities and the public have paid off. According to the Beijing Water Authority, over the past nine years, 142 polluted waterways across Beijing have all been cleaned. The city's sewage treatment rate increased from 83 percent in 2013 to nearly 96 percent.

This year, the water authority will launch another three-year campaign on the city's waterways to further improve their ecological environment.

"We hope to build Liangshui into a river with multiple functions, including flood control, sight-seeing, ecology, and culture," Chang said. 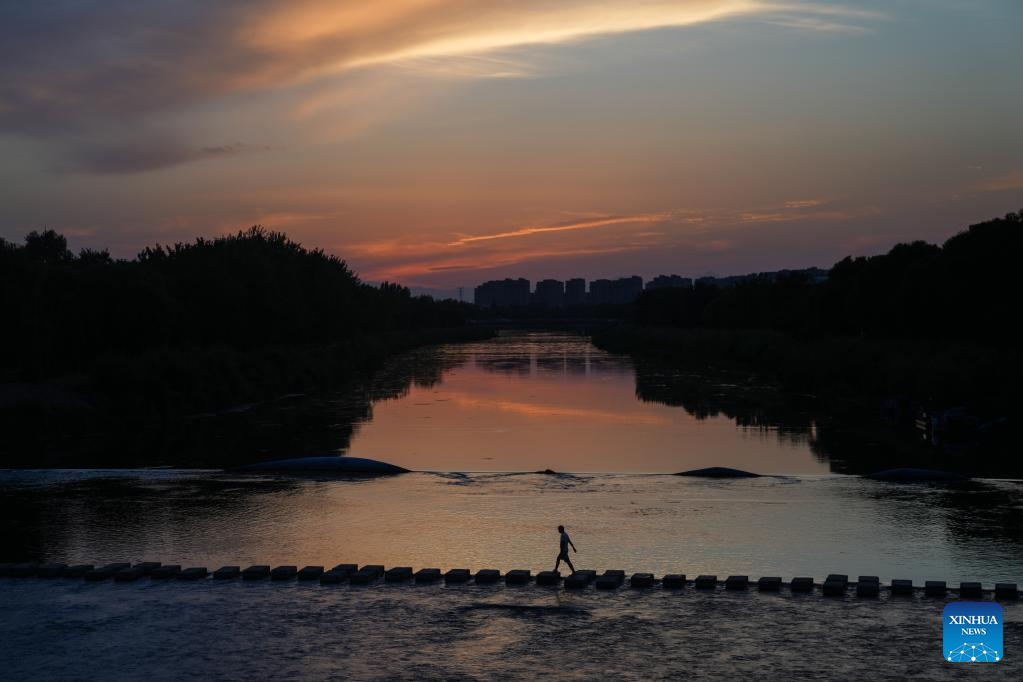 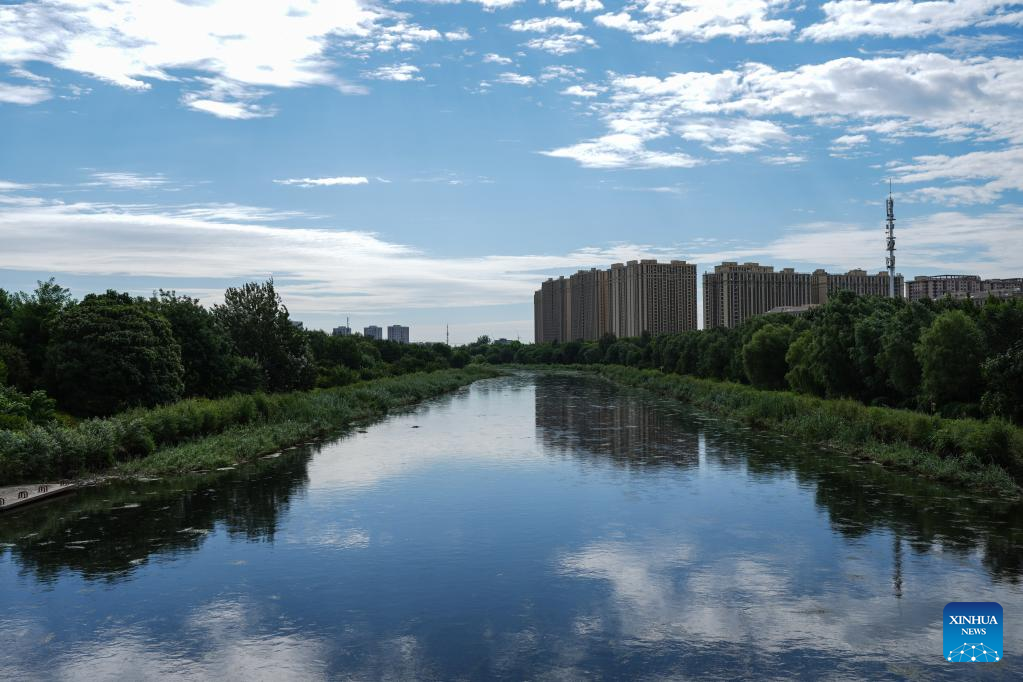 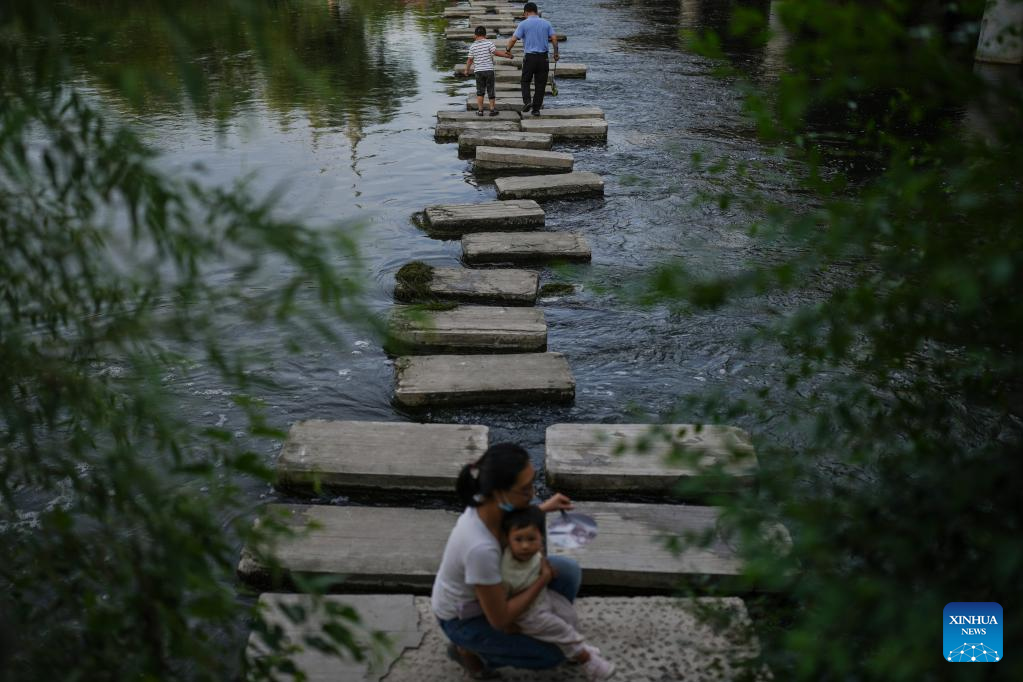 People walk along a stone path on the Liangshui River in Beijing, capital of China, Aug. 24, 2022. (Xinhua/Peng Ziyang) 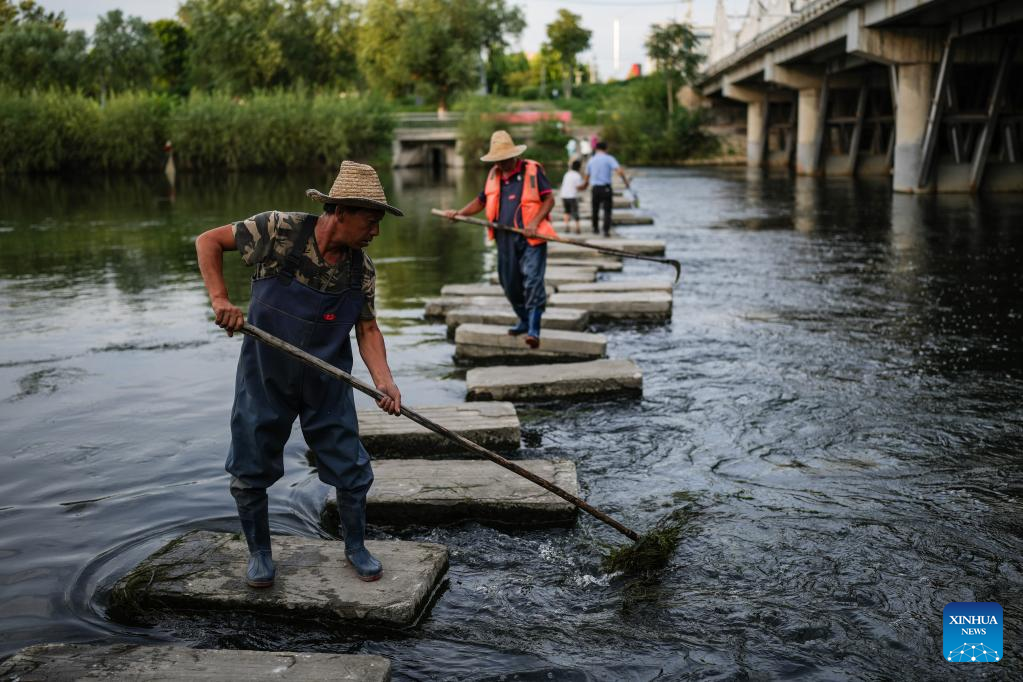