A decade of progress in China's thriving industrial sector 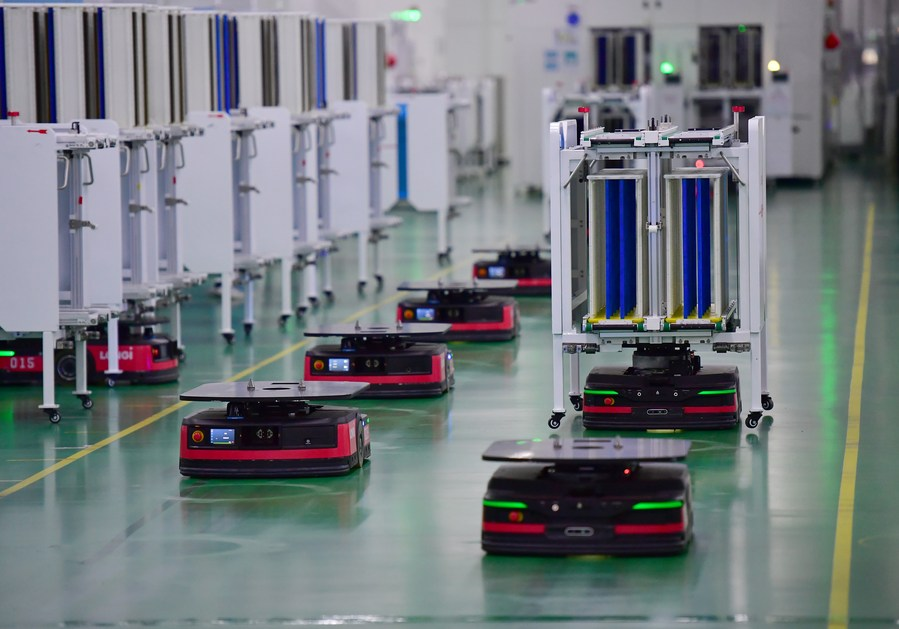 Continued efforts over the past decade have steered China's industrial sector toward high-quality and sustainable development as industrial production steadily increased and manufacturing capabilities gradually improved.

The following data from the National Bureau of Statistics has provided an overall picture of the remarkable achievements of the industrial sector in the period, which serves as not only a key pillar of the world's second-largest economy but also a vital driver of the global manufacturing industry.

Despite challenges such as the COVID-19 pandemic, sluggish global economic growth, and the wave of deglobalization, China has sustained sound growth momentum in industrial growth and demonstrated enhanced capability in resisting shocks.

The value-added industrial output, an important indicator measuring industrial activities, rose to 37.3 trillion yuan (about 5.38 trillion U.S. dollars) in 2021 from over 20 trillion yuan in 2012, according to a report from the bureau.

During the 2013-2021 period, China's value-added industrial output grew at an average annual growth rate of 6.1 percent, much higher than the level of other major economies.

Apart from its massive size and rapid growth, China's industrial sector also showed great resilience in the face of unexpected risks. It took the lead globally in rebounding from the COVID-19 fallout as China effectively coordinated COVID-19 response with economic and social development, according to the report.

Industrial firms with an annual business turnover of at least 20 million yuan saw their operating revenues in 2021 jump 18 percent from 2020. Their profits logged a sharp increase of 27.2 percent.

An underlying logic in China's industrial development over the past 10 years is the country's commitment to upgrading its industrial structure -- to make the sector not only big but also smart and tech-savvy.

New types of industrial products constantly pop up thanks to the application of cutting-edge technologies and the digital transformation of industrial firms.

China produced 366,000 industrial robots in 2021, a rapid increase of 67.9 percent from the previous year, while the output of optoelectronic devices rose 24.1 percent year on year to 1.2 trillion pieces.

All types of industrial firms expanded in the past ten years amid the country's efforts to reduce taxes and fees and improve the business environment.

In 2021, the total profits of major state-owned enterprises came in at 2.3 trillion yuan, surging 50 percent from 2012, data from the report showed.

The private firms also posted a strong performance during the period, with better capacity in gaining profits and offering jobs. The total profits of major private industrial companies jumped 44.4 percent from 2012 to 2.9 trillion yuan last year. These companies employed 35.82 million people in 2021, an increase of 14.7 percent from 2012.

Meanwhile, policy support has been given to small businesses to provide an encouraging environment for their development.