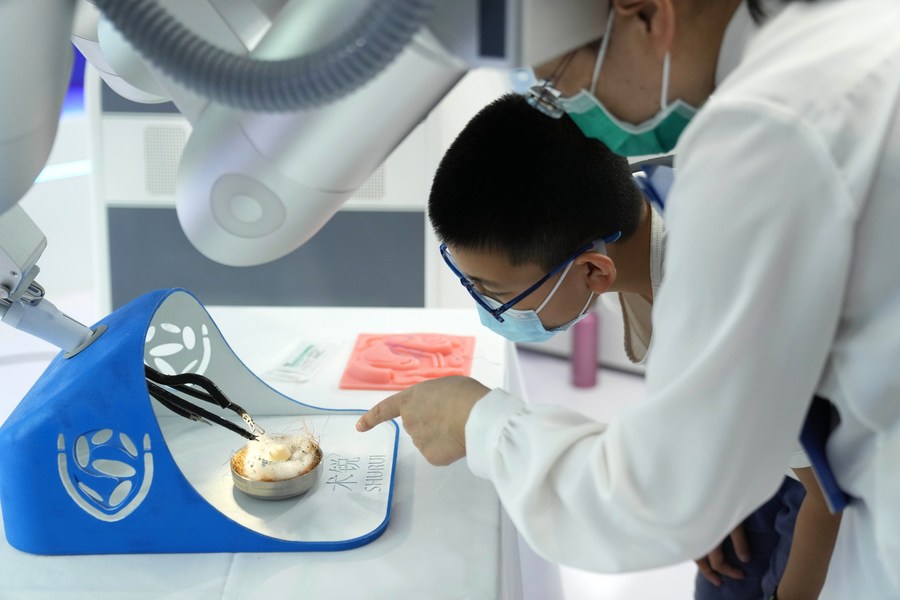 Visitors watch as a surgery robot demonstrates at Shougang Park during the 2022 China International Fair for Trade in Services (CIFTIS) in Beijing, capital of China, Sept. 3, 2022. Photo by Ju Huanzong, Xinhua

The Chinese mainland has climbed to 11th place on the Global Innovation Index (GII) 2022 released by the World Intellectual Property Organization (WIPO), up one place from its 2021 ranking.

This elevation in rank marks the Chinese mainland's 10th consecutive ascent, bringing it to the top of the 36 upper middle-income economies, according to the China National Intellectual Property Administration (CNIPA) on Thursday.

The GII tracks the most recent global innovation trends and reveals the most innovative economies in the world, ranking the innovation performances of approximately 130 economies, according to the WIPO.

In terms of innovation input sub-indicators, the Chinese mainland ranked first in domestic market scale and number of firms offering formal training, according to this year's GII report.

In terms of innovation output sub-indicators, the Chinese mainland ranked first in patents by origin, utility models by origin, labor productivity growth, trademarks by origin and creative goods exports, according to the report.