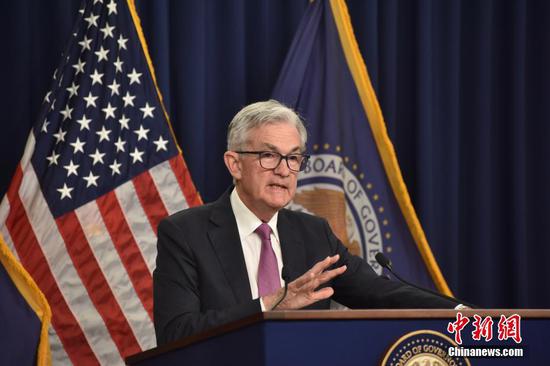 Data released by the U.S. Treasury Department shows that public debt in the country has surpassed $31 trillion for the first time ever, far beyond its gross domestic product in 2021 of $23 trillion, and is close to reaching the $31.4 trillion debt ceiling.

According to the U.S. media Quartz, a trillion U.S. dollars of debt was added just in the last eight months. The barbaric growth of U.S. debt has caused global concern over another financial crisis.

The $31 trillion debt is equivalent to $236,000 per American household and $93,000 per person, according to the Peter G. Peterson Foundation. If every U.S. household paid $1,000 per month toward covering the debt, it would take 19 years to pay down the sum.

The country's radical move to increase interest rates is accumulating more interest payments. According to the Peter G. Peterson Foundation, higher rates could add an additional U.S. trillion dollars to what the federal government spends on interest payments this decade.

Stimulus packages have been adopted by the U.S. government in order to revive the economy. For example, former U.S. President Donald Trump signed into law a $2.3 trillion pandemic aid and spending package.

And the Biden administration’s American Rescue Plan, the Inflation Reduction Act, and CHIPS and Science Act have added a large amount of debt. A high defense budget has also increased the debt burden.

Raising the debt ceiling is often used by the country to cope with its fiscal predicament. However, the federal government is now trapped in a vicious circle in which it borrows money and pays interest, which causes more interest and more borrowing.

The two parties of the country are used to fighting over the debt ceiling issue, which has lowered the federal government’s ability to respond to financial challenges and triggered investors’ concern about the potential default of the U.S. debt.

If the U.S. defaults on its debt, the country will face multiple risks. For example, its credit rating will be lowered, the U.S. dollar’s position as the world's dominant reserve currency will be shaken, and there will be potentially more financial risks.

In addition, the rising debt will further limit the country to take actions in dealing with climate change, the next round of COVID-19, and building an inclusive economy.

Uncertainties caused by its debt crisis will spread to the rest of the world, bringing more instabilities to investment, trade and other fields, which will encumber the world’s economic recovery and may trigger another financial crisis.

A long-term large-scale deficit jeopardizes the country’s future as well as the world economy. The U.S. government should increase revenue and reduce expenditure. Frequently raising the debt ceiling is not a sustainable solution.