Foreign experts weigh in on CPC congress and report 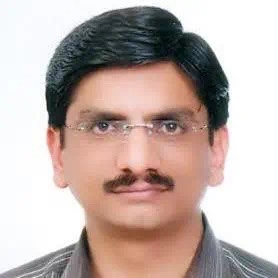 The 20th National Congress of the Communist Party of China commenced in China with a significant report presented by Xi Jinping explaining the path to Chinese epic economic development, modernization, development, and governance achievements through the people's process democracy. The report focuses primarily on the progress made since the last National Congress meeting and the overall decade. China's modernization and progress have been realized over the past decade; China has become stronger through its clarity in the vision of governance, especially at the level of the ideology and governance methods of the Chinese Communist Party leadership. Chinese people's process of democracy has been strengthened with the materialization of the Second Centenary Goal to transform China into a democratic, prosperous, harmonious, and beautiful country till the mid of this century. China focuses on human resources, education, science, and technology to make the country modern to compete with the world. Through upholding the rule of law and investing in people's well-being, what is important is the modernization of the defense and security capability apart from maintaining national reunification.

Viewing the entire process of the 20th Congress of the CPC from Pakistan is a fascinating insight into where the whole event has been organized to symbolize the sense of inclusiveness through the Chinese way and model of democracy. The country's leadership has built this system keeping in view the domestic cultural, ethnic, and local norms and values, especially those that are based on communist forms of living. Before the main event, clearly defined road maps helped the leaders and people work together to build strategies to resolve local, regional, and national issues. The entire process reflects that the governance structures and progress are indigenous and, over the years have grown organically with the society and people of the country. Apart from this, what has been a strength of China' has remained that through evaluating the emerging challenges and changing times, the CPC has made all possibilities to renew, rejuvenate and excel by improving the overall requirements for building the Party in terms of self-governance and ideology. 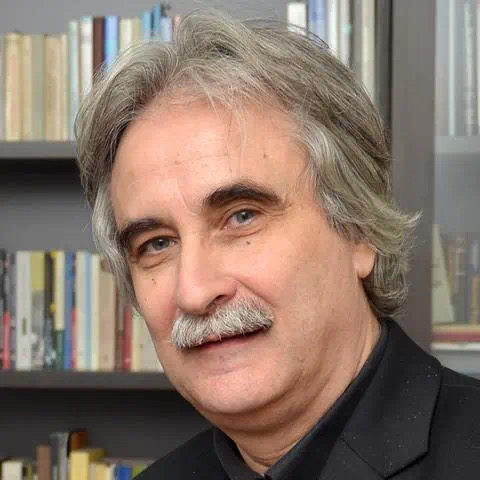 The Communist Party of China undoubtedly plays a leading role in building up an effective governance system with implementing the Thought on Socialism with Chinese Characteristics for a New Era. Having profound historical significance and carrying forward the great founding spirit of the CPC, the report, delivered to the 20th CPC National Congress, pushes forward vigorous progress and achievements to build a modern socialist country in all respects. Meanwhile, in today's world of international instability and turbulence, this report presents a Chinese-style path to modernization, providing an inclusive approach of modernization for humanity.

Every single expression and term of the report carries a political meaning. It makes solid and deep insights into national and global affairs. It places China's development in the modern era within the context of human development and links its destiny with that of citizens around the globe by jointly building a community with a shared future for a better world.

Overall, the report incorporates fundamental principles, guidelines, and strategies for the next five years in accordance with the vital requirements and exclusive features of Chinese-style modernization, echoing with the theme of high-quality development. Under the leadership of the CPC, China can bring stability and harmony between humanity and nature to this stormy world. China is a perpetual stabilizer and driving force for global peace and economic growth. Shakeel Ahmad Ramay, CEO of the Asian Institute of Eco-civilization Research and Development in Pakistan. Photo provided to chinadaily.com.cn

Xi Jinping delivered a comprehensive and forward-looking speech at the 20th National Congress. He delivered the speech at a time when world is facing multifaceted and complicated challenges. The world is struggling to overcome the challenges of COVID-19, climate change, poverty, energy, and food insecurity. On the other hand, the economic crisis is creeping in with an alarming speed. It has threatened the social and economic system of world. Higher inflation and lower growths are the new normal in the global scenario. The world is struggling to find answers for these questions and looking for opportunities to reverse the process, but with limited success.

In this context, the speech of Xi is extremely important because policies of China influence the global system. Being a major power, every policy or action of China has relevance for global economic and political landscape. There is a consensus among the community of experts and policy makers that the economic performance of China has determinantal impacts on the global economy and politics. Xi is cognizant of this new reality and delivered his speech by keeping in mind global political, security and economic situations and complications.

Xistarted his speech by congratulating the Chinese nation for their marvelous achievements. He declared that China has accomplished the task of first century goal by ushering in a new era of socialism with Chinese characteristics, the eradication of poverty and helping to build a moderately prosperous country. However, it is not the end of the work, rather it is the beginning of a new journey to achieve second century goals: a developed, prosperous country and responsible major power. However, in new endeavors China will have to keep the philosophy of people's centered development and people's first policy at heart of all future policies and actions. He also proposed new drivers of economic growth and sustainability.

Second, he prescribed "common prosperity" as a key goal for future economic and development policies. He shared his view that "common prosperity" should be achieved without compromising the market needs, efficiency, and greater role of the market. It is a new concept, which is extremely important at this point in time. As, mankind is facing economic and development challenges, an existing economic model is unable to present solution. Therefore, it is expected that new concepts of common prosperity can help the world, especially common citizens to find solutions. But the real challenge would be, how to regulate the markets, which can ensure common prosperity without compromising on the efficiency and leading role of the market. Xi is aware of this dimension and has been working for many years to define the right set of policies and policy tools like eco-civilization, new philosophy of development, dual circulation model, the 14th Five-Year plan, Vision 2035 etc. All these documents and policies carry extremely important lessons to understand and implement the philosophy of common prosperity and market.

Fourthly, Xi talked about the value and importance of Whole Process Democracy. Whole Process Democracy is a unique model which is based on a continuous two-way interaction and follows the principles of core socialist values. It provides basis for the people centric development policies and actions. Owing to whole process democracy and a people centric approach, China was able to build the biggest education, health and social security systems.

Fifthly, Xi put a lot of importance on the proactive and positive role of the youth to define the future of the country. For that purpose, China will be putting education at the highest priority and provide exemplary opportunities for the youth to polish their skills. He advised the youth to aim high but always stay grounded. It is extremely important advice because it is required to denounce arrogance, remain humble, and keep on working for the betterment of society, country and humanity.

On the global front, Xi reiterated China's commitment to global system and promised to play a positive and active role. He urged the global community to work for enhancing cooperation by adhering to principles of justice, equality, respected and integrity. Second, he denounced the hegemonic behavior and described it as a major reason of global problems. He categorically highlighted the importance of sovereignty of nations is needed to be respected by all. He opposed the third country interference in internal affairs of sovereign countries. He assured the world that China will never look for hegemonic power, neither will China interfere in internal affairs of other countries. Simultaneously, China will not tolerate interference in internal affairs of China by any country. He specifically talked about Taiwan and made it clear that Taiwan is an internal matter of China and China has the wisdom and capability to tackle it. Thirdly, Xi asked the world to work together to achieve sustainable development, peace and community with shared future. China is already playing a positive and proactive role in global development through its Belt and Road Initiative, Global Development Initiative. China is also on the way of a comprehensive opening up. It will create multiple opportunities for the world and help to move on the way to achieve a goal of community with a shared future.

In conclusion, from the above discussion, we can infer that Xi's speech carries a message of hope in desperate times. The message is not only for the people of China but for the whole world. He reassured the people that through cooperation, selflessness, and putting people at center, we can solve any problem.