US close to debt limit adding to public burden 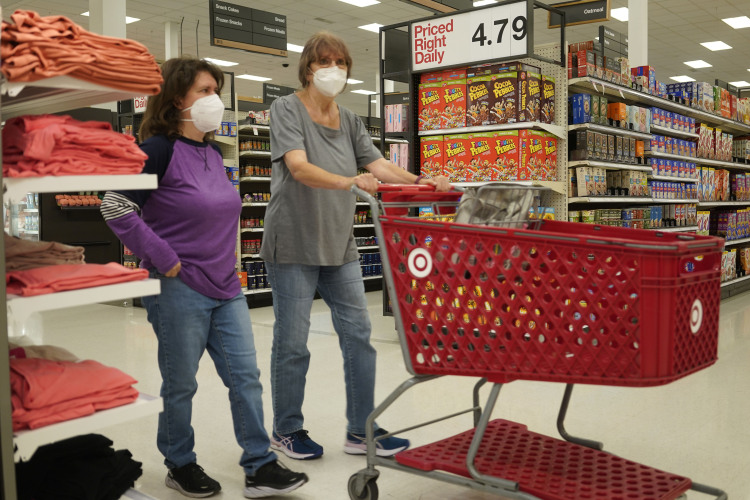 People shop at a supermarket in San Mateo, California, the United States, Sept 13, 2022. Photo by Xinhua

As inflation has risen to a 40-year high in the US, the current federal government's debt is going over its credit limit, meaning that each American is in debt of $93,000, according to reports.

The US national debt surpassed $31 trillion for the first time amid higher interest rates at the beginning of this month, as the US Treasury Department's daily treasury statement was released. The US Congress passed legislation in December last year to raise the debt limit to $31.4 trillion.

The Peter G Peterson Foundation put such a large number into perspective in an article to help people fully understand its implications They shared that the debt limit equals $93,000 debt per person, or $236,000 per household.

If every US household contributed $1,000 each month to pay down the national debt, it would take over 19 years, it added, and $31 trillion is enough to cover a four-year degree for every graduating US high student for 73 years.

"In the past 18 months, we've witnessed inflation rise to a 40-year high, interest rates climbing in part to combat this inflation, and several budget-busting pieces of legislation and executive actions," said Maya MacGuineas, president of the Committee for a Responsible Federal Budget, a budget watch group.

Brian Riedl, a senior fellow at the Manhattan Institute, said the US was unwise to make long-term debt commitments based on short-term, adjustable interest rates. "Basically, Washington has engaged in a long-term debt spree," he said. Adding new debt as interest rates rise is akin to pouring fuel on a fiscal fire.

In a report released in May, the Congressional Budget Office (CBO) warned that the likelihood of a fiscal crisis in the US would increase. "Specifically, the risk of investors' losing confidence in the US government's ability to service and repay its debt would rise, causing interest rates to increase abruptly and inflation to spiral upward, or other disruptions," it said.

Americans are spending over $1 billion per day on interest payments on the debt, according to Peter G Peterson Foundation.

"The coronavirus pandemic rapidly accelerated our fiscal challenges, but we were already on an unsustainable path, with structural drivers that existed long before the pandemic," the foundation said. "America's high and rising debt matters because it threatens our economic future."