Xi expounded on the missions and tasks of the Communist Party of China (CPC) on the new journey of the new era.

Here are some highlights: -- From this day forward, the central task of the CPC will be to lead the Chinese people of all ethnic groups in a concerted effort to realize the Second Centenary Goal of building China into a great modern socialist country in all respects and to advance the rejuvenation of the Chinese nation on all fronts through a Chinese path to modernization. 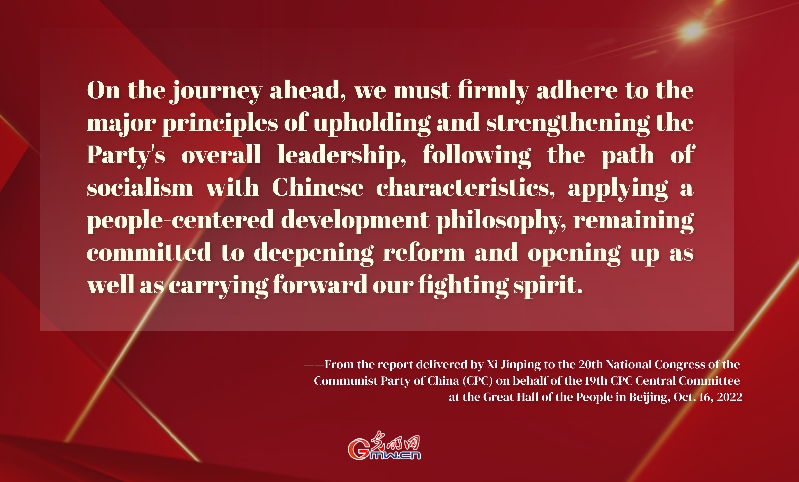 -- On the journey ahead, we must firmly adhere to the major principles of upholding and strengthening the Party's overall leadership, following the path of socialism with Chinese characteristics, applying a people-centered development philosophy, remaining committed to deepening reform and opening up as well as carrying forward our fighting spirit. 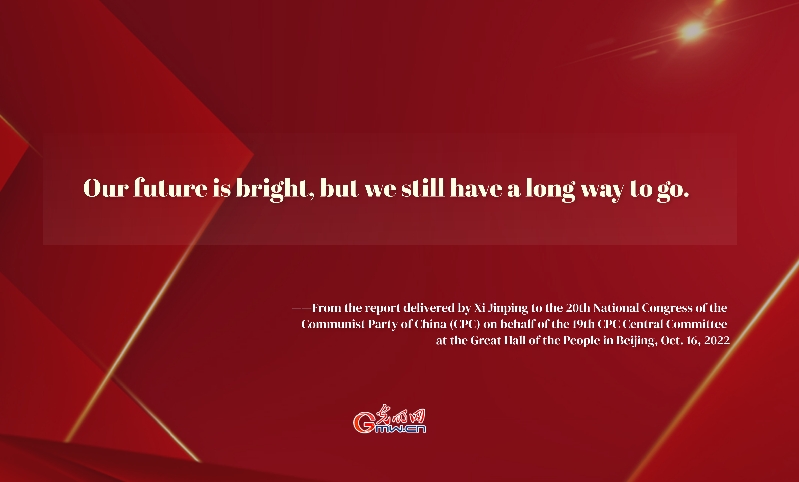 -- Our future is bright, but we still have a long way to go.