Chinese diplomacy for benefit of the world 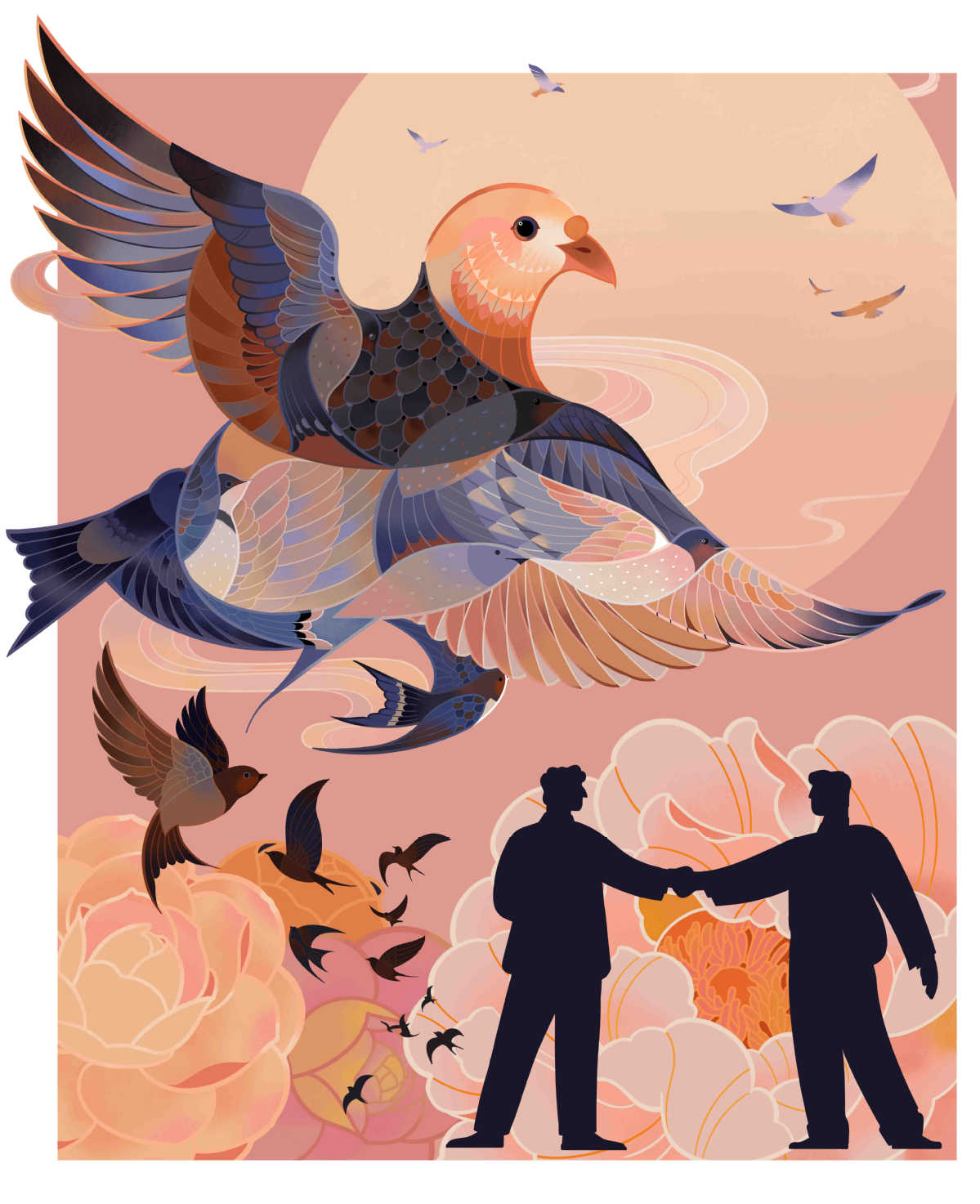 In the report he submitted to the 20th National Congress of the Communist Party of China on Oct 16, CPC Central Committee General Secretary Xi Jinping said the world has once again reached a crossroad, and its future course will be decided by all the people of the world. It means the global political and economic situation today is the most turbulent since the end of World War II.

First, severe global challenges including the COVID-19 pandemic and climate change continue to disrupt economic, political and social development. More people across the world have slipped into poverty since 2020 and at least 31 countries face domestic political, economic and/or livelihood crises. The secondary disasters caused by the pandemic and climate change are also spreading across the world.

Second, the Russia-Ukraine conflict has triggered another confrontation between major countries, perhaps the most serious since the end of the Cold War, giving rise to new global energy, price, food and financial crises, which could further aggravate.

Third, the United States has built barriers against China in sectors such as science and technology, market entry, and industry and supply chains, which goes against the principle of free competition. Worse, the US has been exploiting the Taiwan question to stir up trouble in the region, dealing a severe blow to peace and prosperity in Asia. Indeed, the world is standing at a crossroad again.

President Xi Jinping has urged the world to strengthen cooperation and promote unity by transcending conservative ideologies and pursuing the right path to global development, in order to build a community with a shared future for mankind. This is not only the purpose and principle of major-country diplomacy with Chinese characteristics, but also the outcome of Chinese wisdom which a rising China uses to address global challenges.

Xi also stressed that China will uphold multilateralism and help improve global governance while adopting a more proactive strategy of opening-up. The Belt and Road Initiative is an apt example of China's endeavors to promote common development, as it has been welcomed by the international community both as a public good and a cooperation platform.

Also, China is a major trading partner of more than 140 countries and regions and leads the world in goods trade. China is also a major destination for foreign investment and a leading country in outbound investment. This is the result of diplomacy with Chinese characteristics.

Xi's report to the 20th CPC National Congress also emphasized that China pursues an independent foreign policy of peace, promotes the establishment of a new type of international relations, and helps safeguard the common interests of developing countries. These are part of China's contribution to world peace and development, and it has done so by adhering to the path of socialist modernization with Chinese characteristics and people-centered development philosophy.

These basic diplomacy principles, developed since the era of Deng Xiaoping, are aimed at continuously contributing to world peace, prosperity and cooperation. And they will continue to be the core elements of China's diplomacy in the new era. For example, independent, peaceful diplomacy means China will never seek hegemony, and has no interest in joining any camps in international relations, let alone forming alliances like other countries.

Promoting a new type of major-country diplomacy means China wants to avoid falling into the Thucydides trap, and instead change the zero-sum game that is often unavoidable in competitions between major powers and put major-power relations on a stable and constructive track. This is the goal of China's diplomacy in the new era.

Safeguarding the common interests of developing countries is a priority of China's diplomacy. In recent years, with the rise of new economies represented by China, the global structure of power and wealth is shifting from the West to the East, with the effects of such great changes reflected in many fields.

As the world's largest developing country, China needs to not only strengthen cooperation and solidarity with other developing countries but also represent their interests and continue creating more opportunities for them in order to promote equitable development. This will be a vivid demonstration of the people-centered philosophy of China's governance mechanism.

Xi's report also said China takes an active part in the reform of the global governance system, and upholds genuine multilateralism, which is part of diplomacy with Chinese characteristics. China has always opposed any country that uses its hegemony or economic and military power to interfere in the internal affairs of other countries, or impose its demands on smaller countries. As a result, China supports the United Nations-centered global governance system.

Upholding the principles of multilateralism including openness, equality and fairness, China has called on all countries to collectively address international issues. The Global Development Initiative and Global Security Initiative China has proposed advocate comprehensive, balanced, cooperative and sustainable development and security concepts and programs, and have been warmly received by the international community, because it knows that forming exclusive groups and small ideological circles will only worsen the already complex international situation.

Although the content on diplomacy in the report is concise, it conveys the importance of China's major-country diplomacy with Chinese characteristics to the international community.