Express delivery services now cover almost all townships and more than 80 percent of administrative villages in China, according to statistics recently issued by the State Post Bureau (SPB).

The expanded internet coverage has improved the penetration of express delivery services in rural areas and also helped farm produce grab a larger share in the urban market.

In recent years, new models have been tested across China to better introduce express delivery services to rural areas.

In Luotian county, in central China's Hubei province, a rural logistics tech firm has been established to integrate resources and lower shipping fares for deliveries within the county. So far, the firm has set up 10 township-level and over 200 village-level service stations, which bring quality logistics services to villagers.

As the per capita disposable income of the Chinese people rises, rural residents in China have a stronger consumption ability, and the constantly improving rural logistics system is exactly releasing the huge consumption potential in rural areas.

According to SPB data, there were over 100 million packages delivered to rural areas on a daily basis in the first half of 2022.

"Commodities are coming to us faster after we have an express delivery service station in our village," said a rural resident surnamed Tan in northwest China's Ningxia Hui autonomous region. 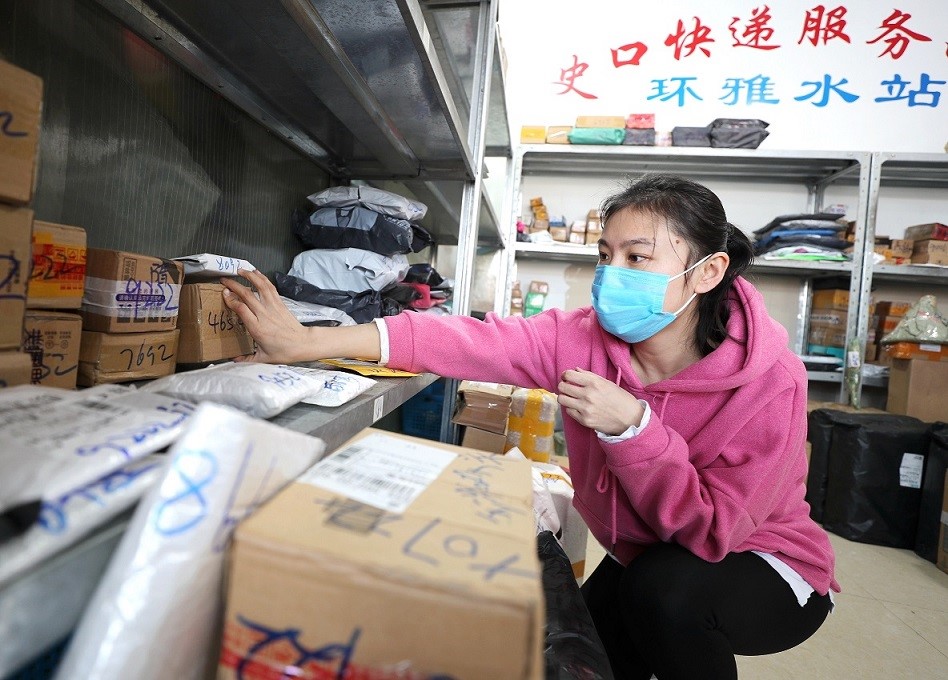 According to him, online shopping was costly logistics-wise and the deliveries often took a long time in the past - there was no free shipping and it took him around a week to receive the commodities.

Now, with an express delivery service station in his village, some commodities he buys online can arrive in just a couple of days.

Apart from faster deliveries, the better-built rural logistics system also enables rural residents to buy more quality products without even stepping out of their houses.

"Our house was renovated this year, and we bought most of the furniture and appliances online," said Zheng Zhihao, who lives in rural Shandong province in east China. He noted that there were more commodities on e-commerce platforms than in brick-and-mortar shops in the township, and the commodities were competitively priced online and could be delivered home.

Extending express delivery services to the countryside not only solves the "last kilometer" problem for rural consumption but also builds a solid first step for farm produce to hit the urban market.

Thanks to the better-built rural logistics system, more and more high-quality agricultural products are brought to urban consumers, which fosters a long-term and stable supply-demand relationship and significantly improves the income of farmers.

Fenghuang and Dade, two villages in Xichang, Liangshan Yi autonomous prefecture of southwest China's Sichuan province, have planted over 4,000 mu (267 hectares) of grapes and pomegranates, respectively. They both ship hundreds of thousands of kilograms of fruit to a dozen provinces across China through express delivery services, including Zhejiang and Guangdong.

Besides, warehousing and cold-chain logistics services are also extending to the countryside, solving a series of problems that once constrained the large-scale development of rural e-commerce, such as poor food preservation and high transport losses.