Harmony hailed as key on path to modernization 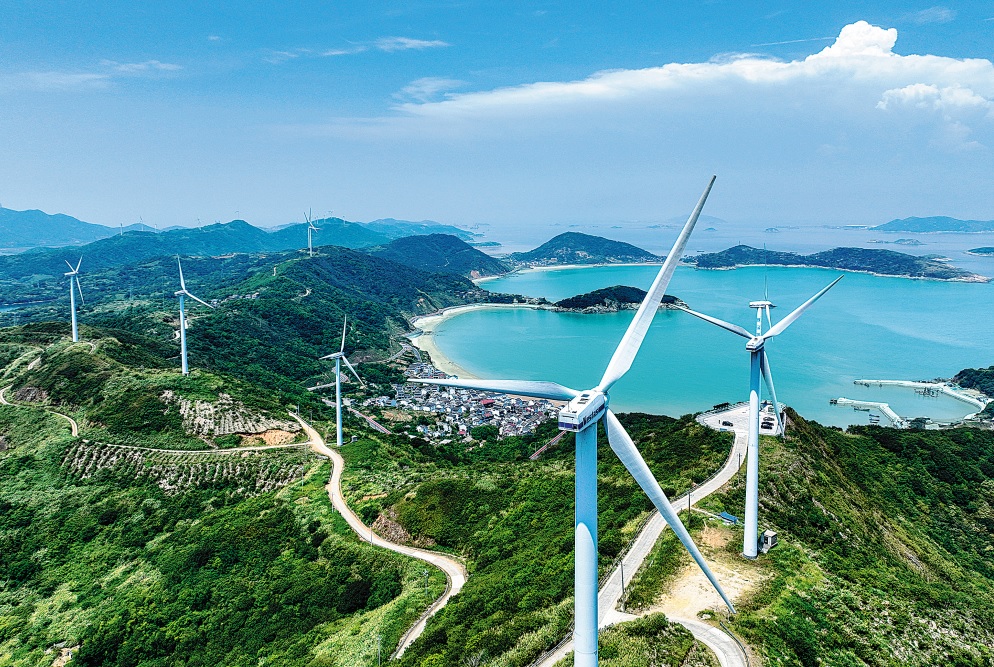 China has made tremendous progress in promoting modernization featuring harmony between humanity and nature, and more achievements are highly expected in this field as the nation forges ahead with its low-carbon transition, experts said.

The Chinese path to modernization offers many developing nations a route toward prosperity other than just following the Western model, they noted.

They made the remarks after Xi Jinping, general secretary of the Communist Party of China Central Committee, delivered a report on Oct 16 at the opening session of the 20th National Congress of the CPC, which concluded on Oct 22.

Xi said that China's modernization features a huge population, common prosperity for all, material and cultural-ethical advancement, harmony between humanity and nature, and peaceful development.

"Respecting, adapting to and protecting nature is essential for building China into a modern socialist country in all respects. We must remember to maintain harmony between humanity and nature when planning our development," Xi said.

This is not the first time Xi has emphasized modernization featuring harmonious coexistence between humanity and nature. In an article published in June in Qiushi Journal, the flagship magazine of the CPC Central Committee, he highlighted harmony as one of the vital characteristics of China's socialist modernization.

What has happened proves that the construction of an ecological civilization and green, low-carbon and circular development not only meet people's ever-growing demand for a beautiful environment, but also enable China to achieve higher-quality development that is more efficient, equitable, sustainable and secure, the article said.

Dimitri de Boer, chief representative for China and regional director for Asia of ClientEarth, an environmental law organization, said that with its "tremendous progress" in the past 10 years in its environmental transition, "China is certainly moving in the right direction".

"I do believe China can achieve harmony between humanity and nature."

China has decoupled economic growth from emissions — carbon emissions per unit of GDP have decreased by 34.4 percent over the past 10 years, while its GDP has more than doubled, de Boer said.

According to the Ministry of Ecology and Environment, China has achieved average annual economic growth of 6.6 percent in the past 10 years, with a yearly increase of 3 percent in energy consumption.

De Boer said that the next decade will be even more important in promoting modernization featuring harmony between humanity and nature, as China strives to peak carbon dioxide emissions before 2030 and realize carbon neutrality before 2060.

"China has all the resources, technologies and ingenuity to achieve robust economic growth and provide sufficient, secure, low-carbon power," he said.

He also stressed the global significance of China's transition.

China is now a very important global investor and trading partner. Sometimes, investment and trade can be associated with environmental problems in other countries. "I'm really encouraged to see that the government is actively working to reduce such problems," he said.

In a move to make the Belt and Road Initiative greener, the Ministry of Ecology and Environment and the Ministry of Commerce updated a 2013 guideline on environmental protection in overseas operations early this year, asking Chinese companies to adhere to environmentally friendly approaches for their projects from start to finish.

"And in this way, China can show developing countries a green pathway to achieving higher standards of living for their population," he said.

Wang Hongxin, dean of Beijing Normal University's Academy for Global Development, said he believes the country's experiences in promoting modernization can be instructive to other developing nations.

Modernization featuring harmony between humanity and nature can effectively address the development problems witnessed in the Western model of industrialization, which merely generates material wealth by plundering natural resources at the expense of the environment, he said.

He said that China's endeavors will also inject direct impetus into global climate governance and help accelerate the process to realize the United Nations 2030 Agenda for Sustainable Development.

Though China doesn't have a traditional automobile industry as strong as that in Germany, Japan and the United States, it's much easier for China to take the initiative and become a dominant player in the electric vehicle industry.

"Let's forget this old idea that we need to destroy the planet to have economic progress. The future is win-win, good for ecology and good for the economy at the same time," he said.