During the 2022 Financial Street Forum annual conference, which concluded on Wednesday, China's financial policymakers sent new opening-up signals, saying that investors from all over the world are welcome to explore the Chinese market and collaborate with China in accelerating global economic recovery.

"Opening-up has remained China's fundamental strategy, and our financial industry is ushering in a phase of high-level opening-up," Guo Shuqing, chairman of the China Banking and Insurance Regulatory Commission, said while addressing the forum.

"We will, as always, welcome foreign financial institutions with sound operations, good qualifications and outstanding specialization to participate in the Chinese market and share the growth opportunities of the century," the chairman said. 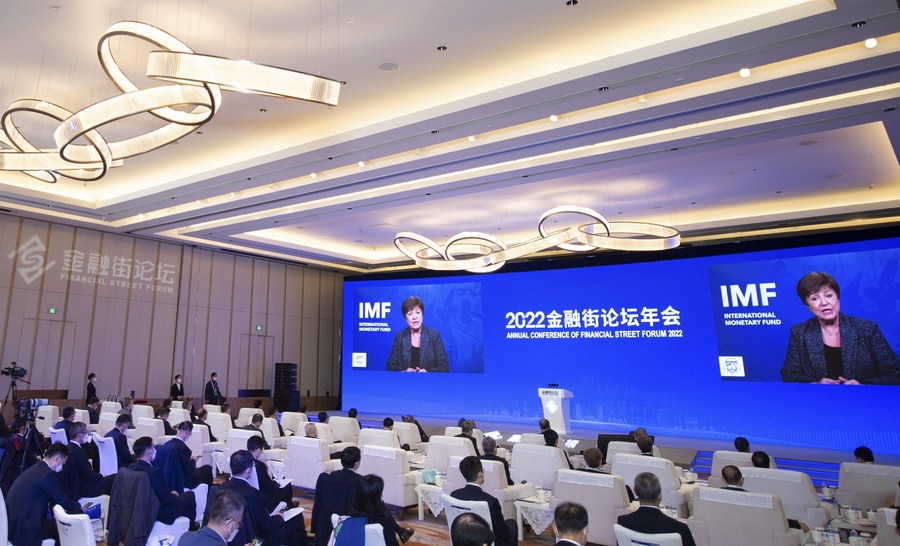 This photo taken on Nov. 21, 2022 shows the opening ceremony of the Annual Conference of Financial Street Forum 2022 in Beijing, capital of China.

Amid unremitting efforts to open up more broadly, China in October released a new catalog of industries where foreign investment will be encouraged. As the catalog shows, more Chinese sectors will be opened to foreign investors.

According to a recent survey by the China Council for the Promotion of International Trade, foreign investors have maintained an optimistic outlook regarding the Chinese market, and have spoken highly of the country's business environment and macroeconomic policy.

In his speech at the forum, Andrea Bonomi, chairman and founder of private equity firm Investindustrial, shared stories about his company's cooperation with the China Investment Corporation. Bonomi spoke of the China-Italy Industrial Cooperation Fund (CIICF), a fruit of the partnership between the two companies.

Founded in 2020, the CIICF has sponsored an array of Italian firms to thrive in the Chinese market. A case in point is Guala Closures, an Italian manufacturer of spirits and wine closures. 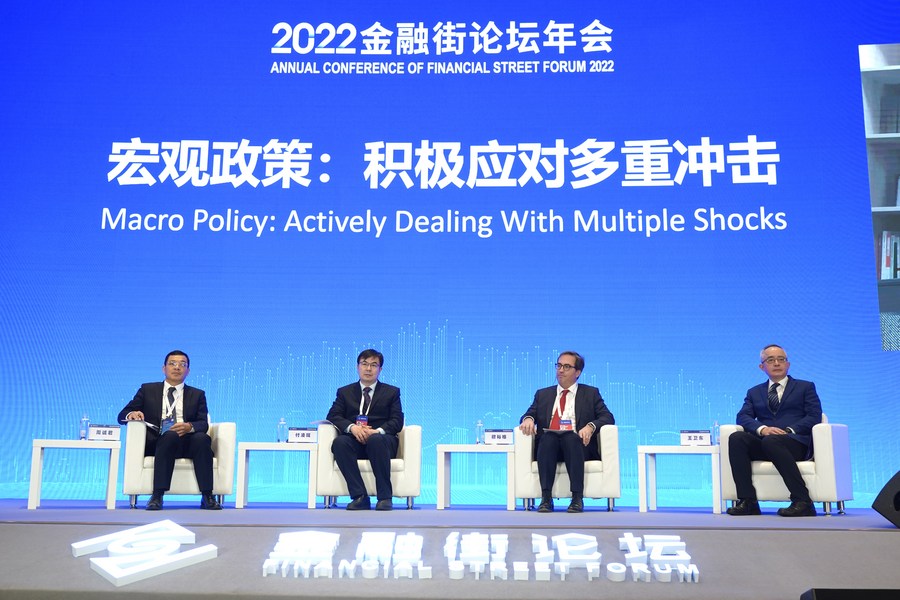 This photo taken on Nov. 21, 2022 shows the scene of a session themed "Macro Policy: Actively Dealing With Multiple Shocks" during the Annual Conference of Financial Street Forum 2022 in Beijing, capital of China.

China's rapidly-growing spirits market is very attractive and brings many opportunities to foreign businesses, said Gabriele del Torchio, CEO and chairman of Guala Closures, which has established a new factory in southwest China's Sichuan Province with the backing of the CIICF. Del Torchio added that his company hopes to bring benefits to the Chinese economy with Italian technologies.

The latest data from China's Ministry of Commerce shows that foreign direct investment in the Chinese mainland, in actual use, expanded by 14.4 percent year on year to nearly 1.09 trillion yuan (about 152 billion U.S. dollars) in the first 10 months of 2022. Investment in the hi-tech sectors, in particular, jumped by 31.7 percent.

Belinda Tanoto, a member of the executive management board of Singapore's Royal Golden Eagle (RGE) Group, said that the enterprise's rapid development in China could not have been achieved without the support of major financial institutions in the country.

Since RGE Group entered China in the 1990s, it has invested more than 80 billion yuan in provinces and cities such as Beijing, Shandong, Jiangsu, Shanghai and Guangdong. This year alone, its total number of employees in China increased from 12,000 to 15,000.

In September this year, with the strong support of Chinese financial institutions such as the Industrial and Commercial Bank of China, RGE Group's mass production of Lyocell, a natural biodegradable fiber used to produce high-quality textiles and personal hygiene materials, was realized in Liyang, east China's Jiangsu Province.

"In China, we have cultivated an extensive network of suppliers who manufacture critical engine parts and components for us. They are an essential part of our global supply chain," said Arvind Balan, CFO of Civil Aerospace Rolls Royce.

"Going forward, we will continue our commitment to the Chinese market and invest so we continue to provide the best products and services to our Chinese customers for the future. China is and will be an integral part of our strategy," he said. 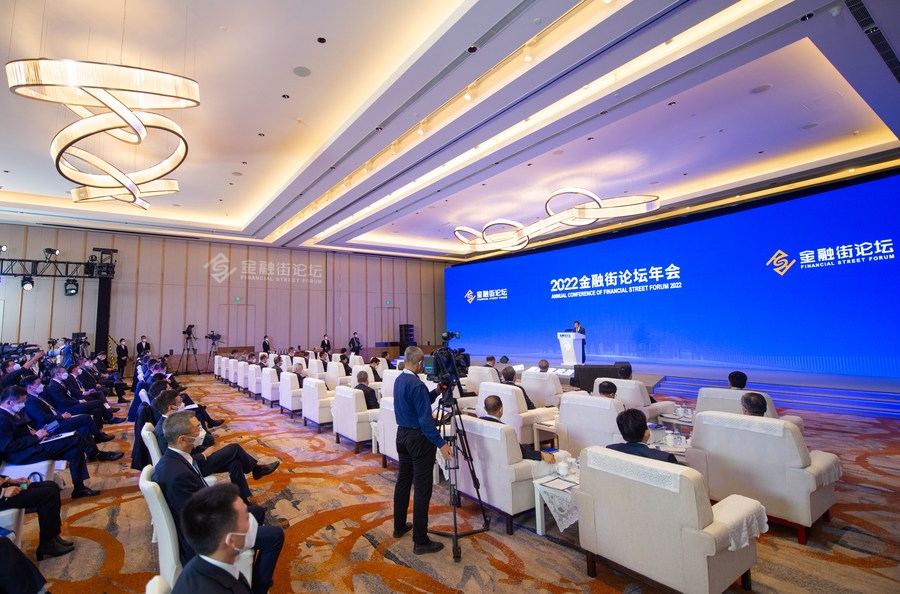 This photo taken on Nov. 21, 2022 shows the opening ceremony of the Annual Conference of Financial Street Forum 2022 in Beijing, capital of China.

The regulations, effective from Jan. 1, 2023, were jointly released by the People's Bank of China and the State Administration of Foreign Exchange to facilitate the opening-up of the domestic bond market.

Under the regulations, foreign institutional investors will have more channels for foreign exchange hedging, and the limit on the number of counterparties in over-the-counter transactions will be removed.