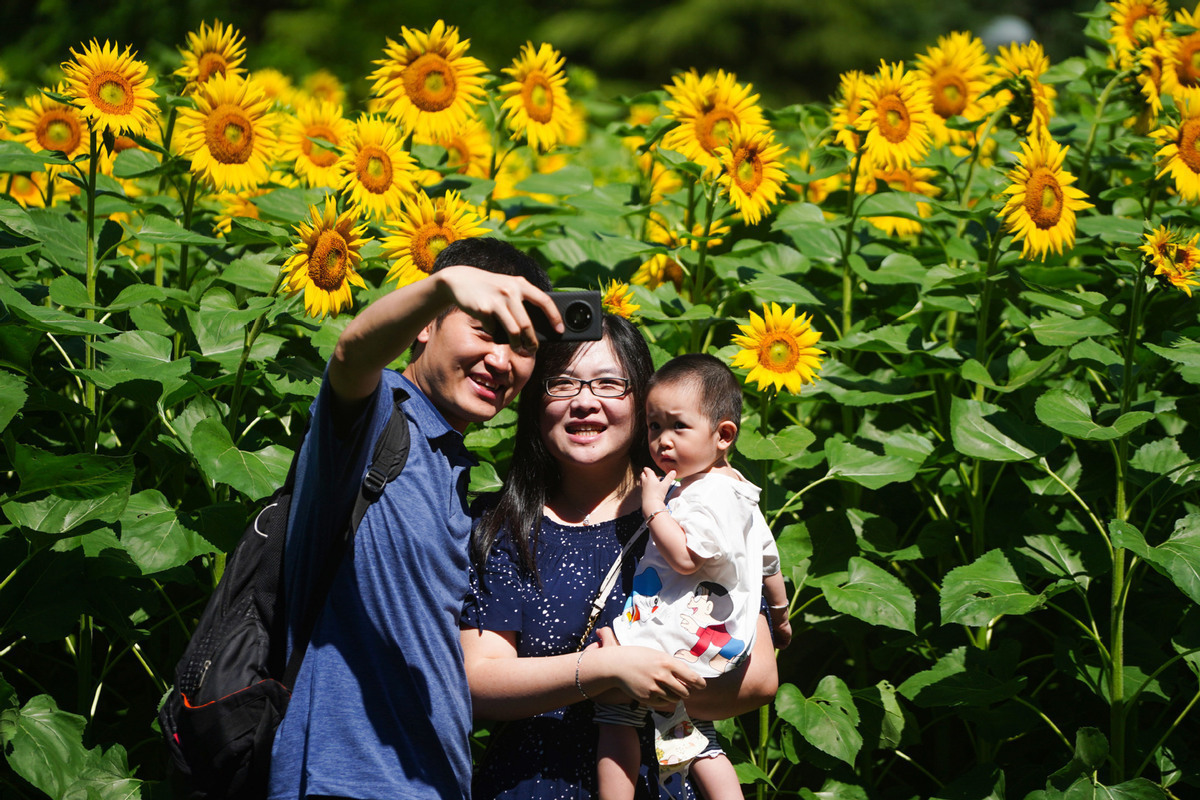 A family takes photos against a backdrop of blooming sunflowers at the Olympic Forest Park in Beijing, on July 4, 2021.
Photo by Xinhua

HEFEI — A group of Chinese scientists has developed a new method to preserve ovarian follicles of mice at very low temperatures, increasing their viability by more than 30 percent after recovering, compared with conventional methods.

The results shed light on a promising approach for fertility preservation in women, according to the study published in the journal Nature Communications.

For prepubescent girls or women in urgent need of cancer treatment, follicle cryopreservation is almost the sole option to preserve their fertility.

However, the protective agents used in the current method of follicle cryopreservation often lead to a poor result due to their high concentration and toxicity, said the paper.

Researchers from the University of Science and Technology of China, in collaboration with counterparts from the First Affiliated Hospital of Anhui Medical University, reduced the demand for the highly toxic protective agents and lowered their concentration by 75 percent, said the paper, increasing the viability of mouse follicles by more than 30 percent.

In further research, egg cells obtained from these follicles were fertilized in vitro and developed into healthy mouse pups after embryo transfer, said Zhao Gang, the research leader at the university.

The patent for this technology has been filed and is expected to be applied clinically in related hospitals in Anhui province in the next year, Zhao added.