China's CPI up 1.6 pct in November 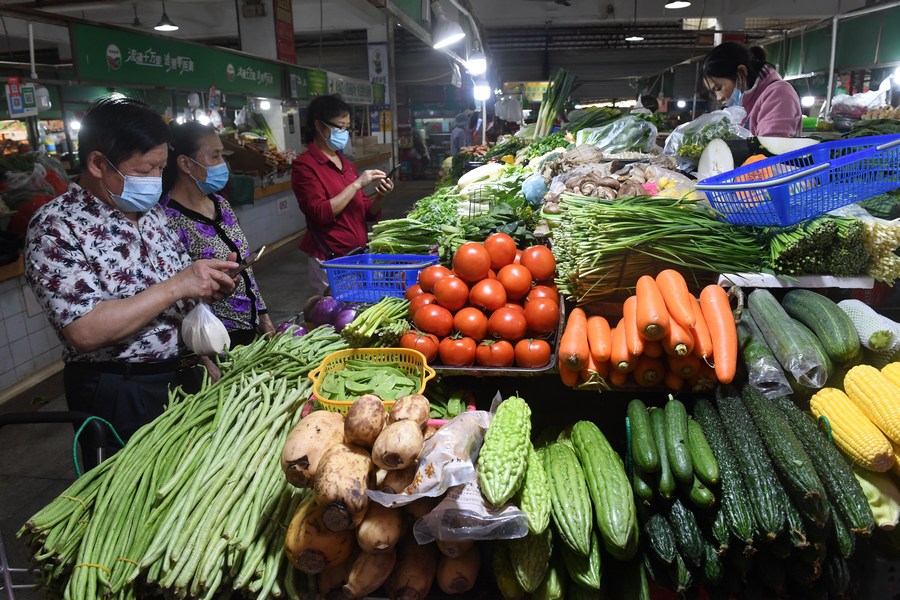 On a monthly basis, the CPI edged down 0.2 percent, affected by domestic COVID-19 outbreaks and seasonality, noted Dong Lijuan, a senior statistician with the NBS.

Food prices reversed the 0.1-percent gain in October to fall 0.8 percent month-on-month, lowering the monthly consumer inflation by about 0.14 percentage points, according to the data.

Specifically, the price of pork, a staple meat in China, edged down 0.7 percent in November from the previous month. Authorities have been releasing pork from the central reserves in recent months and hog production kept rising, Dong said.

Non-food prices rose 1.1 percent from a year earlier, unchanged from October. The prices of gasoline, diesel, and liquified petroleum gas went up by 11.4 percent, 12.3 percent, and 4.6 percent year on year, respectively.