China adjusting its COVID-19 protocol after almost three years of the strict pandemic prevention and control policy should be a monumental event for the Chinese people, and for the world as well. It is a significant move to revive the global economy, particularly the global tourism industry.

Yet Europe's response to China's move appears ambiguous and in stark contrast to the soft COVID-19 policy that European countries have been following at home.

Many Western politicians and observers have been criticizing China for drastically easing the anti-pandemic policy. The West viewed life under lockdown in China through the ideological lens as if the policy emerged out of China's political system and not because of the threat the novel coronavirus posed to people's lives and health at that time.

China puts people's lives before profit, which distinguishes it from the West. And although the people-first approach cost China a lot of money, it saved millions of lives.

But ever since China announced that it would ease the strict anti-pandemic measures from Sunday, an atmosphere of fear for public health has been building not only in Europe but also in many other parts of the world.

The rising fear in Europe and North America that visitors from China will carry some new variants or sub-variants of the virus and spread it in those regions is nothing but speculation, and bad speculation at that. Also, many claim that the Chinese COVID-19 vaccines are not as effective as the Western ones, even though many cases of Westerners being infected (even twice or thrice) by the virus despite being fully vaccinated have been reported.

China has had 300 times fewer deaths than the United States. But the West has been using the surge in Omicron infections across China to question the country's official data on COVID-19 deaths.

Besides, for Chinese people visiting some countries, it is not enough to show a pre-boarding negative COVID-19 test or proof of full vaccination to enter a country. Italy was the first European country to start testing passengers arriving from China at its main airports and has urged the European Union to take coordinated action.

What will Europe gain by imposing strict restrictions on travellers from China? Leading medical experts and some reputable institutions in Europe say the restrictions are unjustified, and politically motivated, and will not prevent the rise in cases or protect the people in Europe against the "twindemic" of flu and COVID-19. The number of people infected with other variants in Europe is already very high and it has nothing to do with China.

Why then is Europe so concerned about China's decision?

That's a very difficult question to answer. But the European Union and the United Kingdom initially welcomed China's decision to relax its travel protocol. And yet 48 hours later their governments changed course, subjecting travellers from China to strict COVID-19 checks.

The moves by the EU, the UK, as well as Japan, can be seen as their attempt to remain politically aligned with the US, which first started testing visitors from China for COVID-19 at its airports.

More important, the West has no authority to decide China's anti-pandemic policy. But for almost a year now, it has been pressing China to allow visitors from other countries to enter the country without quarantine or testing for the virus. In other words, the West has been asking China to abandon its dynamic clearing policy, because it's too harsh and has been in effect for too long.

Ironically, some Western politicians and media are criticizing China for lifting those very anti-pandemic measures now.

The West's reaction to China easing its anti-pandemic measures exposes its double standard. In fact, the measures to strictly check visitors from China tell us a lot about the geopolitical games the West plays.

Perhaps there is a connection between subjecting visitors from China to rigorous tests and the US' geopolitical strategy vis-à-vis China. To be sure, the US is the main architect of a relatively new policy to contain China's technological and economic progress, and has been misusing the pandemic to hurt China.

Washington believes the best way to deal with China is to continue spreading lies against it. Anti-pandemic measures including requiring visitors from China to undergo a series of medical checks should be seen as a demonstration of the unity of the West. But that makes the West look more chaotic than united.

The world can't go back to 2019. But it can enter a new era free of lockdowns and mass testing. President Xi Jinping has urged all countries to follow that path, because in the end, what matters is whether the people are happy or not. And the West and China need and have the ability to cooperate to make sure people across the world live a happier, better life. 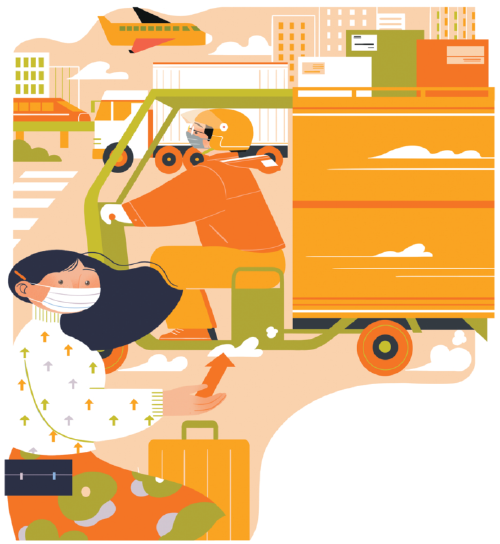