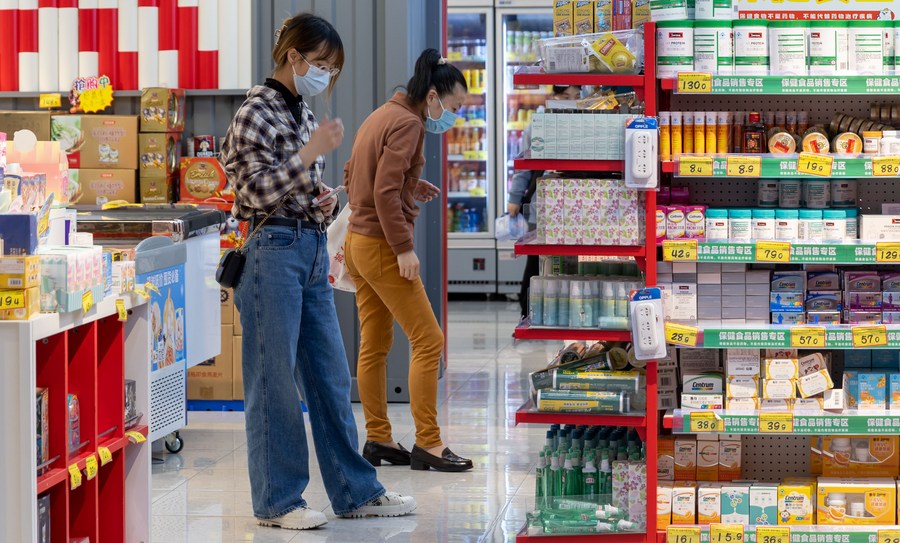 China registered mild inflation in 2022, with the consumer price index (CPI) growing by 2 percent from a year earlier, well below the government's annual target of 3 percent.

The reading is in sharp contrast to the high level of international inflation and confirms China's role as a stabilizer for the world economy, in the face of downward pressures and uncertainties.

"Prices have remained stable in 2022, which fully demonstrates the strong resilience of the Chinese economy, the large size of the market, and the effectiveness of measures to maintain supply and stabilize prices," said Guo Liyan, a researcher with the Chinese Academy of Macroeconomic Research.

In December 2022, China's CPI rose 1.8 percent year on year, up from 1.6 percent in November, the National Bureau of Statistics (NBS) said Thursday.

"Prices were generally stable in December thanks to China's efforts to better coordinate epidemic response and economic and social development, and the country's adoption of measures to ensure market supply and stabilize prices," said senior NBS statistician Dong Lijuan.

The producer price index (PPI), which measures costs for goods at the factory gate, went up 4.1 percent year on year in 2022. The PPI edged down 0.7 percent in December, the NBS data showed.

China's mild inflation made it an outlier compared with other major economies -- where consumer prices skyrocketed due to a spike in energy and food costs, as well as supply chain snags.

Inflation for the whole of 2022 was around 8 percent in the United States, above 8 percent in the eurozone and around 9 percent in Britain. Emerging economies such as India, Brazil and South Africa saw price growth of 7 to 10 percent during the first 11 months of 2022, said Wan Jinsong, an official with the National Development and Reform Commission.

He attributed the country's moderate inflation to its efforts to stabilize grain, hog and energy prices and anchor market expectations.

Looking at the prospects for 2023 -- although international commodity prices may fluctuate at high levels and imported inflationary pressures still exist -- there is a solid basis for China's consumer prices to stay steady, Wan said.

The CPI is expected to rise 2.1 percent year on year in 2023, slightly higher than that in 2022, said Wen Bin, chief economist with China Minsheng Bank.

As for the PPI, Wen said it may exit deflation gradually as the economy is poised to rebound this year.