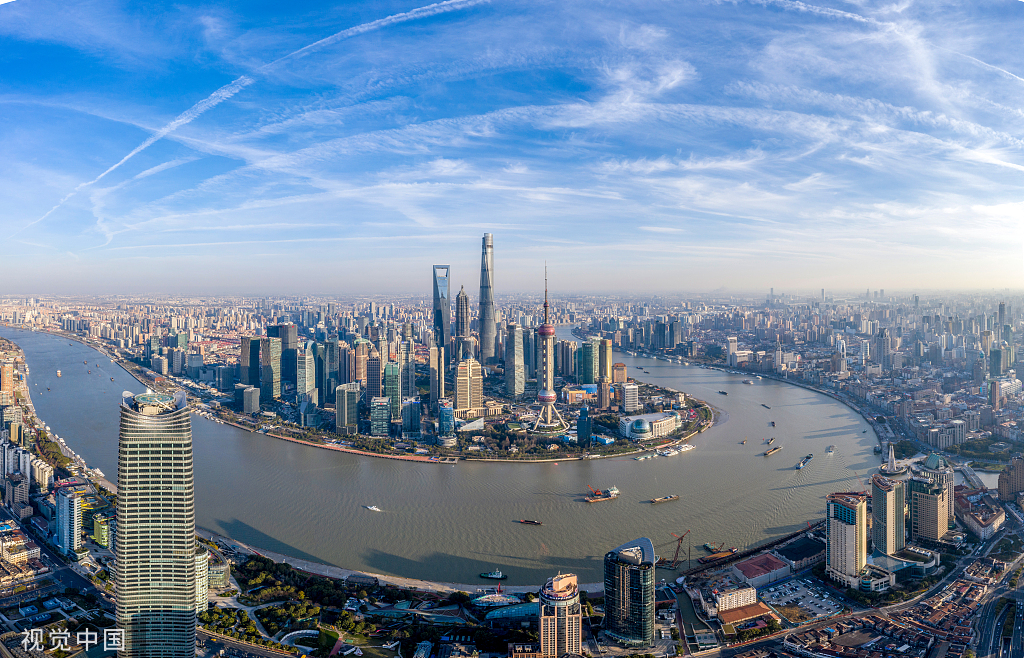 A view of the Huangpu River in Shanghai. [Photo/VCG]

Foreign media outlets have successively predicted that with the implementation of favorable economic policies, China's ultra-large market will release more dividends and bring new opportunities for the recovery of the world economy, and a number of foreign investment banks have also raised their forecast for China's economic growth this year.

Due to intensified geopolitical tensions, pandemic outbreaks and high inflation, the prospect for the global economy is not optimistic. In this context, the international community is shifting more attention eastward, especially to China. China is committed to keeping its economy on the track of high-quality development driven by innovation and new growth drivers, while trying to expand domestic demand.

China's high-tech industry is becoming a hotspot for global investment. Despite its economic downturn and pandemic pressure, China has made remarkable achievements in electric vehicles, artificial intelligence, the digital economy, aerospace technology, deep-sea exploration and other fields, and its high-quality development has enhanced its economic innovation and sustainability and injected new impetus into world economic development.

With a population of over 1.4 billion and a middle-income group of over 400 million, China imports about $2.5 trillion in goods and services every year, making it the world's mega-large market. In the long run, China's consumer market is still resilient and its overall trend of consumption expansion and upgrading has not changed. China's top authorities have repeatedly stressed that the country will focus on expanding domestic demand and prioritize consumption. This will release more dividends for other countries. That is why Goldman Sachs and other international banks have raised their forecasts for China's economic growth in 2023.

China began to lower its overall tariffs again on Jan 1, and 1,020 categories of goods now can enjoy a tariff lower than the most-favored-nation tariffs. The agreed tariff rate on some goods originating in Indonesia under the Regional Comprehensive Economic Partnership was also implemented from Jan 2. China has also submitted entry applications to the Comprehensive and Progressive Agreement for Trans-Pacific Partnership and the Digital Economy Partnership Agreement. All this shows that China's desire to bring new opportunities to other countries will not change.