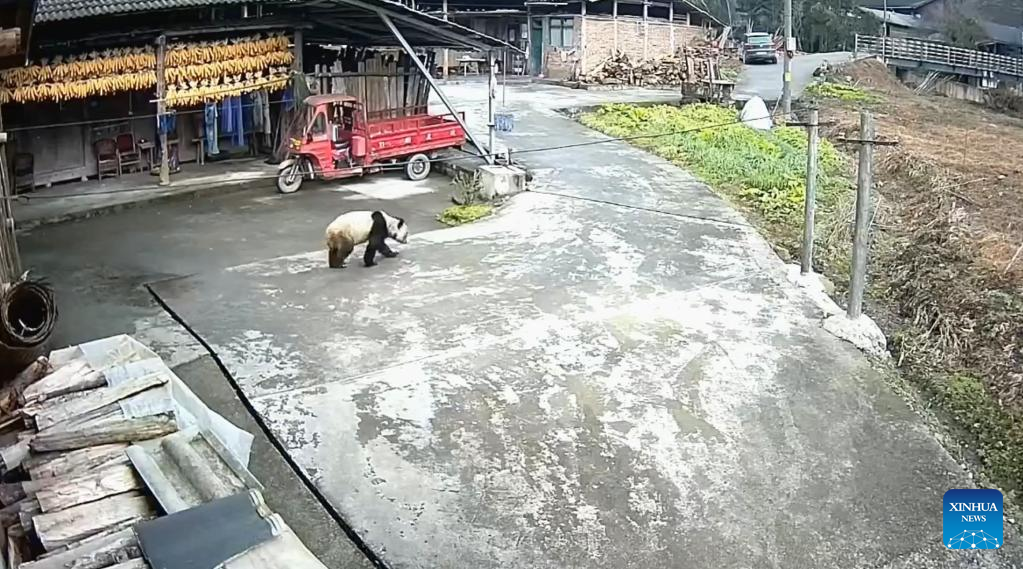 A wild giant panda in Lushan County in Ya'an City, southwest China's Sichuan Province, has been rescued through the joint efforts of local villagers, forestry authorities, police and experts, after it was found in a villager's courtyard.

On Thursday morning, local police received a report that a giant panda had been found in a villager's courtyard in Xiaohe Village, Dachuan Township. The wild animal did not look well when discovered, laying there motionless, and it was seemingly lethargic and had a poor appetite for the meat and apples it was offered, according to witnesses.

Local police and forestry officials rushed to the site after receiving the report of the giant panda. Though no visible signs of trauma were found, local forestry workers speculated that it was likely unwell or searching for food and water, leading it to travel down the hill and into the village.

At approximately 4 p.m. Thursday, experts from the Bifengxia panda base in Ya'an, under the China Conservation and Research Center for the Giant Panda, took the wild panda to the center's veterinary hospital for further observation and care.

The animal was later confirmed to be an adult male weighing approximately 58 kilograms. Experts gave the panda preliminary first-aid measures and further physical examination and medical treatment are underway.

Dachuan Township is part of the Lushan section of the giant panda national park, and several villagers have recently reported traces of wild giant pandas.

This is the third time that wild pandas were reported to have visited local villages since December 2022.