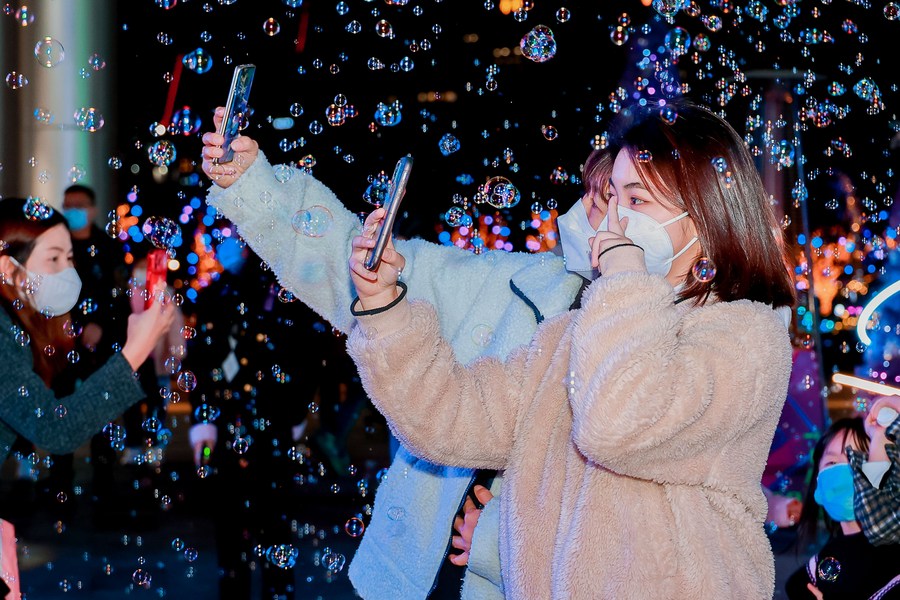 China has seen about 52.7 million domestic tourist visits during the three-day New Year holiday, up 0.44 percent year on year, according to the Ministry of Culture and Tourism on Monday.

The tourism revenue generated over the holiday has reached over 26.5 billion yuan (about 3.8 billion U.S. dollars), up 4 percent from the same period last year, according to the ministry.

China's cultural and tourism market has remained stable and orderly during the holiday, which ends on Monday, it added.

Short-distance tours are especially favored by travelers during the period, with sustained popularity for ice and snow activities, camping, and role-playing games among young people, the ministry noted.

The data also shows a steady recovery in the country's medium- and long-distance travel, the ministry said, adding that some online travel agencies reported a marked increase in ticket bookings for cross-provincial and cross-border tourism over the holiday.