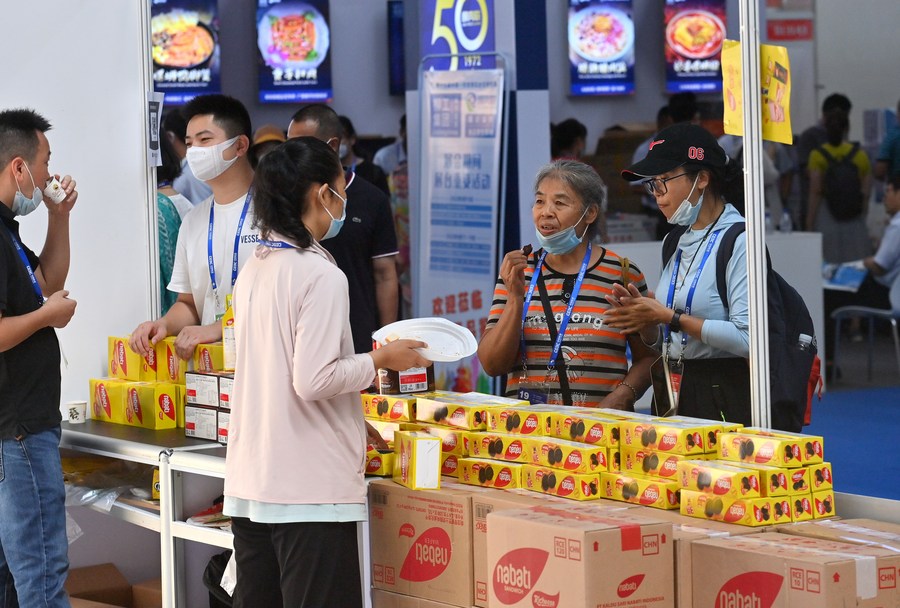 On Monday, the Regional Comprehensive Economic Partnership (RCEP) officially came into force for Indonesia, and on the same day, Shandong, a province in east China, issued the first RCEP certificate of origin for export to Indonesia.

The certificate of origin will cut the tariff rate of a batch of frozen salmon produced by Qingdao SanMu Aquatic Products Co., Ltd. in Qingdao, Shandong, from 10 percent to zero.

"This means we can be exempted from tariffs in Indonesia by over 2 million yuan (about 287,170 U.S. dollars) every year," said Sun Junzhi, general manager of the company.

Customs data show that ASEAN is currently Shandong's largest trade partner, among which Indonesia is a major export destination.

In the first 11 months of 2022, Shandong's export value to Indonesia reached 39.01 billion yuan, up 29.3 percent year on year. The new move is surely a good tiding to trade companies from both sides.

Countree Food is a Qingdao-based manufacturer of canned vegetables and fruits with an annual turnover of over 100 million U.S. dollars. The company imports tropical fruits and other raw materials from Indonesia and other Southeast Asian countries and processes them into canned mixed fruits for export.

"After the RCEP comes into effect in Indonesia, it will be easier for us to reach the benefit threshold and enjoy relevant preferential policies," said Shang Huiming, chairman of Countree Food.

Shang expects that the company's import of pineapple, pineapple juice, and other raw materials from Indonesia in 2023 will increase by at least 15 percent year on year under the RCEP.

An internet platform has been set up by the RCEP Shandong Enterprise Service Center, which has handled more than 100,000 inquiries by nearly 6,000 users, helping enterprises make full use of the RCEP preferential policies.

According to Wang Ke, head of the center, it is planning to set up an office in Indonesia to better facilitate bilateral trade.