Despite three years of COVID-19-related challenges, China remains a desirable market for foreign enterprises, according to executives interviewed by China.org.cn. As restrictions are lifted and after the Central Economic Work Conference offered hopeful signs, confidence in the Chinese market is being restored. 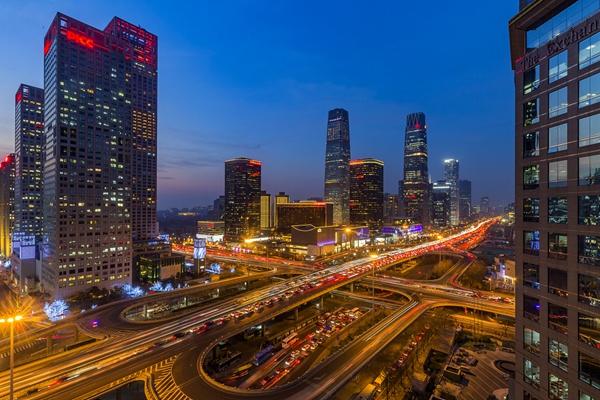 "In the past three years, the epidemic has brought a great impact on the global economy and society that cannot be ignored. China has set a good example of coordinating the prevention and control of the epidemic, while driving the development of the economy. China has also continued to adhere to the dual circulation model and promotes high-level opening up through in-depth reform," said David Zhang, executive vice president of Nestlé S. A. and CEO of Nestlé Zone Greater China.

He continued, "The recent Central Economic Work Conference and the political bureau's meeting set the tone for the key work of 'stabilizing growth, expanding domestic demand, and attracting and utilizing foreign capital more vigorously,' which has injected great confidence into foreign enterprises in China like Nestlé."

He added that China is Nestlé's second-largest market. Since the onset of the pandemic, Nestlé has invested 1.44 billion yuan ($207 million) in China. It expects these investments to bring new impetus to local economic development, people's livelihoods and employment, and promote the local food industry, consumption diversification and sustainable development. Moreover, Nestlé promoted China to one of its five key zones in 2022, showing the importance of the Chinese market and its determination to succeed in China over the long term.

"In addition, Nestlé is honored to perfectly match the policy direction of the Chinese government on climate issues and to continue to help China achieve its dual-carbon strategic goals through practical actions in sustainable development," he said.

According to a recent survey conducted by the China Council for the Promotion of International Trade (CCPIT) of more than 160 foreign-funded enterprises and foreign chambers of commerce, 99.4% of surveyed enterprises were confident about China's economic development in 2023 and would continue investing and sharing the benefits of China's growth. Moreover, 98.7% intend to maintain and expand their investments in China, 89.8% aim to retain their industrial chains in China, and 10.2% plan to transfer their overseas industrial chains to China.

"I recently visited the United States, France, the Netherlands, Italy and many other countries and met with many entrepreneurs and investors. They were very curious about China's economic development after the pandemic. The Asia America MultiTechnology Association (AAMA) in Silicon Valley of the United States even specially organized a symposium for me to exchange opinions," said Dr. Jack Gao, CEO of Smart Cinema and a former senior executive at Microsoft, News Corporation, and China's Wanda.

"Overseas investors pay special attention to China's continuing high-level opening-up and economic transformation and upgrading while pursuing high-quality development and are looking for new opportunities to invest in China in the new year. I believe that the Central Economic Work Conference's request for increased efforts to attract and utilize foreign capital next year will greatly enhance their enthusiasm and confidence," he told China.org.cn.

According to Shu Jueting, a Ministry of Commerce spokeswoman, the latest data released by the Ministry of Commerce showed that China's foreign direct investment (FDI) in the first 11 months of the year rose 9.9% from a year earlier to 1.16 trillion yuan. In U.S. dollar terms, the inflow was up 12.2% year on year at $178 billion. Among them, the growth rate of foreign capital in high-tech industries exceeded 30%.

"China will continue to optimize the structure of foreign investment, implement the new version of the catalog of industries to encourage foreign investment and guide global businesses to invest in key areas including high-end manufacturing, modern services, environmental protection and technological innovation in 2023," she said during an online news conference on Dec. 23.

"The most efficient growth of China's economy in recent quarters has come from high-tech industries, especially new energy vehicles. Compared with traditional manufacturing, high-tech industries rely more on international exchanges and cooperation," noted Michelle Chang, Ph.D. in History at Stanford University, who is also a long-time observer of China's economy and international relations.

"The rise of China's new energy vehicles not only injects vitality into China's economy but also benefits the process of global sustainable development. Therefore, since high-tech and new energy industries will be an important source of China's economic vitality in the future, they will certainly accompany and promote China's further opening-up and internationalization."

Hugues Martel, founder and CEO of PureArts, an international collectible figurine company, is running his global business from Shenzhen.

"I believe China has lots to gain from foreign companies and the main point being the link between the creativity of products and the actual international clients they are aimed for. By gaining foreign investments, China guarantees itself strong knowledge from major players and a bridge to bring in cash flow from the rest of the world. Most foreign companies already have a strong overseas relationship with clients, that coupled with a strong production capacity can only mean great results," he said.

The Canadian businessman thinks the next year or two should gradually offer more opportunities for foreign investors and enterprises. "I do think that the crisis did scare some business owners, so some patience will be needed, but once it starts going again … those who trust China will be rewarded greatly."

He added, "The world really needs Chinese production and knowledge, and China needs worldwide clients ... so, by readjusting its policies, China should be key in helping a much-desired global recovery."