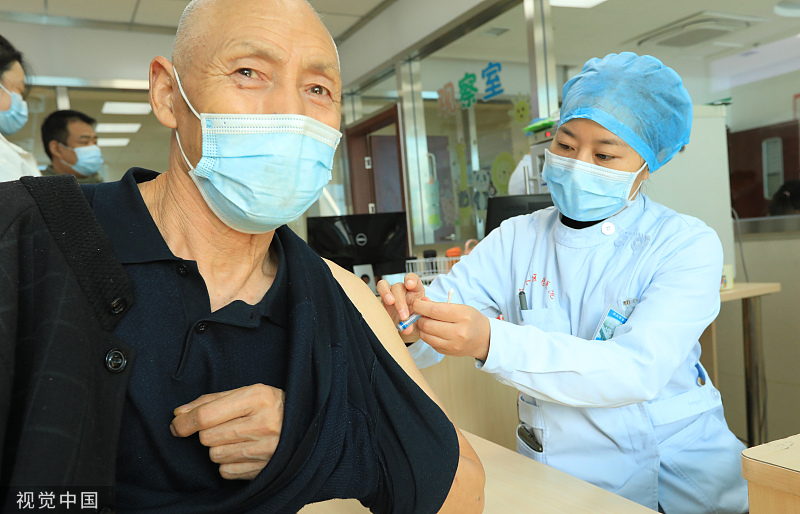 During the New Year's Eve address to ring in 2023 on Saturday, President Xi Jinping emphasized that "since COVID-19 struck, we have put the people and life first the entire time". He noted that China has entered a new phase of COVID response, where "we have adapted our COVID response in light of the evolving situation to protect the life and health of the people to the greatest extent possible". Xi called for doubling of efforts by the Chinese people in battling the virus as perseverance and solidarity mean victory.

Recently, some Western politicians and media have relentlessly and purposefully blamed China's relaxation of the dynamic zero-COVID policy as "putting the world in peril". At a time when populists barely conceal their scorn for China's new COVID-19 policy, the death of more than a million people in the US due to COVID-19 is more worthy of US policy debate.

Since the start of the pandemic, the Chinese government has effectively mobilized people and resources on a unprecedented scale. China has secured progress with concerted efforts nationwide by succeeding in keeping the virus at bay and deaths to an astonishingly low level compared with many Western countries, a piece of important evidence of Chinese governments' respect for human rights.

A report by the WHO-China Joint Mission issued on Feb 28, 2020 hailed China's COVID response as the most "ambitious, agile and aggressive disease containment effort in history"and "deep commitment of the Chinese people to collective action in the face of this common threat".

For much of the past three years, most Chinese have enjoyed a normal, virus-free life and have accumulated effective experience in dealing with and living with the virus. As the virus keeps mutating and the pandemic continues, what the public need is to raise their awareness of protective measures against the virus, further promote vaccination and beat the virus.

China's zero-COVID strategy did come at a huge cost. According to the data on health development in 2021 issued by the National Bureau of Statistics and the National Health Commission, the total health expenditure in 2020 and 2021 reached 14.7 trillion yuan, equivalent to the total amount from 2016 to 2018. Also, in April 2022 the National Health Insurance Bureau revealed that 3.2 billion doses of COVID-19 vaccine had been inoculated nationwide, costing more than 120 billion yuan.

By contrast, the US has refused to continue covering the cost of vaccines or testing for those without insurance of more than 30 million.

What unfolded since 2020 as well as SARS, first detected in China in 2002, raised questions about the weaknesses in China's healthcare system, including inadequacy of healthcare facilities and health-insurance scheme.

On the one hand, Chinese government ramped up efforts to develop the government-funded health-insurance scheme.

In 2009 the government unveiled a health reform plan with "universal health coverage" that aimed to provide affordable, basic care for everyone by 2020, with a special focus on rural residents. By 2011 the government-financed health insurance covered more than 95 percent of China's population in some form. The number of health workers per person had almost doubled (by more than 85 percent) and the number of hospital beds increased by about one and a half time by 2017. Thanks to a big increase in government health spending, the out-of-pocket payments for healthcare have fell from about 60 percent of households' health spending to 30 percent, according to a report on "Healthy China" by the WHO, the World Bank and the Chinese government in 2019. In contrast, the average out-of-pocket payments for healthcare were about 20 percent for the OECD, a club of rich countries.

On the other hand, Chinese government beefed up efforts to rebuild primary-care facilities or community-level facilities as a gateway to hospitals.

The community health centers or clinics were typically filled with less well-trained doctors and substandard equipment inferior. A national plan for healthcare development had called for community clinics to have 3.5 health workers per 1,000 residents served by 2020. The government latest health-reform plan, published in 2016, spent billions of dollars to build an effective primary-care system. As COVID cases rise, local governments decided to rebuild community clinics. In the city of Beijing 240 of the capital's community health centers had set up fever clinics by the end of November, and the remaining 110 or so had opened them as well in the beginning of December.