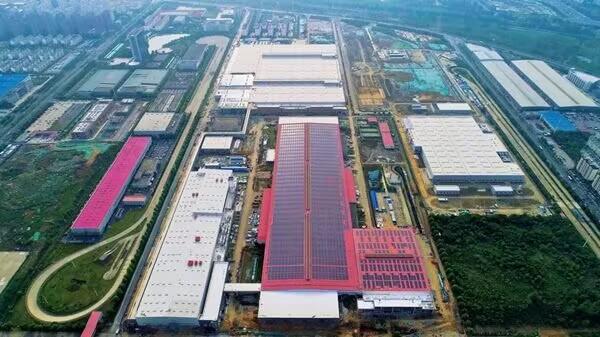 Multinational companies are showing confidence in China's economic outlook for 2023 and increasing their investments in the country, according to independent research firm Rhodium Group.

The largest firms that have sunkbillions of dollars into local assets are staying put and following through on their investment plans," said Rhodium Group.

The confidence was partly attributed to China's commitment to high-level opening-up, which the country outlined at the annual Central Economic Work Conference held last month.

"China's pandemic policies have allowed it the luxury of opening its society and economy when it was safe to do so," noted current affairs commentator Einar Tangen. "The hope is that changes to how China responds to the pandemic will usher in a strong economic V-shaped rebound."

In a recent research note, Morgan Stanley raised its forecasts for China's GDP growth in 2023 to 5.4% from its previous outlook of 5%. China's economic activity will return to pre-pandemic levels in the second quarter of 2023, and continue growing until the end of the year, Morgan Stanley experts added. The Economist Intelligence Unit and Goldman Sachs also revised up their growth forecasts for China in 2023 to 5.2%.

Data from the Ministry of Commerce showed that China's foreign direct investment in the first 11 months of 2022 rose 9.9% from a year earlier to 1.16 trillion yuan (about $167 billion).

Several multinationals are increasing their investment in China, including German automaker

Volkswagen, whichannounced investments of up to $3 billion in two new R&D-focused joint ventures in China in the second half of 2022.

Willie Tan,CEO of SkechersChina, a U.S.-based athletic footwear and apparel company, said Skechers will raise the number of its stores across China from around 3,000 in 2022 to up to 6,000 in 2026, citing China's focus on boosting domestic demand as a key factor.

Jason Peng, global vice president and group president for China of Danaher Corp, a multinational conglomerate based in the U.S., said that in addition to enhancing its capabilities for production, sales and innovation, the corporation will invest more to consolidate its industrial chain in China.

Pall Corp, Danaher'smicroelectronics filtration and purification business unit, has accelerated its localization drive in China by developing innovation and technical support facilities. The company will invest 70 million yuan from 2022 to 2025 to further expand its semiconductor products portfolio and the capacity of its plant in Beijing.

Openness is a vital measure to revive the economy, allowing the immediate reactivation of more economic and financial exchanges, according to Dr. Orlando Borras Hidalgo, an academician from the Cuban Academy of Sciences. "After the pandemic, it is important to show that China is the best place to invest and develop talent, based precisely on its advantages."