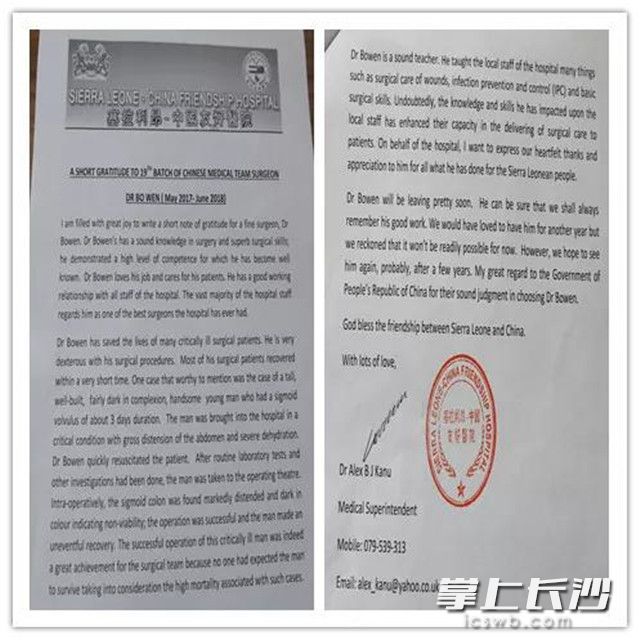 "His outstanding ability has made him a well-known person here," Kanu said in the letter.

"He is a good Chinese doctor who devoted himself to his work. We really appreciate it that the Chinese government can send him, an excellent surgeon, to our hospital," said a letter written by Dr Alex Kanu, the dean of Sierra Leone-China Friendship Hospital, that was put on the desk of the Health and Family Planning Commission of Hunan Province Wednesday.

The good Chinese doctor is Xiong Bangwen a Chinese doctor who won respect and admiration in Sierra Leone for his extraordinary medical skills and dedication during his deployment in the African country.

Xiong, a surgeon from the People's Hospital of Hunan Province, arrived in Sierra Leone with 19 other doctors in May 2017 to provide medical aid to the disease-ravaged country. Based at the Sierra Leone-China Friendship Hospital in Freetown, capital of Sierra Leone, Xiong's daily routine there is packed with surgeries due to a shortage of staff members.

On March 10, for example, a 35-year-old man who had suffered from acute abdominal pain for three days and had fallen into a clouded mental state was sent to the hospital. As the hospital was unequipped with modern medical facilities, such as a type B ultrasound scanner and CT scanner, a diagnosis couldn't be made.

Based on the limited availability of sophisticated medical equipment, Xiong used his rich clinical experience to diagnose a volvulus sigmoid colon.

此时，熊邦文刚连续完成两台手术，已经下班，但救人要紧，他毅然决定为患者进行剖腹探查术。The patient needed surgery immediately or risked losing his life. Although Xiong had just performed two operations in succession, he braced himself for his third operation in one day.

After four hours, Xiong and his team managed to save the critically ill patient in the first sigmoid colon torsion necrosis operation performed in Sierra Leone.

Last year, he and his teammates saved the life of a critically ill patient who suffered volvulus and intestinal necrosis, carrying out the surgery despite several power failures. 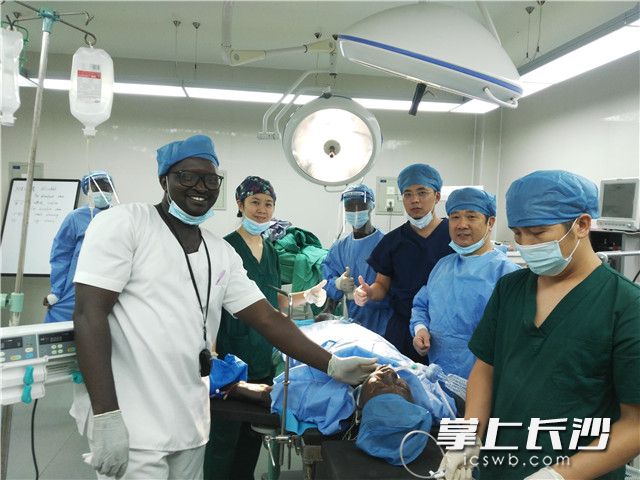 The medical team not only provided medical aid, but acted as a bridge that built a stronger friendship between the two countries.